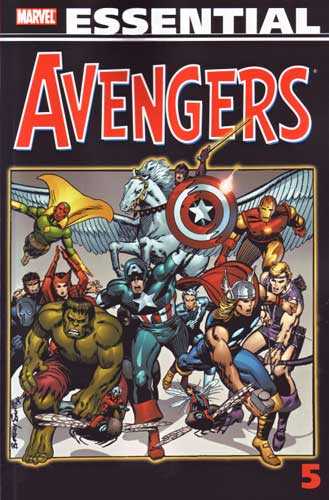 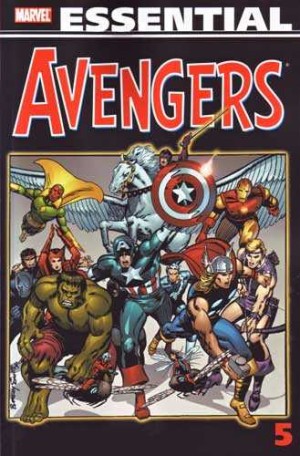 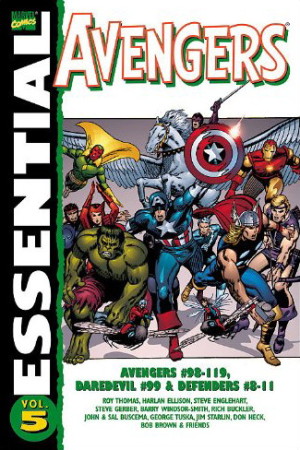 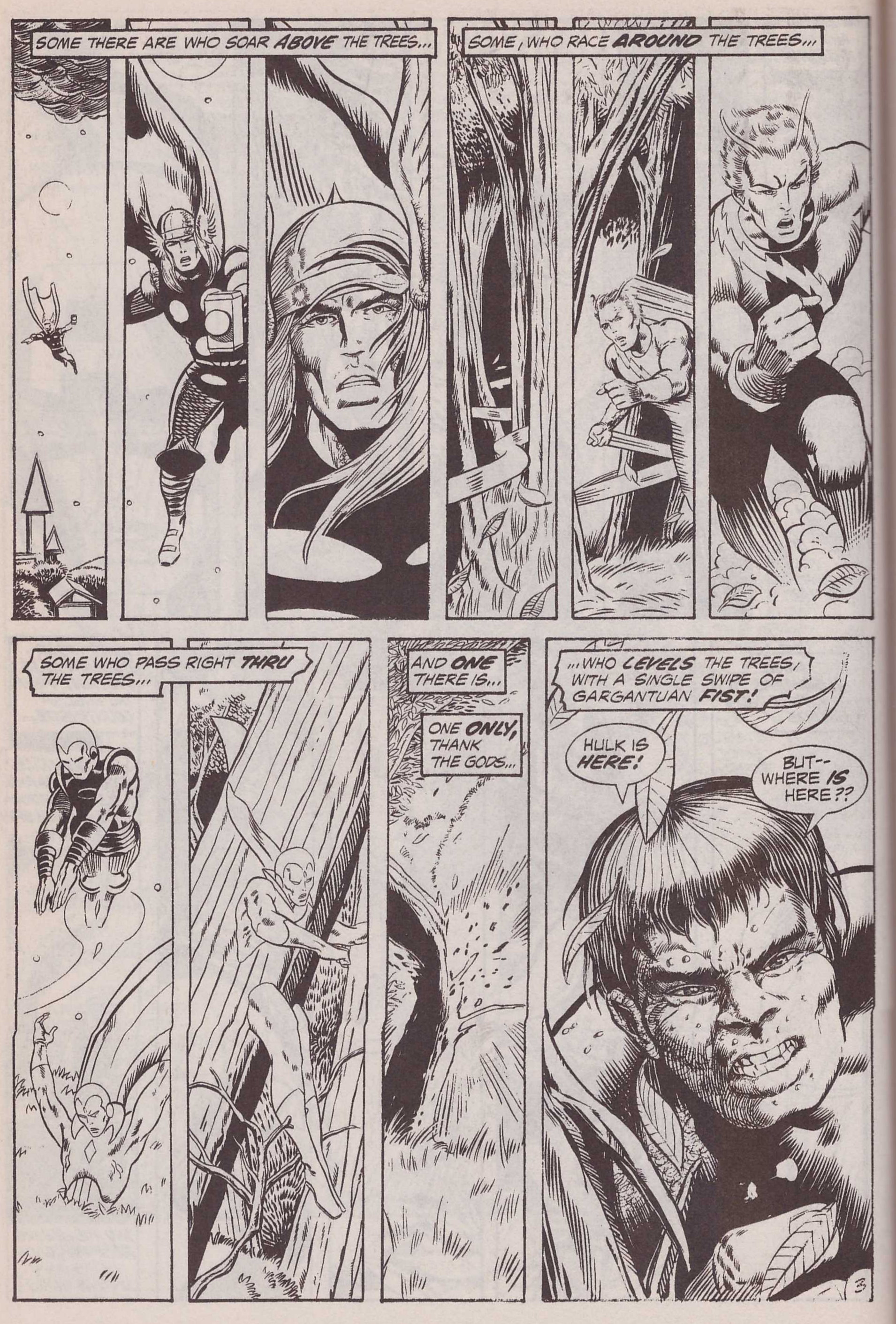 The bulk of this collection is just under half of Steve Englehart’s run on the Avengers from 1972, but despite the acclaim accorded his later work, he needed to find his way to that point through a fair amount of pedestrian material. There’s no disgrace in this. The same applied to Roy Thomas (see Essential Avengers 2), and several other very good writers never really got to grips with the Avengers. Geoff Johns for one.

Before Englehart, there’s the last of Thomas’ run, which still reads very well. This is, in part due to his penultimate story having the benefit of extremely decorative Barry Windsor-Smith art as the Avengers romp through Olympus. Yet even Thomas’ final tale has the then young and keen Rich Buckler displaying a talent that rapidly diminished. Thomas pits the Avengers against the more traditional X-Men enemies, the Sentinels, following up on an excellent X-Men tale he’d written two years previously and found in Essential X-Men 3.

The next dozen or so reprinted issues display that Englehart didn’t lack for ideas, but he hadn’t quite fused them with an effective method of storytelling. At a time when the X-Men didn’t have a regular title, it was nice to see them, as it was to see one of the Avengers’ earliest foes, the Space Phantom return. The introduction of Mantis was novel, as was her background, and the idea of perennial villain the Swordsman seeking redemption. Englehart has since said he was attempting to reproduce the types of stories Thomas managed so well, tying back into the past, and he felt he greatly improved when he found his own voice.

That voice arrives for the final third of this book with the first Marvel story to cross over between two titles. Who knew in 1973, what that would lead to. It’s managed very effectively and is Englehart’s best work here. Both the Avengers and the Defenders are being manipulated, although don’t realise it. The Defenders are acting from the best of intentions in attempting to reclaim segments of a device ominously named the Evil Eye, with which they hope to restore the Black Knight from his then current state transformed into stone. The Avengers believe they have another use in mind. We have brief chapters pitting one Avenger against one Defender in a variety of locations, with others also interfering, before what was for the time an immense conclusion.

There is, however, the problem that would beset Englehart’s Avengers material throughout his run, that of being allocated either poor or less than enthusiastic artists. There’s the solid storytelling of Sal Buscema, but also Don Heck phoning in his art, the workmanlike pencils of Bob Brown, and some not very good Jim Starlin.

Mention should also be made of quite the curiosity also included here. ‘Five Dooms to Save Tomorrow’ is the evocative title Harlan Ellison gave his good tale of an ordinary man given vast power and told he must kill five people to ensure the safety of the world. This brings him into conflict with the Avengers, and if a little over-written it’s a story that can still pull at the heart strings.

Also included is a Daredevil issue as Hawkeye, in transition between Avengers and Defenders, looks in on old girlfriend Black Widow. It’s not the best of Steve Gerber, but appealingly drawn by the obscure Sam Kweskin.

Essential Avengers 6 moves into Englehart’s prime period, and the material here can also be found collected in colour as Avengers: Defenders War, and spread over Marvel Masterworks: The Avengers volumes 10, 11 and 12. 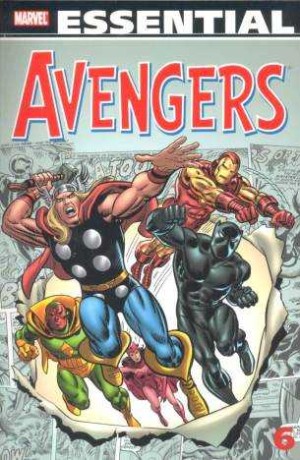 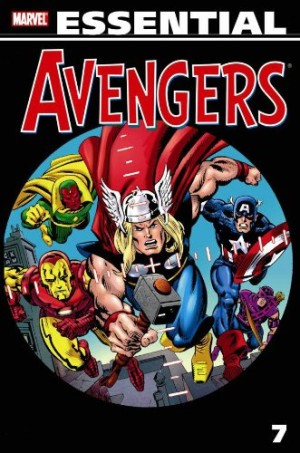 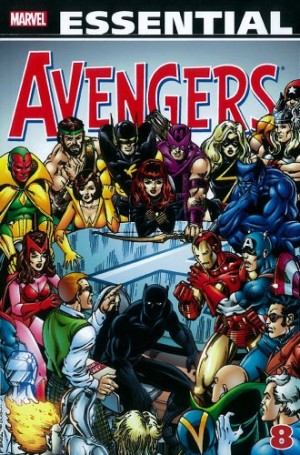 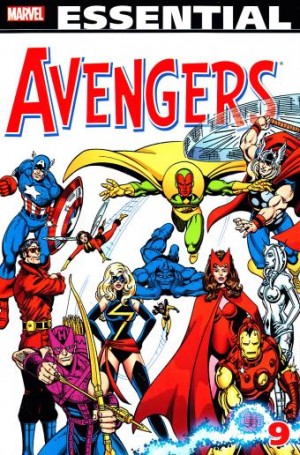