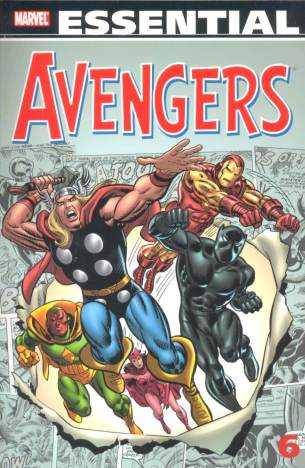 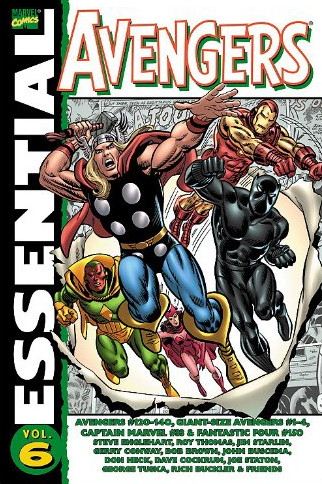 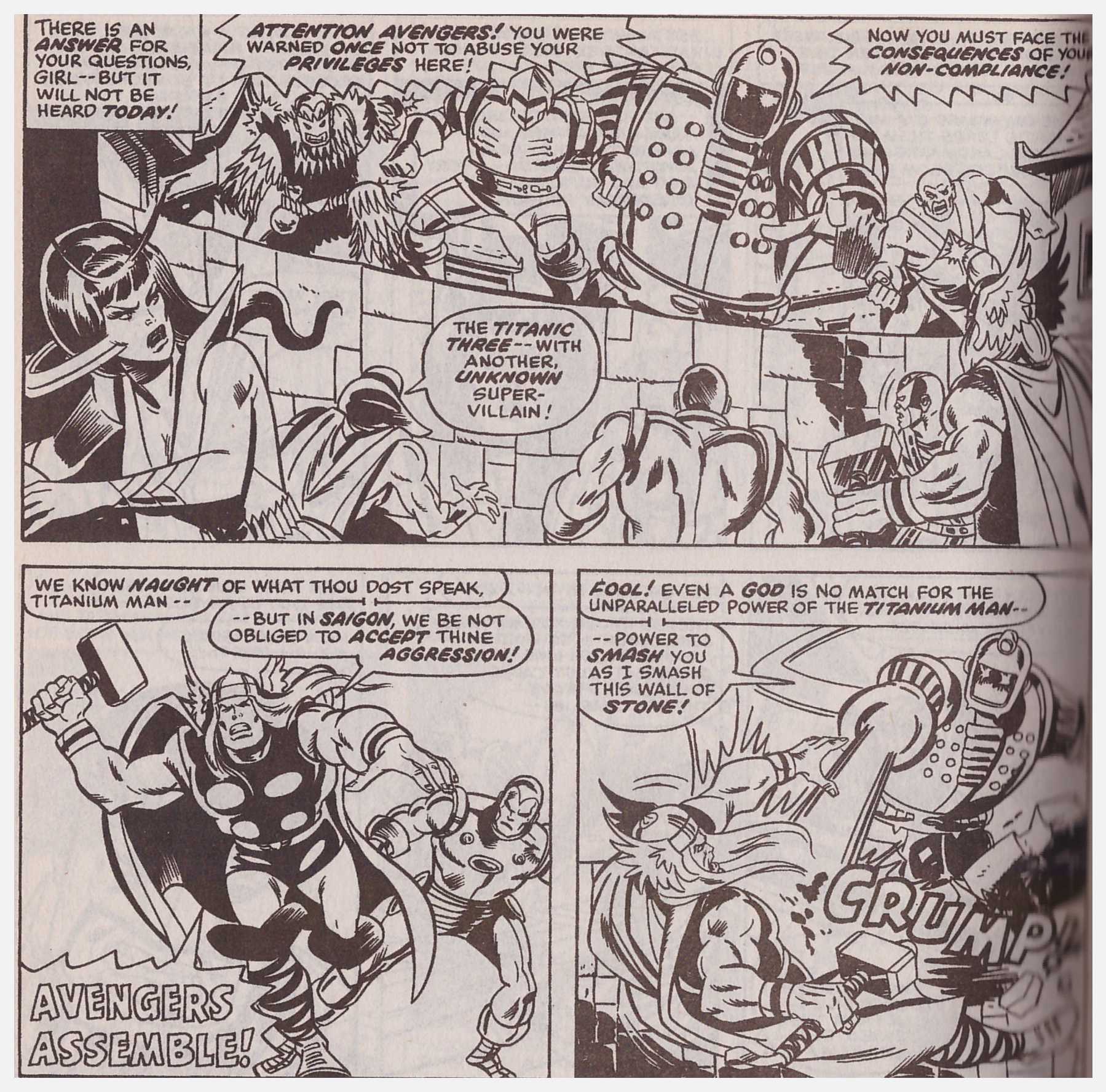 Those who’ve worked their way through Steve Englehart’s rather shaky introductory period on the Avengers in Essential Avengers 5 will find their reward here with the material over which comic fans of a certain aged turn misty-eyed at the recollection.

The mid-section of this volume is what’s also collected separately as Celestial Madonna in paperback or Marvel Masterworks: Avengers volume 14, which begins with Englehart’s first use of Avengers enemy Kang. To this point he’d appeared on four previous occasions, two of them in the earliest dozen Avengers issues, and it was Englehart who transformed him from just another foe into one of two definitive Avengers villains. The key was playing with time. Kang originated in the future, could retreat there for a few weeks R & R after a defeat, then return five minutes after his departure. Englehart manipulates this idea superbly, with a vengeful Kang first announcing he wishes to marry a woman the future identifies as the Celestial Madonna, then leading a posse of dead villains through limbo, and finally having to face a fate he intends to fight.

Over ten chapters it’s a very clever story, incorporating the origins of Mantis, the Vision and pretty well the universe, Dormammu, Immortus and a lot of surprises. For once, until final chapters hacked out by George Tuska and Don Heck, Englehart isn’t beset by substandard art either, with nice pages from Dave Cockrum and the team of Sal Buscema and Joe Staton.

Sadly, elsewhere there’s a lot of Tuska as Englehart reconfigures the Avengers after his magnum opus, and a fair amount of Bob Brown, who’s immeasurably improved when Cockrum inks his pencils. That’s balanced by some decent pencils from John Buscema, Rich Buckler imitating Jack Kirby, and Jim Starlin in a chapter where the Avengers aid Captain Marvel in his battle against Thanos.

Storylines include Roy Thomas’ perhaps misguided attempt to supply the parentage of Quicksilver and the Scarlet Witch, later comprehensively unpicked; the wedding of Quicksilver and Crystal, guest starring the Fantastic Four; nutty crime cartel Zodiac concealing someone with an unexpected agenda in their midst; the induction of new Avengers, and the first Avenger to die in action. Most of it entertains, but the art is dispiriting.

For those preferring more luxurious reprints, the later content can be found in colour titled The Coming of the Beast, and is otherwise spread over Marvel Masterworks: Avengers volumes 13–15.