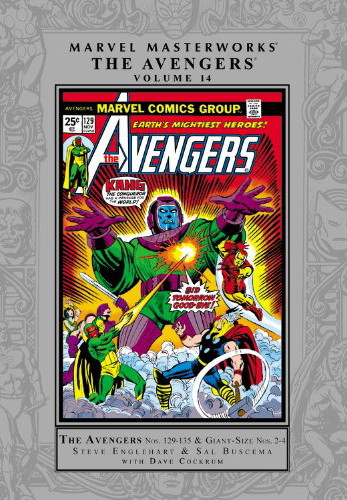 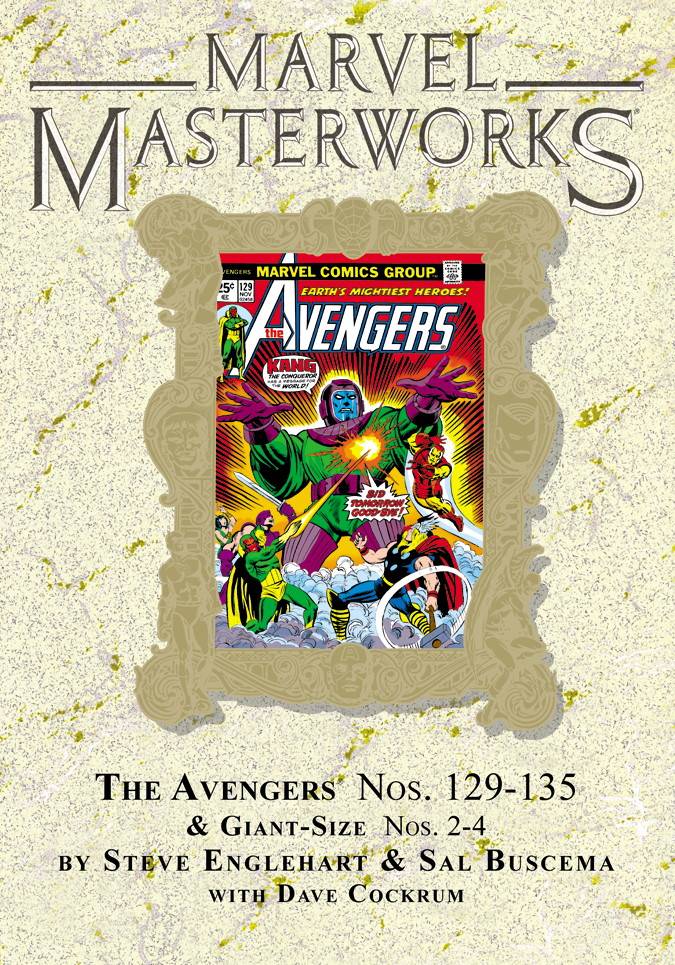 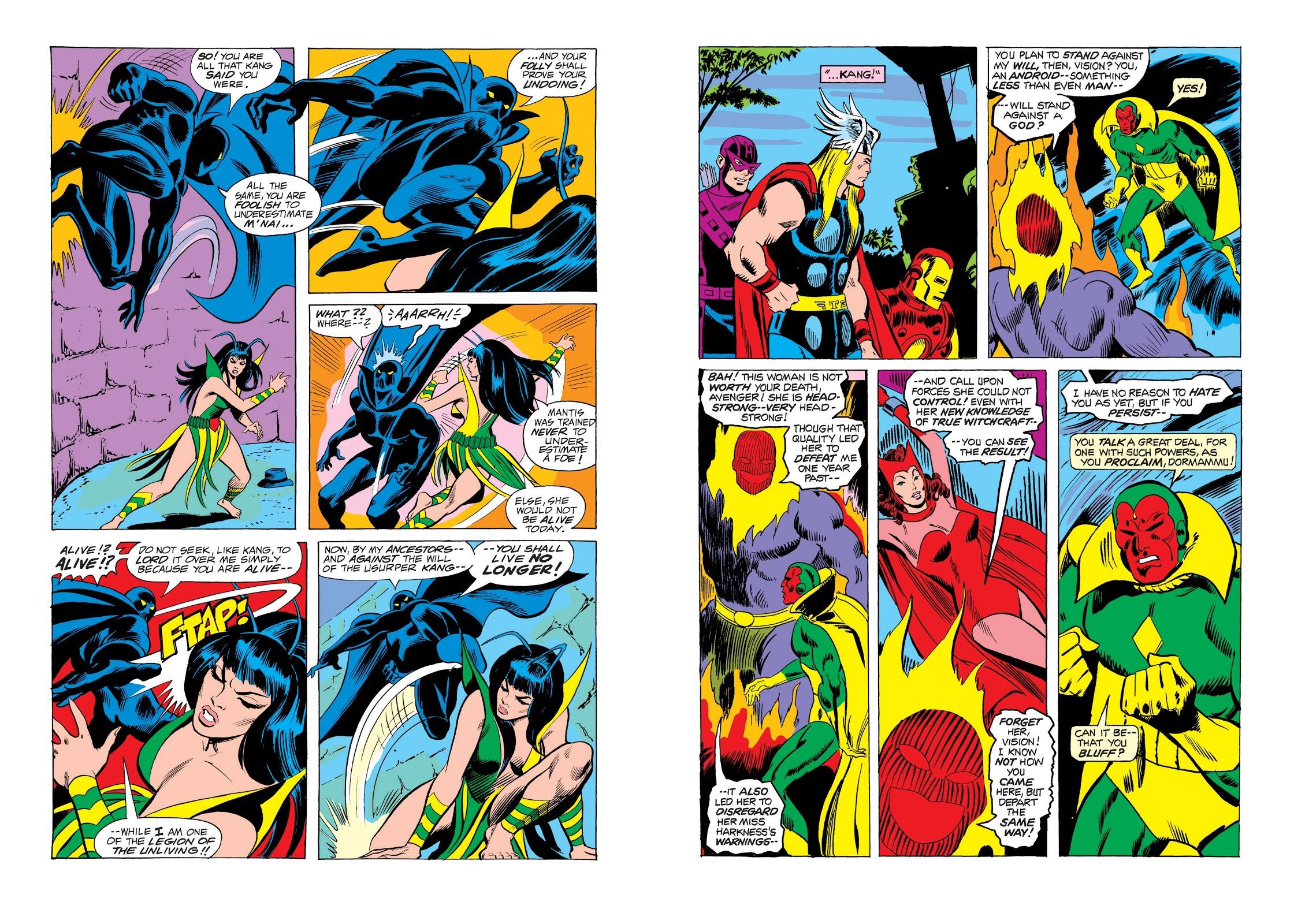 The previous three Masterworks volumes collecting Steve Englehart’s Avengers material have been a slow progression. Unless very easily pleased, anyone hearing of his reputation and high standing on the title would be mystified on the basis of those volumes alone. We now reach the work justifying Englehart’s reputation, and the choice would be whether the best format is this hardcover or the same content in the paperback Celestial Madonna.

A successful aspect of Englehart’s writing was his introduction of martial arts expert Mantis, itself a novelty for the Avengers, and her mystifying compulsion to disrupt the relationships of others. This is pursued despite the devastating effect on her own relationship with the Swordsman, who when she first met him was a drifting alcoholic who’d tipped up in Vietnam. The pair of them are at the core of this story, and for the first time in his run Englehart consistently mixes his always sharp characterisation with exciting superhero action.

Much of that is prompted by time-travelling despot Kang arriving in the 20th century announcing one of the female Avengers will become a being of destiny known to the future as the Celestial Madonna. He wants power by association, so intends to become their mate. Englehart applies a never-previously considered logic to Kang, noting he can suffer a definitive setback, retreat to the future to lick his wounds for six months, then return to the past five minutes following his departure. Kang is involved in most aspects of these ten chapters.

Beyond Kang, Englehart has a revelation about another old Avengers foe, Immortus, guardian of limbo, throws in a number of dead characters, including Wonder Man, then unseen for a decade, the Frankenstein monster and the original Human Torch. He returns a couple of other villains he’d previously used, and delivers the expected origin of Mantis and the unexpected origin of the Vision. Oh, and just for kicks he throws in what’s pretty well the origin of the universe as well. There’s even a one chapter interlude in which the Avengers are manipulated into fighting a group of communist villains, very much rooted in the political difficulties of the 1970s, that still entertains. Roy Thomas, by the way, scripted the sequence with the dead characters.

Englehart’s Avengers writing to this point has been diminished by often woeful art, and there’s yet another example here. After meticulously teasing his plots to fruition, the penultimate chapter has dull George Tuska layouts, and it’s extremely unfortunate that the finale is drawn by Don Heck in his sloppiest manner (sample right). On the other hand, the remainder has a level of competence unseen in the previous three volumes. There’s some fine work from Dave Cockrum on the best individual chapter as the Swordsman attempts to atone for past mistakes, and the combination of Sal Buscema and Joe Staton on the remainder is appealing.

Time moves on, and it’s a very rare old superhero comic that doesn’t date in some respect, yet the sheer creative ambition applied to commercial sensibilities overcomes the occasional lapse and ensures this remains a thrilling and unpredictable read. It’s also available in black and white within Essential Avengers 6.