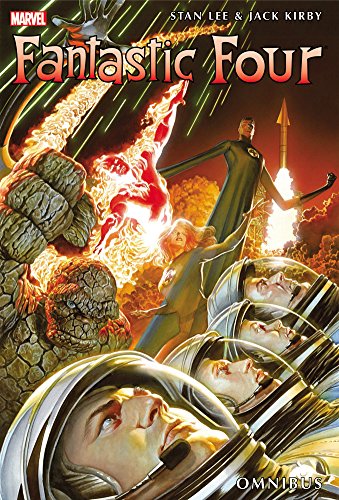 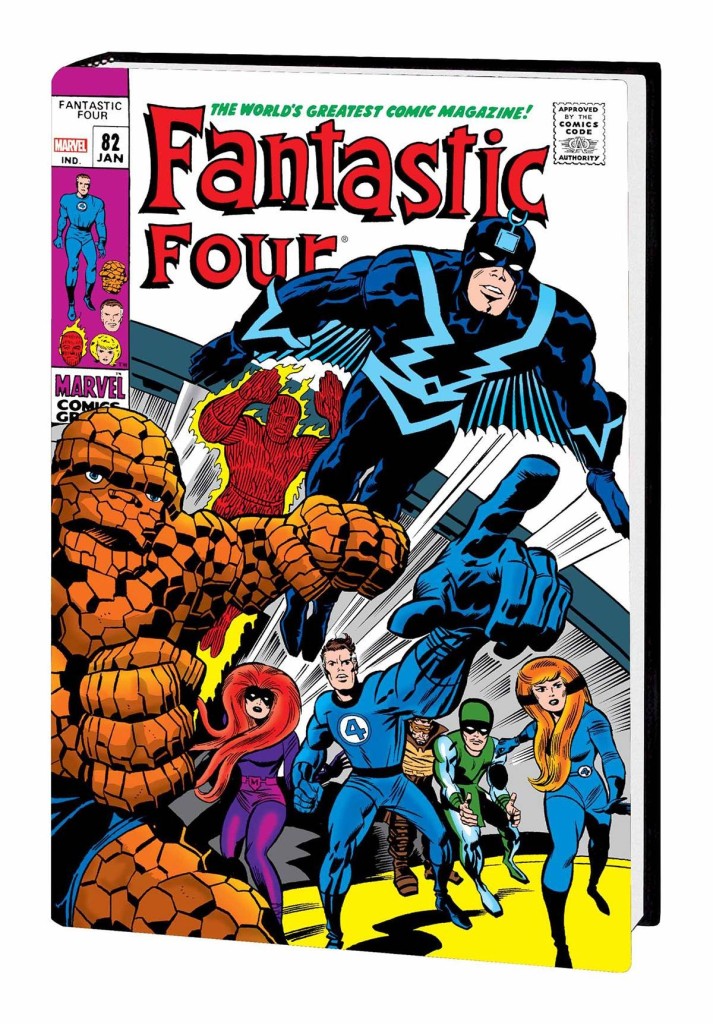 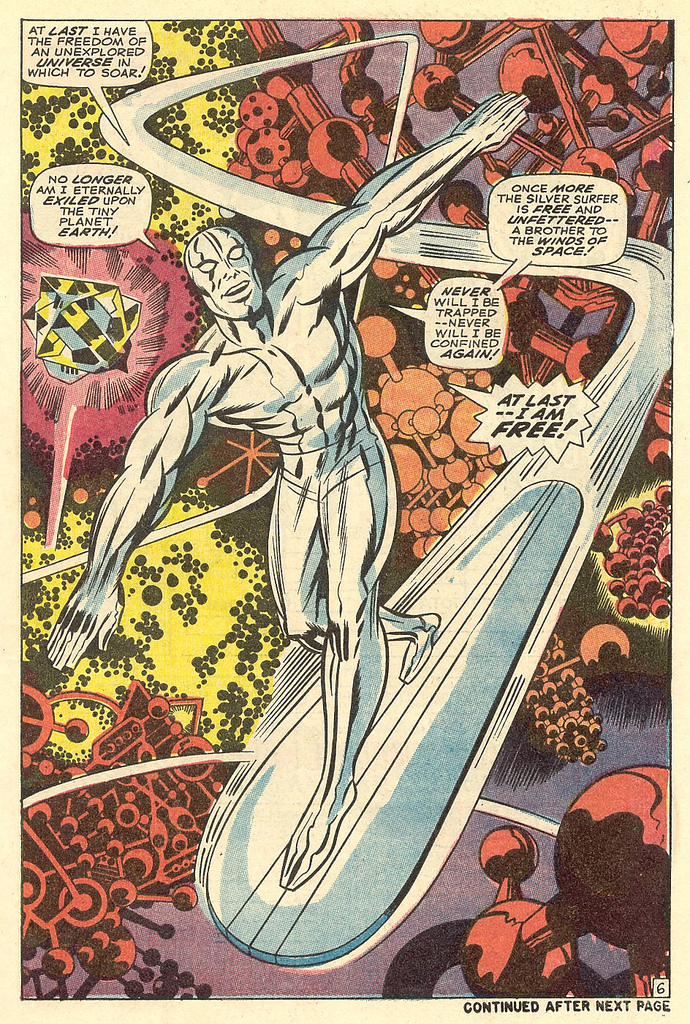 Stan Lee and Jack Kirby’s phenomenal run on the Fantastic Four spanned the 1960s. This third massive Omnibus edition starts in 1967 – the high point. By this stage, Kirby was fully plotting the material, and brings a powerful, deep-rooted, almost mythological, sense of narrative. The more analytical and ironic Lee, now just adds the text to the drawn pages. It’s wry and ironic, explaining and ‘spinning’ the stories, and sometimes talking directly to the reader. Story strands run across issues, and the FF increasingly venture beyond the metropolitan skyscrapers, to other countries and cultures, outer space, and alternative dimensions.

Kirby thrives on the visual opportunities of super-powers, now using fewer panels per page – sacrificing narrative length for visual immersion. Knowing Kirby rattled through several pages a day emphasises what an awesome talent he was. Earlier volumes suffered from poor inking, but here it’s mostly Joe Sinnott, and occasionally Frank Giacoia, who both retain Kirby’s distinctive style, while softening it slightly – most noticeably on his over-chiselled faces.

The stories too are the best so far. Most of the FF’s early foes seemed gentlemen in a game of cricket, but the alien Kree with their remorseless Sentry Sinister, and Ronan the Accuser convey genuine danger. Dr Doom, is revealed as a Machiavellian psychopath. He plans to hypnotically instil a disabling fear of the Fantastic Four’s own abilities, trapping them forever as living monuments to his power and victory.

The Fantastic Four, despite the title, had a large cast of supporting characters. Regulars by now are philosophical extraterrestrial The Silver Surfer, and pioneering African superhero The Black Panther. The hidden race of uniquely powered Inhumans feature heavily, particularly Crystal who takes a central role for a time.

Perhaps the most interesting supporting character, though, is Alicia Masters, a blind sculptor with exceptional empathy, and an innocent fearlessness. She was previously crucial in convincing the Surfer to support and protect humanity. Here she reaches out to the embryonic artificial human, known simply as Him, and later to become Adam Warlock, and brings out the sensitive side of The Thing, who yearns for a normal life with her. Reed’s attempts to revert him to normal human Ben Grimm never go quite as planned, but here there seems to be some resolution.

By about 1969, Kirby was bitterly unhappy at Marvel, feeling insufficiently recognised or rewarded for his stories and all the (still lucrative) characters he created. He was already in contract negotiations with rivals DC, which may explain the relative lack of new ideas in the last third of the book. Stories increasingly run over two, three or four twenty page stories. His art shows no sign of disenchantment, but you can read it into the stories. There are ‘mad’ or ruthless dictators, and the team face ingeniously awful torments: their new home attacks them, and they’re hypnotised, blinded and enslaved.

Still, personal woes or not, Kirby gives us some gripping storylines, to go with some of his best and most polished artwork. This is some of the very best of 1960s Marvel, and timeless classics.

This material is also collected in other Fantastic Four reprint volumes: Marvel Masterworks volumes 7, 8 and 9, and volumes 4 and 5 of the black and white Essential Fantastic Four. Those reviews provide further detail on the contents. FF Omnibus 4 concludes the Lee and Kirby run, but Kirby contributes only a quarter of the content.