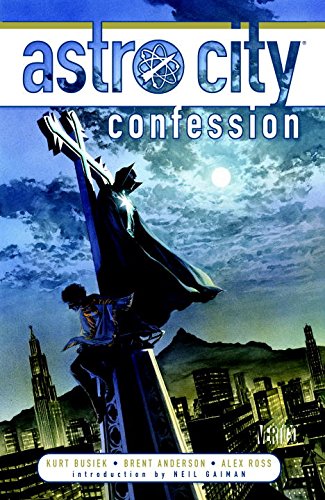 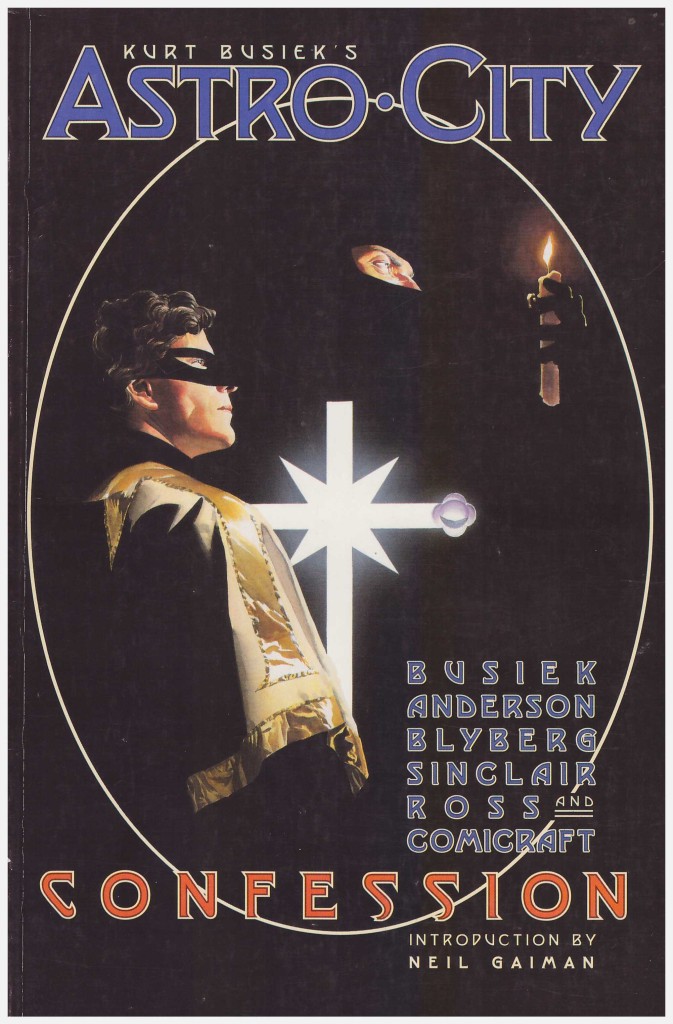 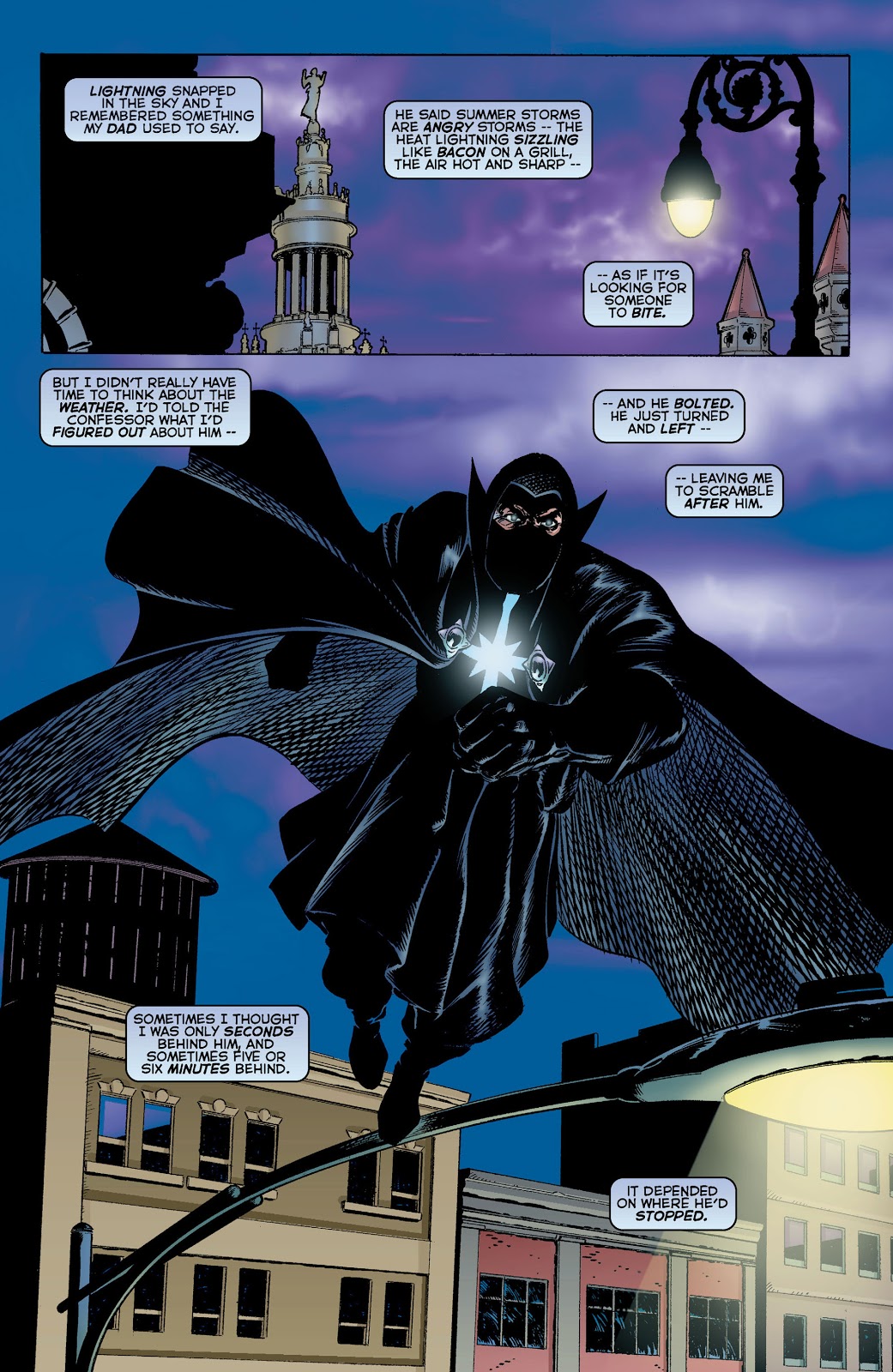 Astro City‘s introductory volume, Life in the Big City, gathered six individual stories giving a flavour of the large superhero canvas the series presents. Confession narrows the focus by concentrating on a single hero, his sphere of influence and his activities.

The Confessor is an obvious Batman analogue, a night operator cloaked in black complete with a scientific and deductive crime solving method. The previous volume’s material had been too obvious with its comparisons, but with a longer story, there’s greater room for manoeuvre. Busiek is able to introduce several other themes complementing his primary story and removing it from the source.

One of them is the idea that in a city full of heroes, there’s an opportunity to become a sidekick, and that’s what Brian Kinney has in mind when he arrives in Astro City and scores a job at a prestigious restaurant. The rich and celebrated dine there, and so, it is presumed, do superheroes out of costume. From there Brian’s path is a journey his wildest dreams couldn’t have anticipated during which a natural aptitude for observation and assessment supply insights he’d perhaps rather have avoided.

As the title indicates, there is a big reveal in Confession, yet Busiek’s subtle writing should ensure it remains a surprise to most, and the story escalates from there to a situation beyond the capability of a Batman-style hero to sort out single-handedly. There’s a lot thrown into six chapters, and they highlight the benefit of an ensemble cast and a continuity that’s locked in as changes occur.

A single-chapter story concludes the book, supplying the intriguing mystery of why a man dreams of the same girl every night, knowing her life intimately without ever having met her. It provides the opportunity to use one of the more intriguing and original Astro City creations, the Hanged Man, a burlap masked individual who hovers silently above the city with a noose around his neck.

The naturalistic style and well-developed storytelling of Brent Anderson ensures a complete reading experience, and the book also contains design sketches from Alex Ross, both for characters and the covers to the original comics reprinted in Confession.

Almost any individual Astro City book can be read without reference to others, but there is a progression, and Family Album contains stories originally published immediately before and after those in Confession.