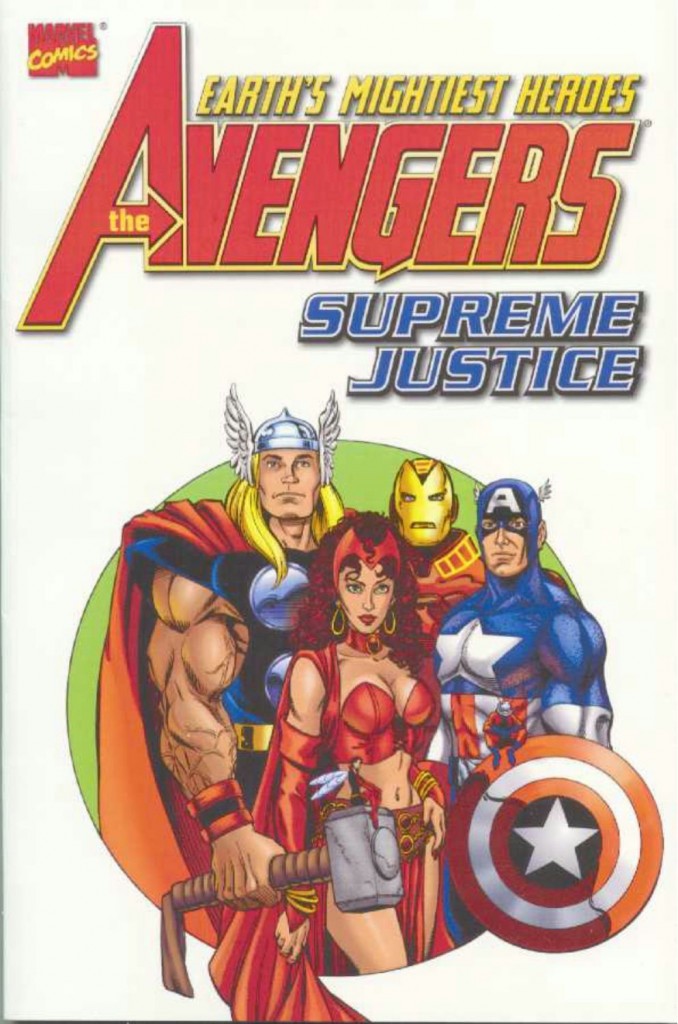 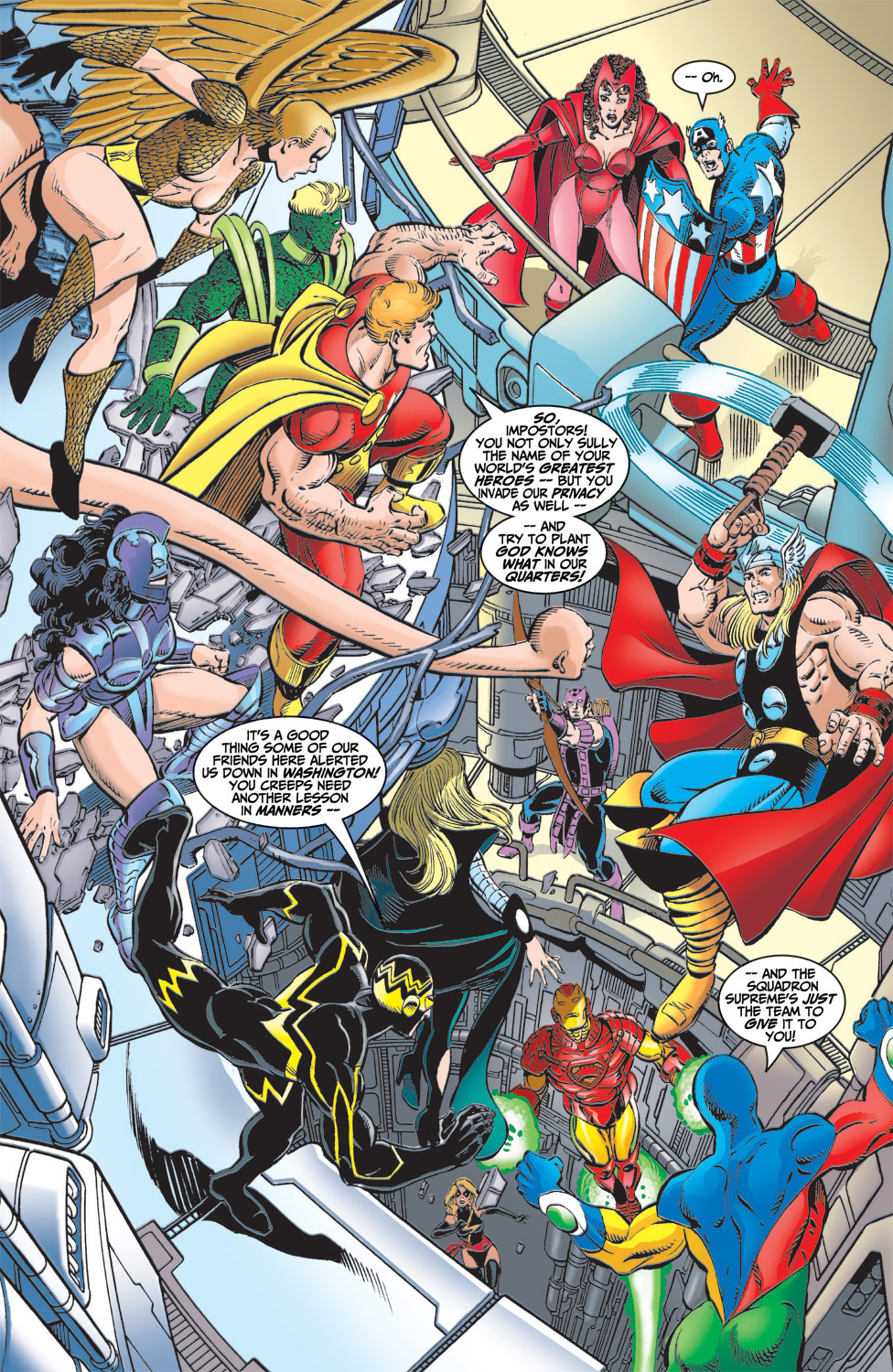 After the weird reality-bending of The Morgan Conquest, Kurt Busiek’s 1998 Avengers series becomes somewhat more conventional in this volume. The volume is bookended with a story concerning the Squadron Supreme, with the title referencing them being a pastiche of DC’s Justice League of America. In the middle is the four-part ‘Live Kree or Die’, in which a Kree threat to the Earth is faced, and Carol Danvers’ alcoholism becomes a problem.

The Squadron Supreme story is predictable. As with every Squadron Supreme/Avengers story, a clash between the two teams is revealed as being engineered, and as has been the case in the past, it’s because the Squadron have been mind-controlled. The villain behind all this is smug, irritating and dull.

The Kree/Carol Danvers story is much better, though it is a shame to see her being put through the wringer again. The characterisation is well-defined here, but because this was originally spread around four titles, only one chapter is drawn by George Pérez. The conclusion to the Squadron Supreme material was first presented in an Avengers Annual drawn by Carlos Pacheco. This means that Pérez pencils less than half this volume. That’s a shame, as his detailed artwork is a delight. The other artists, Pacheco, Sean Chen, and Derec Aucoin are all perfectly adequate, but they’re not Pérez.

Although this is among the weaker Busiek Avengers collections, these are still good Avengers comics. If you are an Avengers fan, you’ll want to read them. His run continues in Clear and Present Dangers. Both are collected along with The Morgan Conquest in the first volume of no less than two hardcovers: Avengers Assemble and Avengers by Kurt Busiek and George Pérez Omnibus.