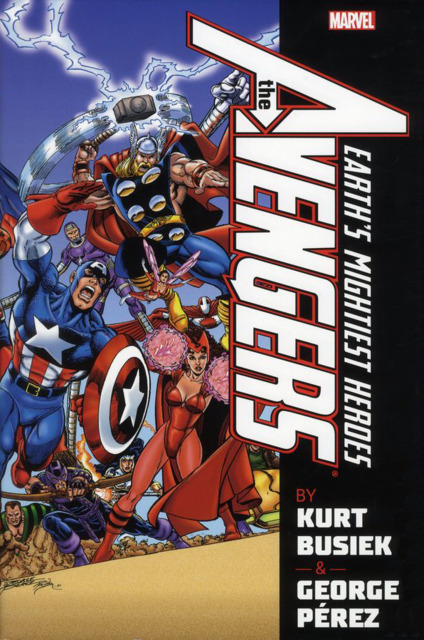 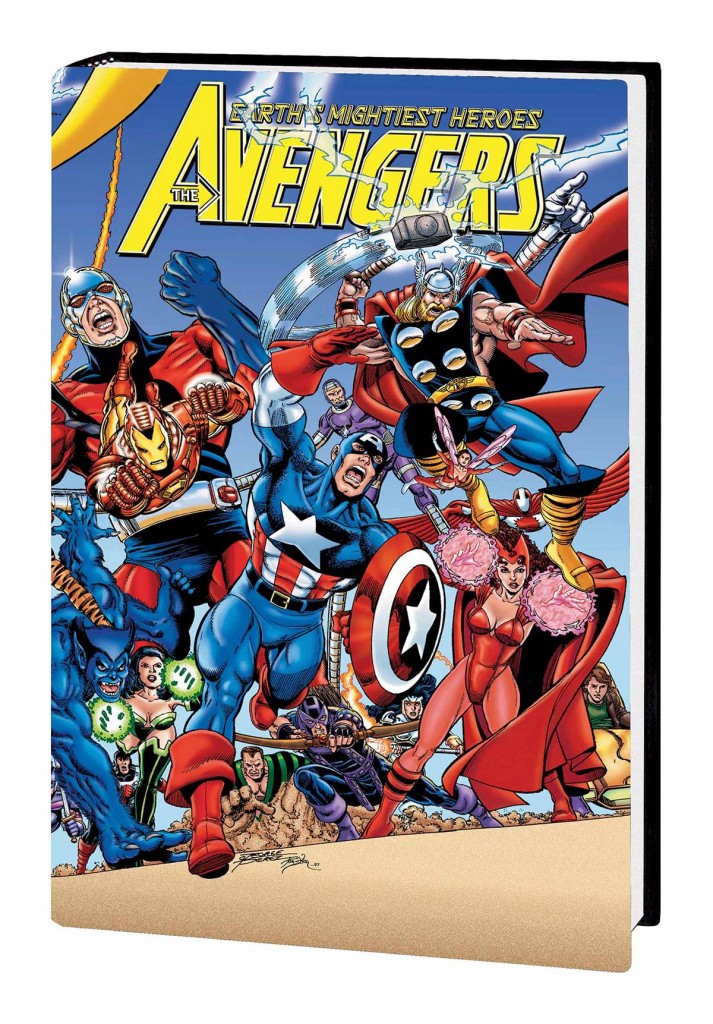 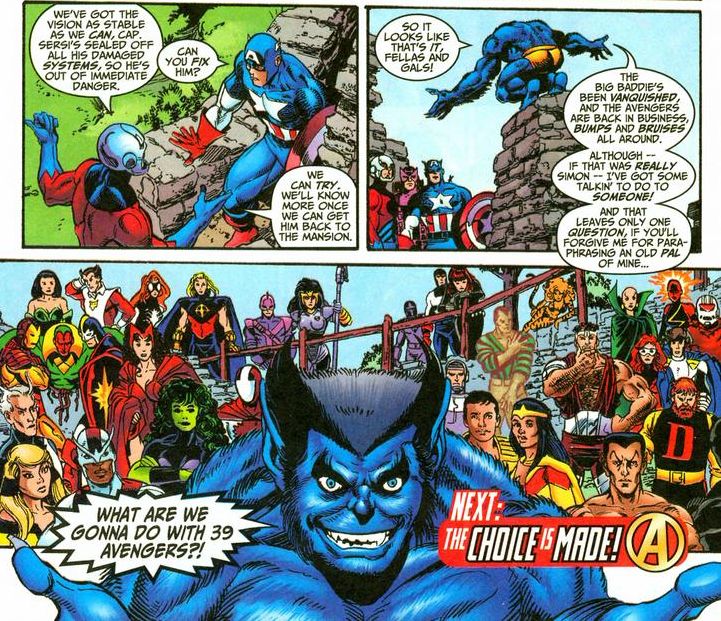 In case there was anyone who did not yet own the first two years of Kurt Busiek and George Pérez’s run on the relaunched Avengers title, from 1998 to 1999, here is another opportunity to own them all in a large hardback on glossy paper stock. This omnibus includes everything reprinted in The Morgan Conquest, Supreme Justice, Clear and Present Dangers and Ultron Unlimited, or Avengers Assemble volumes one and two. This means that, unlike the hardback Avengers Assemble volume one, it includes chapters of the ‘Live Kree Or Die!’ story that took place in the titles of individual Avengers.

It adds the regular Avengers story that follows ‘Ultron Unlimited’, a confrontation between Wonder Man and the Vision that is mostly talk rather than action, which is otherwise included in Avengers: Living Legends or Avengers Assemble volume three. There is also ‘The History of Ultron’, a four-page story assembled from panels of past Avengers comics, and all of Avengers Forever, which took a group of Avengers from past, present and future, and pitted them against a plot of Immortus, the Master of Time. A host of covers, from various comics and magazines complete the content, which incorporates just about everything Busiek and Pérez worked on this period connected with Avengers. The whole volume totals over a thousand pages.

There are two views on the Busiek Avengers period. One sees it as a welcome return to a traditional Avengers style, after the dystopian years of the 1990s. He writes entertaining stories, drawing upon past Avengers history. Teamed with Pérez, whose work is consistently excellent, the results are good; indeed, these comics are often seen as among the best Avengers material published. Others, however, react badly to the overly nostalgic approach Busiek took, and see his work as extremely derivative of past glories.

However one wants to judge this period, this particular volume, which is rather expensive, is really only for the dedicated Busiek/Pérez fan, who wants all the additional material. If you’re seeking to sample the period to decide if you like it, then try one of the Avengers Assemble volumes or one of the other collections.