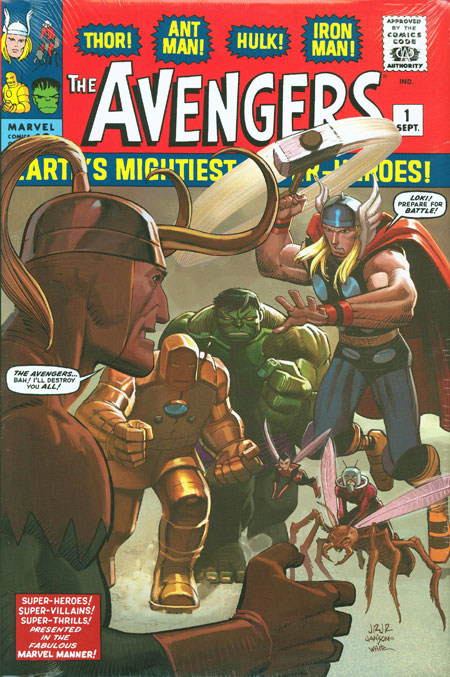 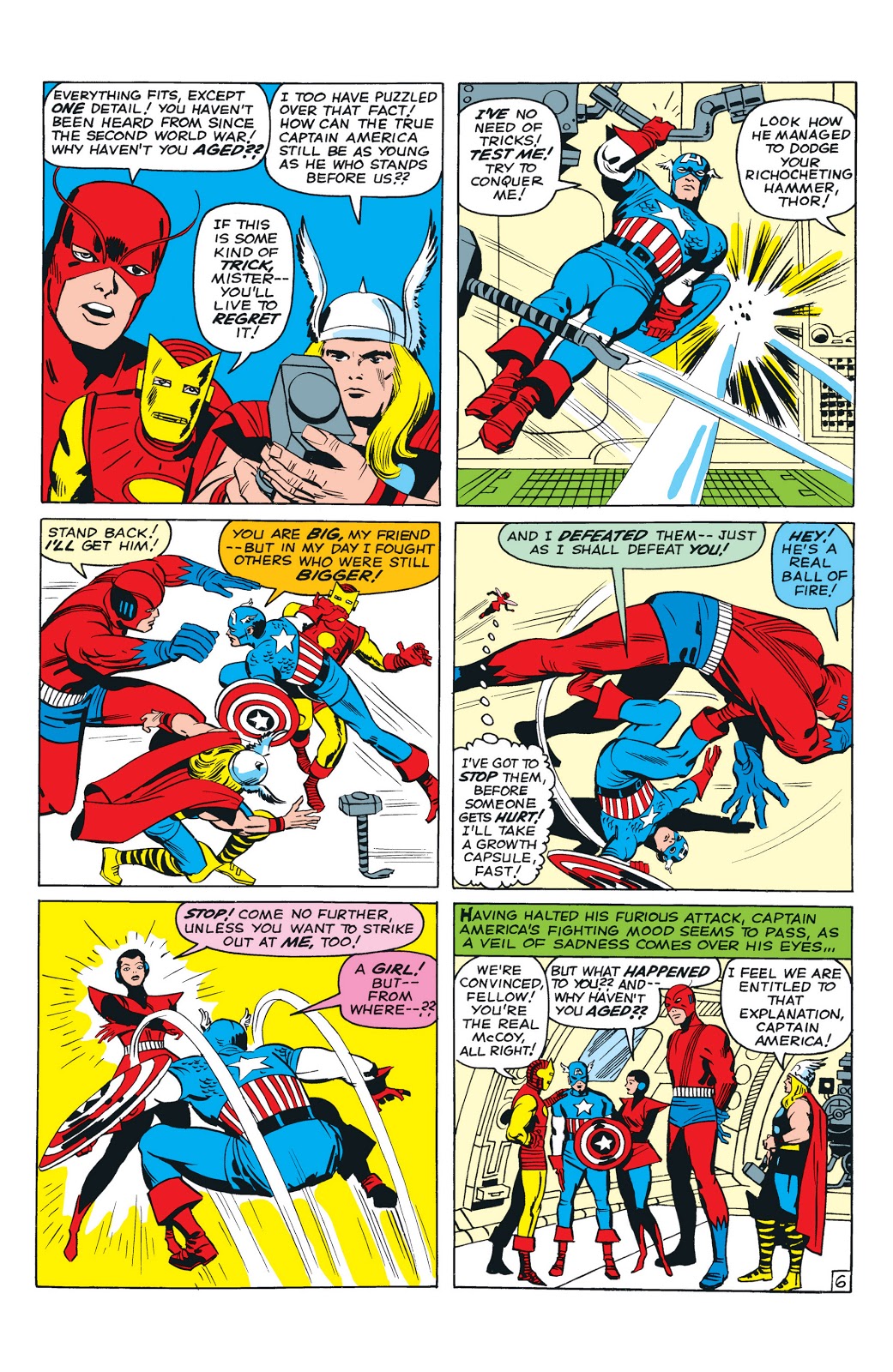 Here is yet another opportunity to own, in a big, fat, expensive hardback format, most of Stan Lee’s run on Avengers, from 1963 to 1966, otherwise available in Marvel Masterworks: The Avengers, volumes one to three, or in black and white in Essential Avengers volumes one and two.

These stories set the groundwork for later events in the Marvel Universe. The Avengers come together, when Thor, Hulk, Iron Man, Ant-Man and the Wasp team against the threat of Loki. The Hulk leaves, and is then chased around for a bit by the others. The legendary Captain America is discovered to be alive, and joins the Avengers. The other four take leaves of absence to return to their own titles, to be replaced by reformed villains Hawkeye, Quicksilver and the Scarlet Witch. The team is infiltrated by Wonder Man and the Swordsman, both of whom would later become Avengers in good standing, and another future Avenger, the Black Widow, is a recurring antagonist towards the end of this run. Giant-Man (renamed Goliath) and the Wasp return. Long term enemies such as the Masters of Evil, Kang the Conqueror, Immortus, Count Nefaria, Power Man and the Collector all make their first appearances.

Unfortunately, these comics aren’t actually that good. The early stories, in particular, are dull and lacking in decent character interaction. Things definitely improve when Lee removed the original Avengers and replaced them with “Cap’s Kookie Quartet”, and the improvement continues throughout this run; but even at their best, these comics show Lee groping towards what Avengers could be, rather than actually getting there. The mind-blowing cosmic sagas will come in the next volumes.

The early stories are illustrated by Jack Kirby, but his heart isn’t really in this either, especially not compared with what he was doing in Thor or Fantastic Four. A lot of Marvel comics from this era tend to look crude to modern eyes (with writing to match), and this is particularly the case here. Don Heck illustrates over half this run, getting off to a shaky start, teamed with not always sympathetic inkers rather than being allowed to ink his own pages. Eventually, though, he develops a style that sets Avengers aside from other Marvel comics being produced at the time. His art looks particularly fine when finished by the likes of John Romita or Wally Wood.

For this volume the pages have been recoloured. Lee’s introductions from the Masterworks volumes are included, and John Romita, Jr., gets to copy Kirby’s classic cover for Avengers 1. Perhaps most significantly, the original letters pages are included, which makes this volume a useful resource for the comics historian. However, like every Avengers collection, it leaves out the Fantastic Four story in which the Hulk comes looking for the Avengers, and which is then referred to in the following month’s Avengers tale; inclusion would make the Avengers’ quest for the Hulk, which forms the earliest story arc (if it can be called that), feel more substantial.