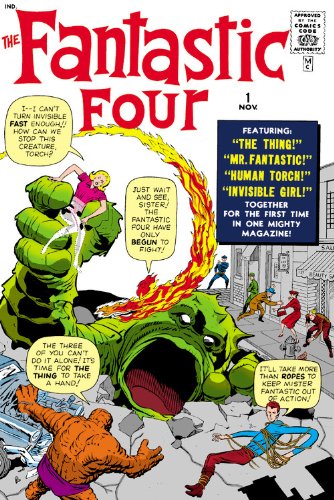 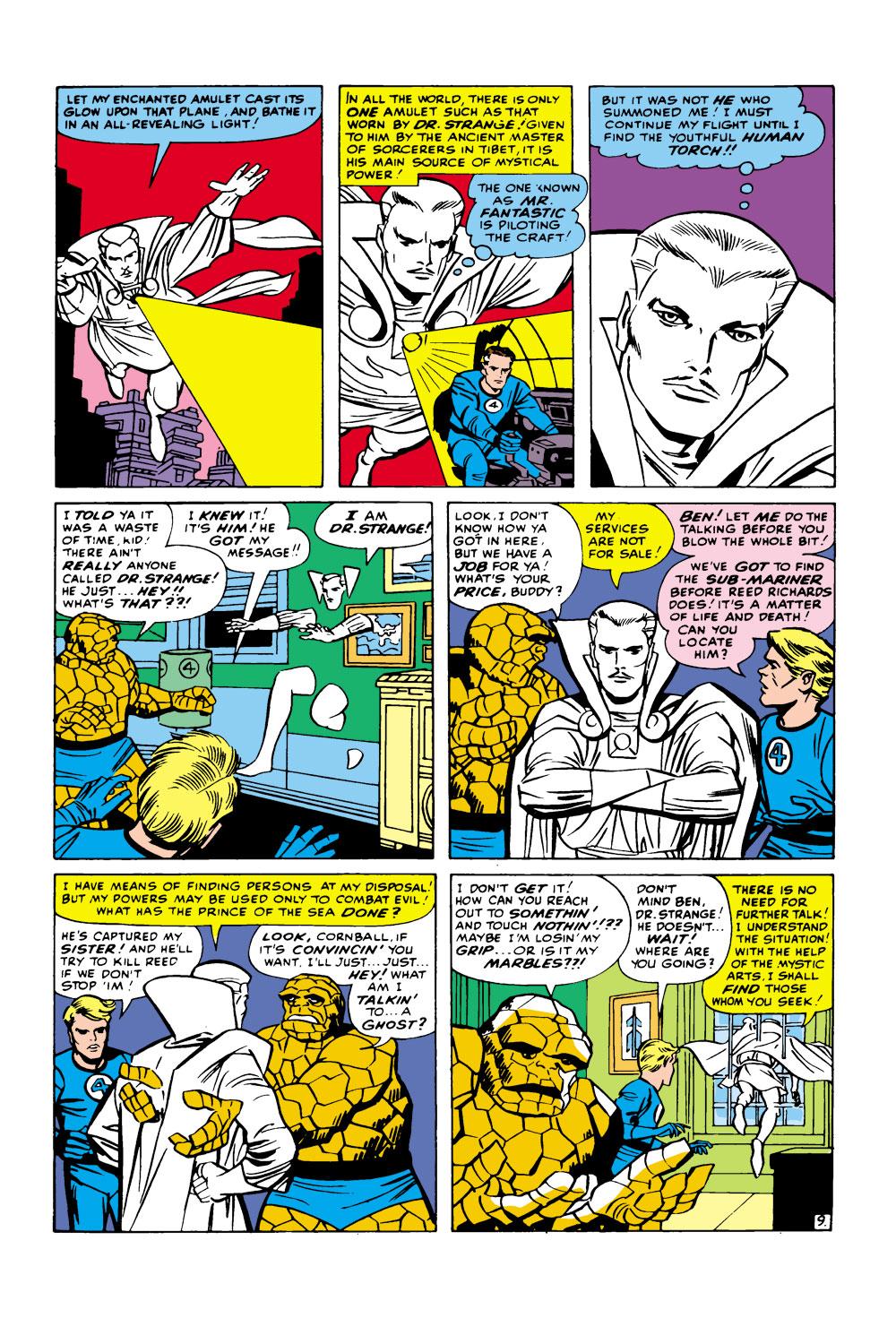 Stan Lee and Jack Kirby’s Fantastic Four, was the foundation of the what became the Marvel comics, movies and merchandise empire. This volume reprints the first thirty issues spanning 1961 to 1964. It’s a deluxe oversized hardback, but ironically the better printing and paper renders the colours a bit too bright.

The FF have super-powers that reflect their personalities. Inventor Reed Richards becomes the infinitely malleable Mr Fantastic; impetuous youth Johnny Storm becomes the Human Torch; Ben Grimm, secretly vulnerable man inside a rugged exterior becomes the Thing. Last and cruelly least, sole female, Sue Storm, inherits the most passive, least heroic power. As Invisible Girl, Sue can escape unseen. In modern terms that reflected not so much her personality as a socially constructed role, but she is brave and resourceful, going willingly as both hostage and stowaway into enemy territory. Lee and Kirby must have recognised these limitations, as they would later expand her powers.

These are both fun adventures, and witty ‘meta-fictions’. They comment on and subvert genre conventions. The FF don’t hide behind secret identities – they revel in their celebrity status. How do superheroes afford all their gadgets and secret lairs? The FF can’t and they go bankrupt. Later in this volume we see them discussing their fan mail – this becomes a witty way of working (presumably real) fan questions into the comic. We see Lee and Kirby thinking up story ideas, when Dr. Doom appears and pressures them to lure Reed Richards to their offices. Best of all though, is when the FF are beset by complaints, and neighbour disputes. “My cat took one look at [The Thing] and ran away!”. A sculptor appears with a photograph of his abstract masterpiece. “Twilight over Hoboken” – melted when the Torch flew past his window.

Other elements are less innovative – The Mole Man and his beasts, the shapeshifting alien Skrulls, Kurrgo from Planet X, vengeful magician the Miracle Man, and the grotesque Puppet Master could have been lifted from the company’s earlier monster, horror and supernatural anthologies.

Marvel used the FF as a launchpad and promotional tool for their other titles. We have appearances from Ant Man, Nick Fury, X-Men, Dr Strange, The Avengers and a triple dose of the Hulk. They will appeal to the inner fan, but stepping back a little they feel quite contrived.

There are some better stories. In ‘The Impossible Man’, the Fantastic Four encounter an all-powerful, but child-like alien. It’s great fun, and his transformations are a brilliant vehicle for Kirby’s visual imagination. The Mad Thinker is able to plan and predict in amazing detail – including playing on their desires, to manoeuvre each member away from the FF: Sue to Hollywood, Johnny to the circus, etc. The clash with Soviet rival the Red Ghost is interesting for the cold war/space race backdrop, as well as the first appearance of the Watcher.

Among some run of the mill stories, there are plenty of moments of wit and invention. It was Kirby’s artwork though that sold them. Despite some mediocre inking, the strength of his composition, visual invention, and dynamic action shines through. The powers, props and paraphernalia of superheroes would fuel and inspire his best work. The best of both Kirby and Lee though is still to come.

This material is also available in Marvel Masterworks: Fantastic Four 1 to 3, and the black and white Essential Fantastic Four 1 and 2, so for more detail on the contents see the reviews of those volumes.