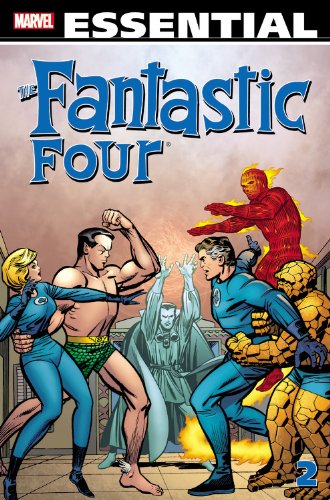 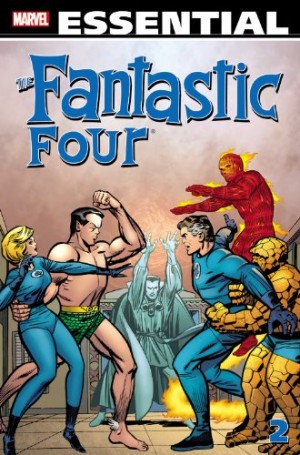 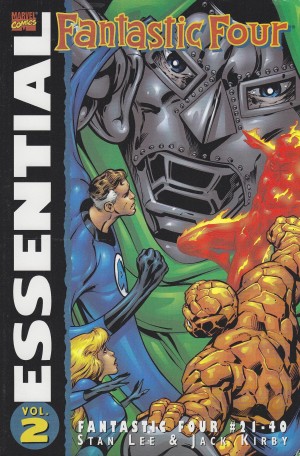 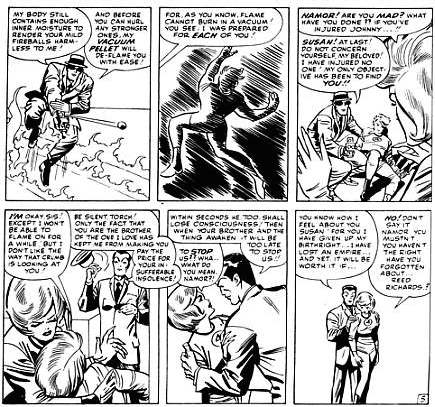 Stan Lee and Jack Kirby’s Fantastic Four, launched what would become the Marvel, comics, films, and merchandise empire. This second of the budget Essential volumes starts in 1963 and progressively improves on the first volume.

Only three years in, it seems at first that things are flagging here as numerous adversaries from the earlier material reappear. It may be that as editor/scripter Lee created other titles, he left it more to artist/co-plotter Kirby. There’s an array of crossovers and guest stars: Nick Fury, the X-Men, Dr Strange, the Avengers and a double dose of the Hulk. They appeal to the inner fanboy/girl, but stepping back a little they seem like extended adverts for the other, newer titles.

The stories become stronger as we progress. In one a personal connection prevents the group from fully tackling their foe. There’s a nice panel at this point, with public reactions: “You don’t mind catching crooks as long as they’re not friends or relatives, huh?” “He wouldn’t have escaped The Avengers!” This continues Lee and Kirby’s occasional meta-fictional messing with genre expectations.

There’s more of this in a tale where the FF are beset by complaints, and neighbour disputes. “My cat took one look at [The Thing] and ran away!” A sculptor appears with a photograph of his abstract masterpiece “Twilight over Hoboken” – melted when the Torch flew past his window. It’s witty and fun. It turns out to be part of the Mole Man’s implausible manoeuvring of them to buy his booby-trapped island. From there the story is run of the mill, but there are some brilliant Kirby drawings of the villain’s gadgets and underground lair. Another standout is ‘A House Divided’, where the team turn against themselves – each convinced the others are impostors – robots or shape-shifting aliens.

One of Lee and Kirby’s achievements was to make the reader believe that these fantastically powerful heroes might struggle or actually lose the battle. The two stories here where Dr Doom takes over FF HQ the Baxter Building are genuinely gripping. The Fantastic Four without their powers, guest star Daredevil, and finally in an extended and genuinely gripping struggle The Thing, take on and beat Doom.

The main draw, though, remains Jack Kirby’s amazing artwork. He’s a master of dynamic composition, and conveying movement on the comics page. Those used to pseudo-photographic modern Marvel comics, may find this crude at first – but the the panels so brilliantly composed, and the action so dynamic. Panel after panel has wow factor. Yet Marvel hadn’t settled on the right inker for Kirby’s pencils. For half this volume it’s Chic Stone – he’s fluid, if often too heavy, but still the best to this point.

For comics scholars, a subtext of these stories is the relationship between writer Lee and artist Kirby in creating them. It’s understood that Kirby would draw pages from a plot, or just a premise, from Lee, who would then write the final script for the drawn pages. This seems confirmed by the numerous examples throughout the book of the script, explaining, spinning, or even gently mocking what’s shown in the pictures.

This is a key piece of the history of American comics. They’re worth seeking out for Jack Kirby’s dynamic art work. At their best the stories are also witty and inventive with an iconic power. The best of the Lee/Kirby work though is still to come.

These stories are also available in colour in Marvel Masterworks Fantastic Four 3 and 4, and Omnibuses 1 and 2. 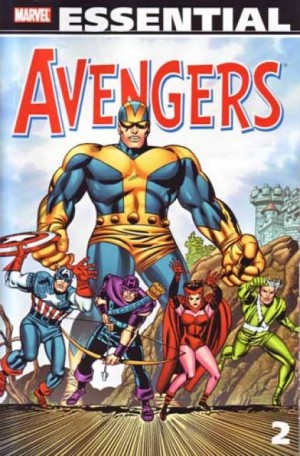 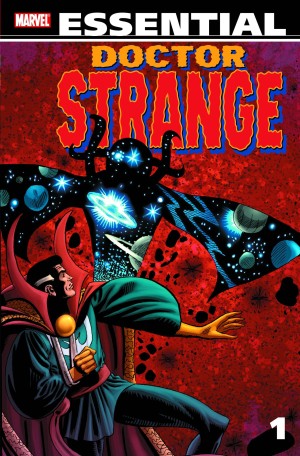 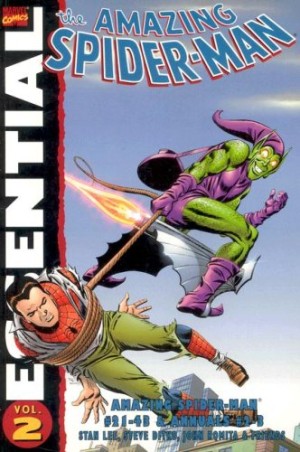 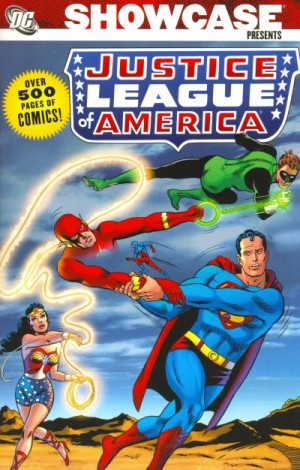