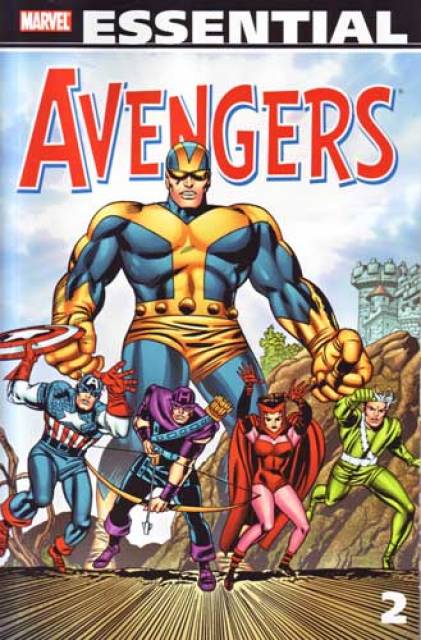 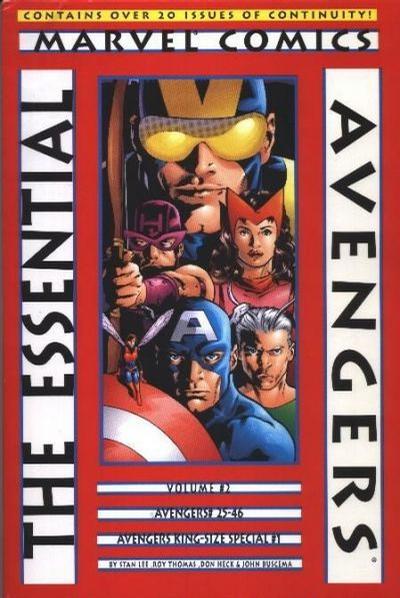 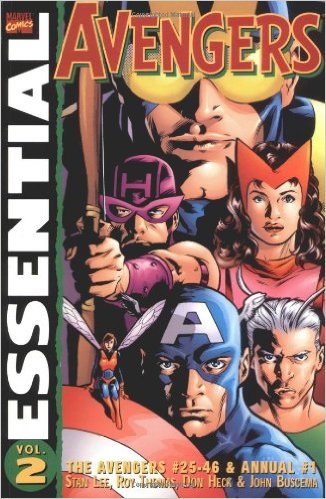 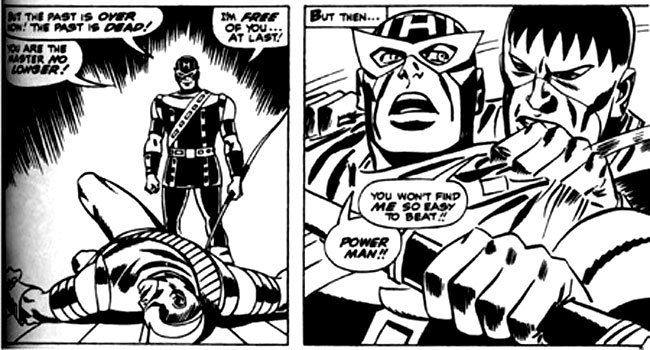 Reading these Avengers comics from 1966 and 1967 (also available in colour in Marvel Masterworks: Avengers, volumes three to five), the reader is seeing all the elements that will make the great Avengers comics of the late 1960s and 1970s slowly slot into place. The cast list is expanded from the “Kookie Quartet” of Captain America, Hawkeye, the Scarlet Witch and Quicksilver, with Goliath and the Wasp returning to the line-up, and Hercules being added, together with brief returns for Iron Man and Thor, and the Black Widow as a recurring character and love interest for Hawkeye. There is an increasing percentage of cosmic villains faced. On the creative side, Stan Lee gives way to Roy Thomas, one of the great Avengers scripters, and at the end of this run, Don Heck is replaced by John Buscema, who would become firmly associated with late 1960s Avengers. Heck’s art is perfectly acceptable here, especially when he is finally allowed to ink his own pencils, but Buscema is a more natural, and more dynamic, superhero artist.

Subplots are progressively developed and given more space to grow. The relationships between the characters are becoming more what fans remember – in particular Hawkeye and Cap are settling into the mutual partnership that dictates the next twenty years of their comics, and Hank and Jan developing their romance into a mature relationship. Perhaps individual Avengers are a bit too ready to have sudden shouting matches with each other, or fall into unhelpful self-pity (first Hawkeye, then Goliath, then Hawkeye again, then Quicksilver), but the fights are quickly resolved.

That said, there are no stories here that are particularly stunning, though there’s a good tale towards the end of the run featuring the Red Guardian and the Black Widow’s former employers. Overall these are the comics that create the conditions for later great Avengers stories, rather than being great stories in their own right. The material here is certainly better than that in Essential Avengers volume one, but it is still essentially of interest to those who want to know how the Avengers came to be what they later became. If you want really great Avengers comics, then Essential Avengers volumes three and later are what you should be interested in.