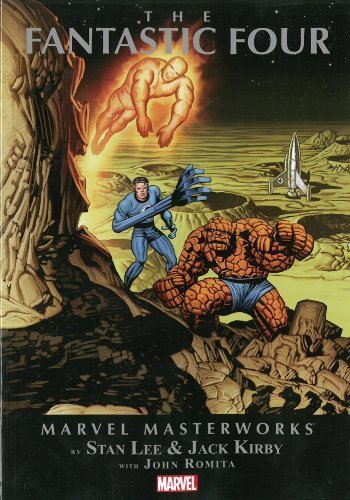 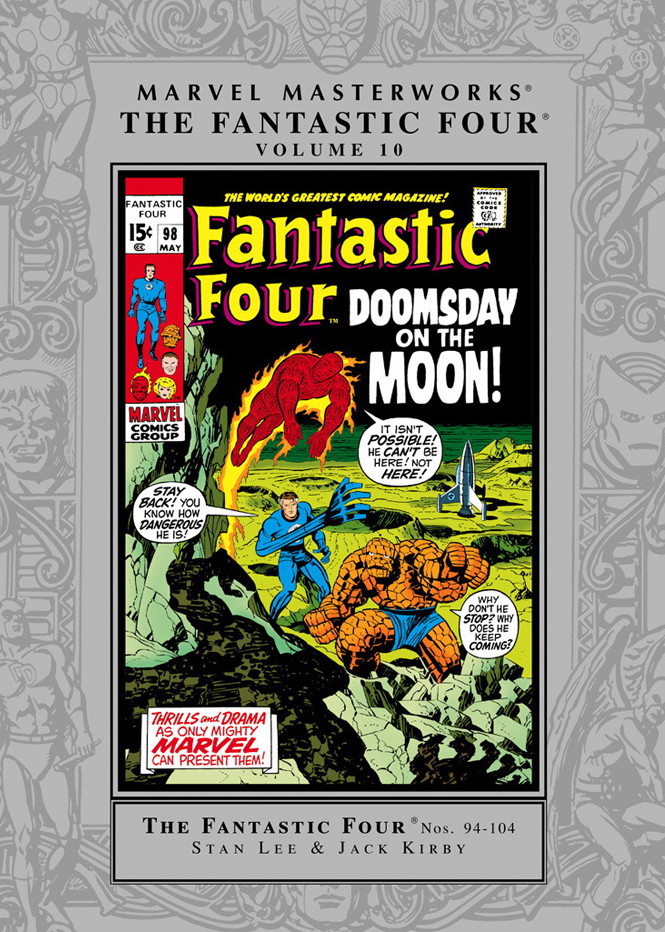 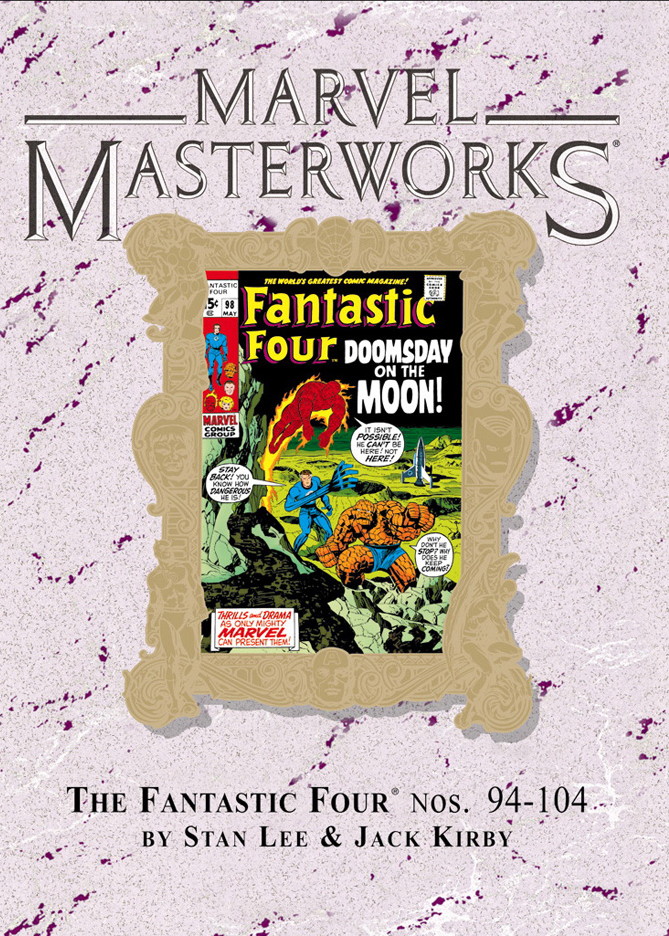 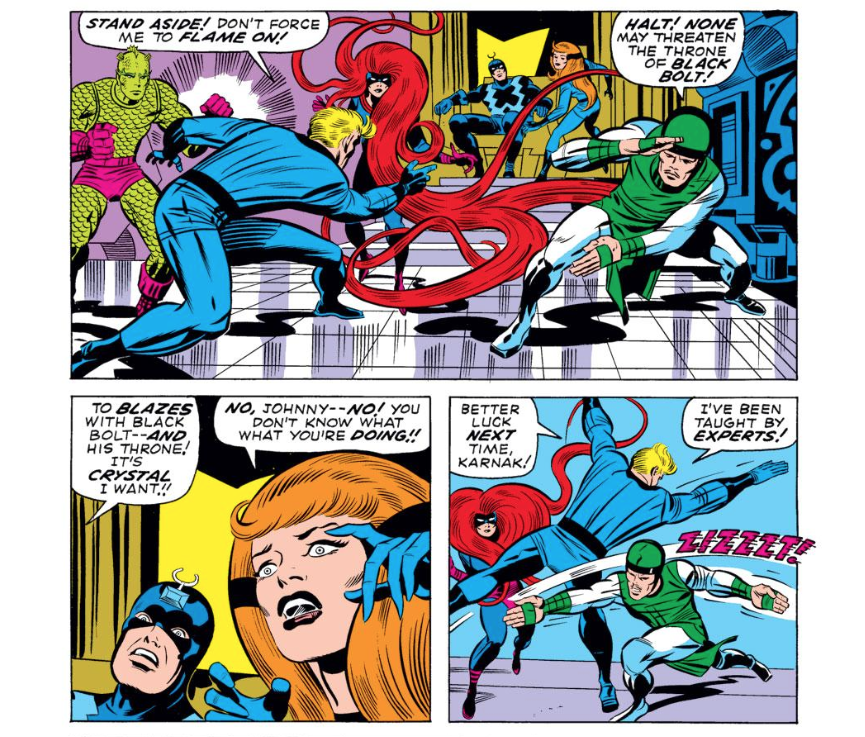 This volume completes Jack Kirby’s phenomenal run on the Fantastic Four with Stan Lee. Kirby drew more than 2000 pages of the FF, before leaving Marvel for rivals DC.

Kirby had reportedly been negotiating with DC for two years, and his disenchantment seemed to show in the previous volume’s stories. It’s less evident here, but it’s as if he deliberately refused to give Marvel anything new. Kirby had created the Silver Surfer, the Black Panther, the Inhumans and more, over a couple of years. Here the only new antagonists are the Monocle, and the unspeaking ‘Monster of the Lost Lagoon’ – neither likely to top a vote for a reappearance. However, the Richards’ nanny (and secretly witch) Agatha Harkness, her American Gothic house, and transforming cat familiar, are a nice addition, but not one Marvel have yet been able to monetise!

There are reappearances from the archly alliterative Frightful Four, Soviet rival the Red Ghost, master-planner the Mad Thinker, and in a triple-parter – the Sub-Mariner. It feels like we’re watching reruns. Previous Thinker stories were amongst the most clever and entertaining – his ability to predict and plan, taken to entertainingly absurd extents. In one earlier story he predicts and manipulates each member’s secret dreams to manoeuvre them away from the team. Here he tries to replace each of the FF with a robot – not as clever, but still one of the more entertaining stories.

Kirby was fascinated by gangsters and their era, and his take on that is The Maggia (sic) who would reappear. They want to flex their muscles by evicting the FF from their home and base, the Baxter Building. What’s more, they aim to do it purely by legal means! However, ambitious mavericks within the organisation have other ideas.

Real life events, like the cold war and space race were the, occasionally visible, backdrop. There’s a tie-in with the real-life moon landing, as the warlike but distant Kree send their Sentry to stop the upstart humans’ advancement beyond their planet. It’s still a thrill to see Neil Armstrong descending the ladder, giving his “One small step…” quote. Lee and Kirby wisely avoid having the FF on the moon too, despite their having already been their more than once! There’s also an appearance from the President of (as he pronounces it here) “Amahrica”, Richard Nixon. He too would reappear – even the relentlessly upbeat Marvel would be disillusioned after the Watergate scandal.

The 100th issue, reprinted here, featured a form of every main character from the whole series – a trainspotter’s delight, and some kind of narrative achievement.

Crystal from The Inhumans joined the team when Sue was occupied with the newborn Richards baby. She’s also the romantic partner of young Johnny Storm, the Human Torch, so when the Inhumans recall her to their hidden city, the impetuous Johnny follows. The Inhumans all look different and visually dazzling, and Kirby seems to revel in these scenes, particularly Medusa’s living, writhing, panel-filling hair.

Kirby’s artwork is as dynamic and visually inventive as ever. Incongruously some of the best images (and many of the splash pages) are domestic ones – check out the Thing up dancing in a suit! On the last two stories, John Romita (Senior) takes over. He’s a capable and dynamic artist, but to connoisseurs, not as good as Kirby.

A good bonus here is a reconstructed Kirby story not fully used at the time, but (literally!) cut up for a flashback in the next volume. These stories are also available in Essential Fantastic Four volume 5.