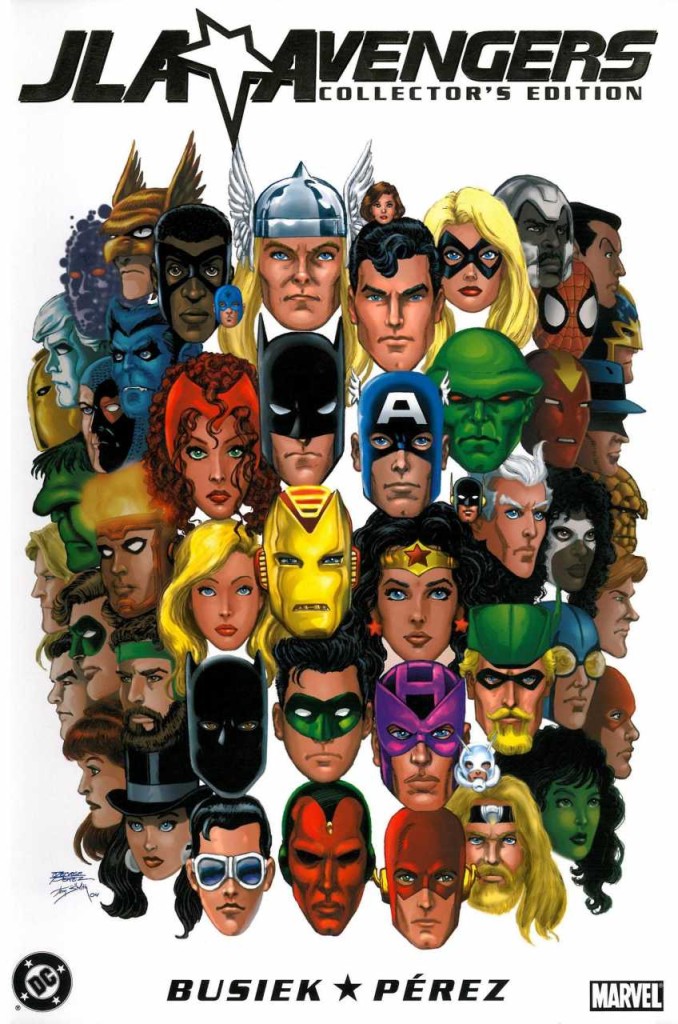 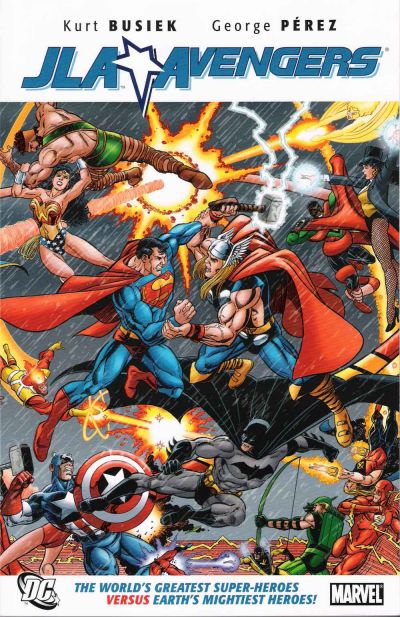 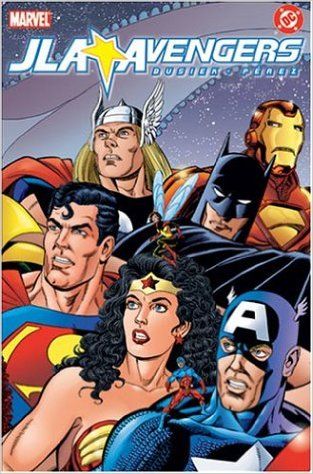 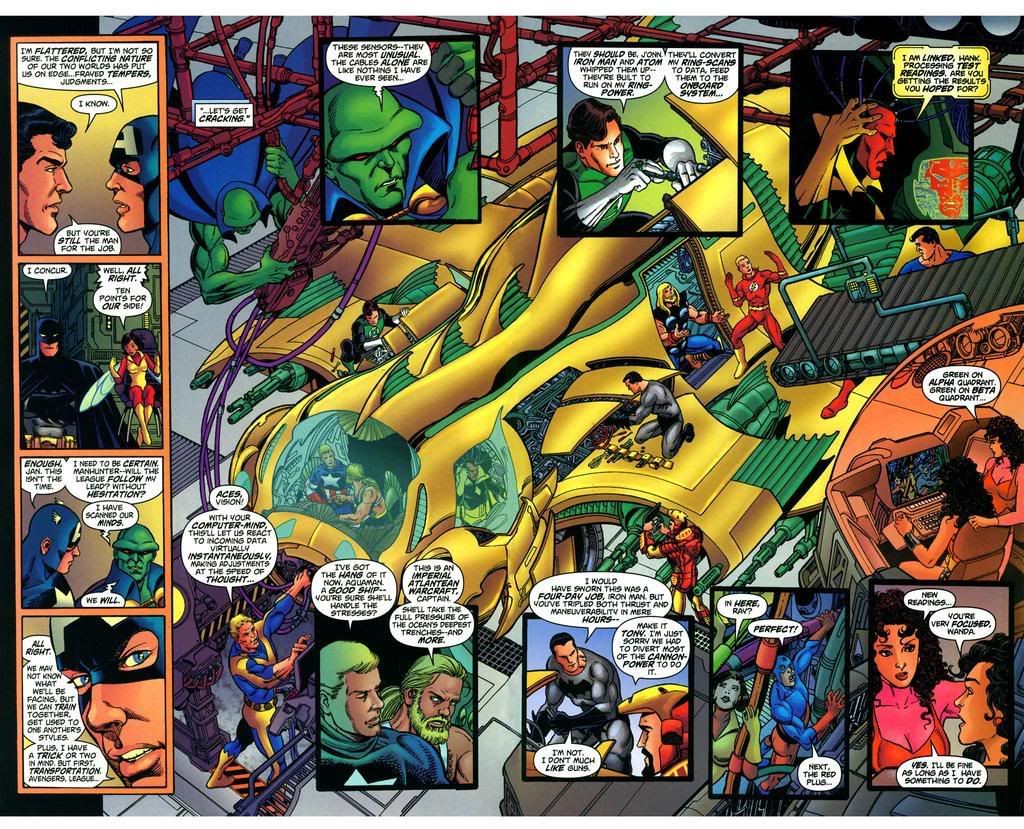 This is the crossover that for years seemed would never happen. A team-up of the greatest superhero groups of the DC and Marvel universes, the Avengers and the Justice League of America, has always been an attractive prospect to those who like to imagine characters meeting each other across franchises (and who doesn’t). Indeed, in a way it had already occurred in the 1960s and 1970s, when Marvel introduced the Squadron Sinister, a group of villains for the Avengers patterned on four key JLA members, and then the Squadron Supreme, a group of heroes who nonetheless ended up fighting the Avengers a lot. The JLA’s version of the Avengers, the Champions of Angor, never had as much impact.

After a series of successful Marvel/DC crossovers, a JLA/Avengers team-up was planned for the early 1980s. The obvious artist was George Pérez, who had illustrated both titles. He completed twenty-odd pages, before inter-company disagreement killed the project.

Twenty years later, relations had thawed sufficiently to attempt resuscitation. Pérez was again the obvious artist, and the script would be by the current Avengers and JLA writers, Kurt Busiek and Mark Waid. Further delays meant Waid was unavailable, and Busiek became sole writer. He and Pérez had just completed an acclaimed run of Avengers, so this inevitably feels like an Avengers story in which the JLA are guest-starring, regardless of Busiek’s efforts to balance the tale.

Busiek draws on those old Squadron Sinister/Supreme comics, for instance by giving a key role to the Grandmaster, who created the Squadron Sinister. But he also takes inspiration from just about every large-scale superhero team-up you can think of, from the very first JLA story in 1960 and the regular meetings between the JLA and the Justice Society of America, through the Avengers/Defenders War, and the X-Men/Teen Titans team-up, to more recent crossovers such as John Byrne’s Batman/Captain America and DC Versus Marvel, and even Busiek’s own Avengers Forever. Most of all, this draws upon DC’s Crisis on Infinite Earths, also drawn by Pérez.

A narrative with so many characters and various influences was bound to be difficult to keep under control, and Busiek is not entirely successful in doing so; the story is often incoherent and difficult to follow. Nevertheless, the plot has its moments: the third chapter’s exploration of what regular team-ups between the JLA and Avengers might have looked like is fun (and includes a sly nod towards the abortive first attempt), and there are clever episodes, such as establishing that DC Earth is larger than Marvel Earth, and thus has room for Gotham City, Metropolis, etc., and the way the Marvel heroes are amazed at how their equivalents on DC Earth are lauded rather than condemned. And there’s a neat fight between Batman and Captain America.

The real joy, though, is Pérez’s artwork for the project he’d waited twenty years to draw. He pencils and inks, and delivers a whole series of superb two-page spreads. He delights in drawing just about every Avenger and member of the JLA, several who haven’t been, and every variation of their costumes. It is Pérez at his very, very best.

The original hardback collection includes an extra volume containing the pages from the 1980s project, and a large number of text features. A cheaper paperback issued in 2008 includes only the main volume.