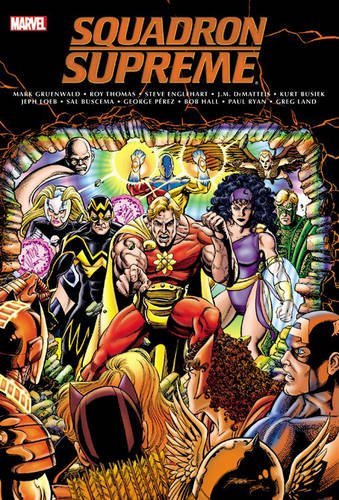 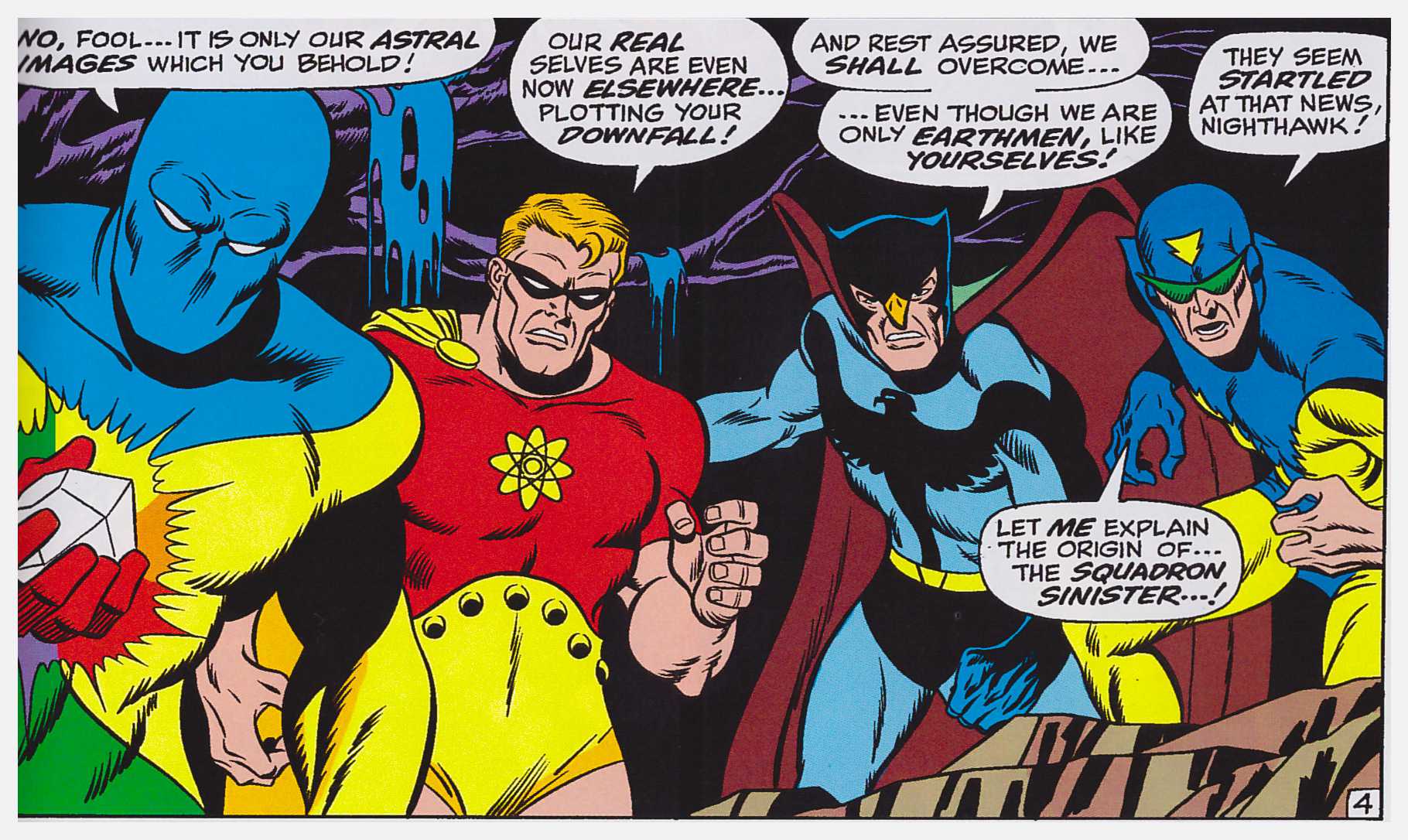 The Squadron Supreme originated as an in-joke courtesy of Roy Thomas and Sal Buscema. In 1969 no-one ever considered crossovers could occur between the upstart Marvel comics and the longer established DC. Unable to pit the Avengers against their DC counterparts the Justice League of America, Thomas created a bunch of villainous analogues and called them the Squadron Sinister, with Buscema’s character designs different enough to avoid a flurry of legal letters.

Comic readers of the day caught on, and demanded a return, so Thomas added further simulacrums and re-cast the group as the Squadron Supreme, protectors of an alternate world. Now drawn by John Buscema, this is an improved superhero set-to that if not completely transcending the decades certainly isn’t shamed by the passage of time. Unfortunately it set a template for later use, and no less than four further stories hinge on the team being mind-controlled or deceived by those who are. Over eleven tales that’s a high repeat ratio. These do, though, include one of the best, by Steve Englehart and George Pérez, then just starting his career, and not yet the artist he’d become. That artist is seen later, illustrating another average misunderstanding between the Squadron and the Avengers written by Kurt Busiek.

It’s Mark Gruenwald who’s the creator most associated with the team, and the first to transcend the joke of their origins. His opening story is an ambitious thirteen chapters investigating both social engineering and autocracy by well-intentioned superheroes. The Squadron initiate the Utopia Program, under which they’ll assume global control for twelve months, attempting to improve the planet for humanity. In terms of writing it’s the best material here, investigating the issues, setting friend upon friend and featuring some heartbreaking moments. Sadly it’s dragged down by pedestrian art.

That’s a theme throughout as few of the artists are among the first rank, some are manifestly poor, and even those with a following such as Greg Land hardly impress. He’s not helped by only having the final three chapters of a nine chapter story included. They’re the only ones featuring this incarnation of the Squadron, and Ultimate Power supplies the entirety. The chapters are better read after the remainder as originally intended since Jeph Loeb springs several very good surprises.

While obviously fond of the Squadron, Gruenwald’s other work lacks the sparkle and ambition of his opening construction. Death of a Universe is ordinary, and the Squadron’s appearances in the Quasar title he wrote in the 1990s drop the quality to poor with an excess of verbiage. In the first they’re sidelined among a cosmic battle in which they’re mind-controlled again, but the second is even worse, and in a book lacking in quality art John Heebink’s is the most uninspired.

That’s the only content unavailable in other publications, but their run-in with the Defenders (Squadron mind-controlled yet again) is only otherwise found in black and white on pulp paper in Essential Defenders volume 6. Better is Tony Bedard’s tale featuring the dimension-hopping Exiles turning up on the Squadron’s world, which concludes a plot running through pretty well all the Squadron’s appearances since that original Gruenwald story.

This book encompasses almost forty years worth of the Squadron, and the vast majority is pedestrian writing and/or poor illustration. You’d be better off saving money by picking up the best as Avengers Masterworks volume 9, The Serpent Crown, Gruenwald’s first Squadron Supreme and Ultimate Power and forgetting about the remainder.