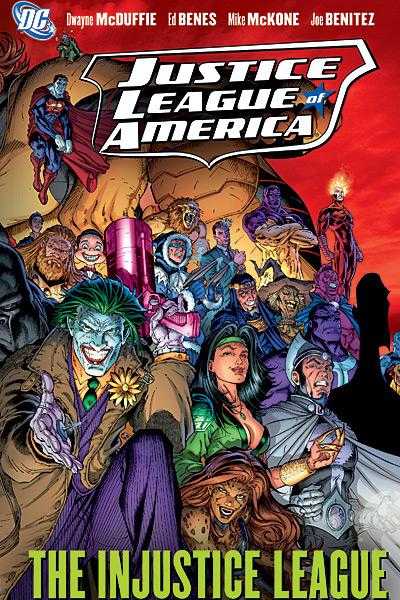 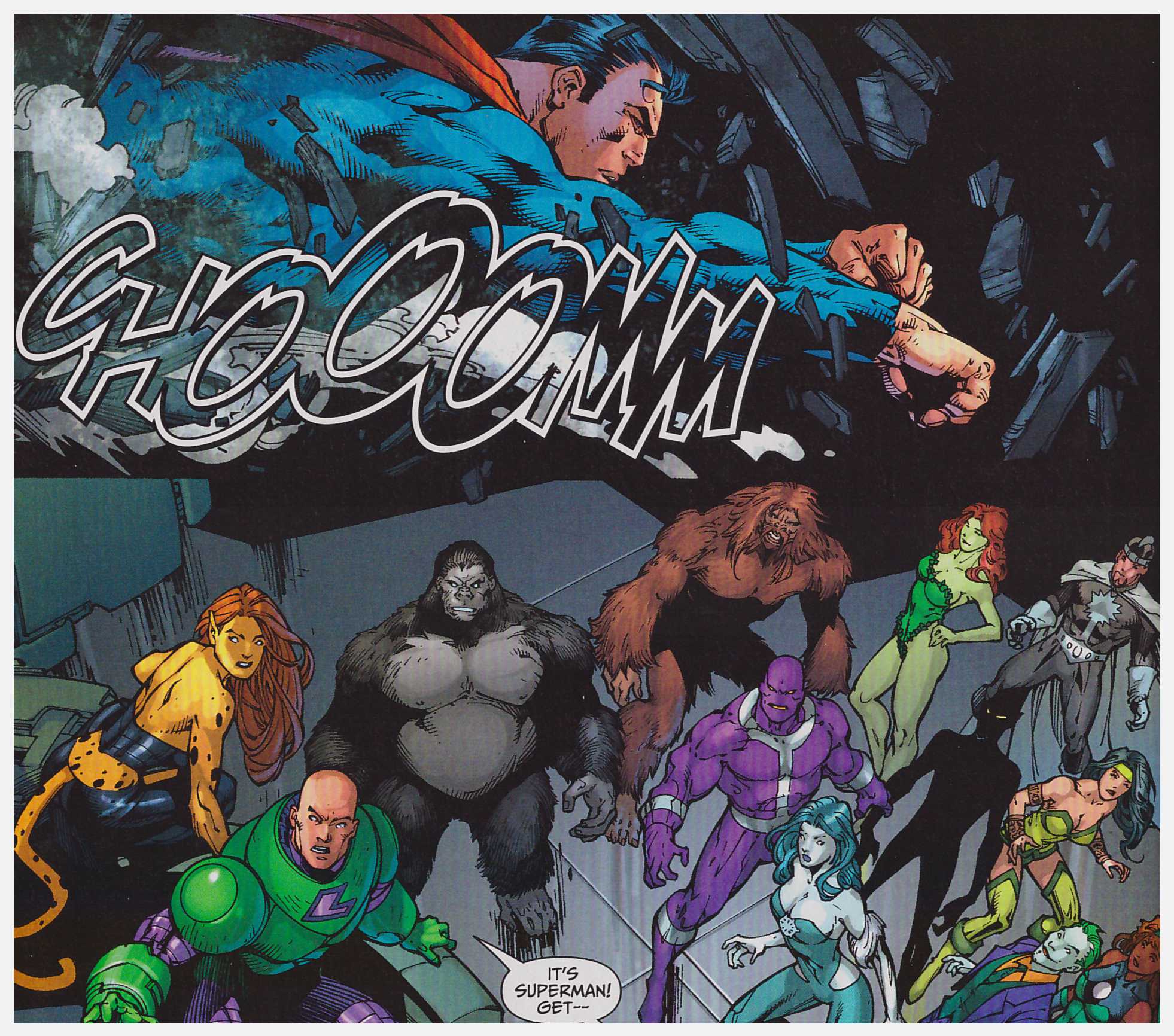 So what occurs when the enemies of Justice League members decide they’ve had enough and band together? The Injustice League of course, headed by the unholy trinity of Lex Luthor, The Joker and Cheetah. Super villains teaming up to beat the good guys has been repeated again and again, so what is different about this one?

For one thing, Dwayne McDuffie started his run on Justice League of America after working on the Justice League animated series. He developed big doses of humanity and lashings of humour around a simple story concept of good guys vs bad guys, an idea he previously explored in the TV series. There is obvious animosity bubbling under the surface as insults, one-liners and quips fly with a comic’s timing while the heroes and villains beat each other to a pulp. Black Canary seethes with anger and tension, unleashing it on foes with a little too much and barely constrained enthusiasm. The Joker supplies some very funny and genuinely honest observations for a homicidal maniac, and Batman as a father figure type looking out for other members of the team (while trying not to be smug about it) is very amusing.

McDuffie also spent time looking at other characters and how they contribute to the League. These are present another side to heroes. How does a relationship work on a team when you depend on a person for your life, but the ex-girlfriend’s criminal activities are the elephant in the room? And how do you get rid of the strippers for a bachelor party and dodge the paparazzi, who might expose secret identities, at the same time?

McDuffie provides his cast with very relatable qualities in their bragging, bickering and funny dilemmas as, for all the powers and figure-hugging spandex, these are people like everyone else. Emotions can better them, and they can also be devoid of any substance. The Injustice League has serious themes but doesn’t take itself overly seriously, which might annoy some readers and please others.

Mike McKone, Joe Benitez and Ed Benes cover the pencilling duties. All three focus on the underlying emotional struggles in their own styles, and the violence conveys a sense of brutality congruent with the story. Sadistic pleasure is drawn on the faces of villains as they afflict grievous bodily harm, although McKone’s work loses effect when he pans out to full-body pictures. Benitez and Benes are more successful at maintaining emotional focus changing the viewpoint. Both also keep a firmer grip on the darker undertones. While it seems that one writer can have the right ingredients, the inconsistency of too many illustrators trying to bring the pot to boil can affect the taste. Would the story be better with one illustrator? Maybe, but that might be too much to ask on a title that gathers so many characters in one place like Justice League.

It should be pointed out that the cover art promises a vast array of heavy-hitting antagonists who are absent from the actual story. The failed promise to deliver an epic super-powered smack-down disappoints.

Overall this is a more angry and vulnerable League battling to keep frustrations from simmering into excessive violence. The basic humanity in those struggles is evident in the story and the art.