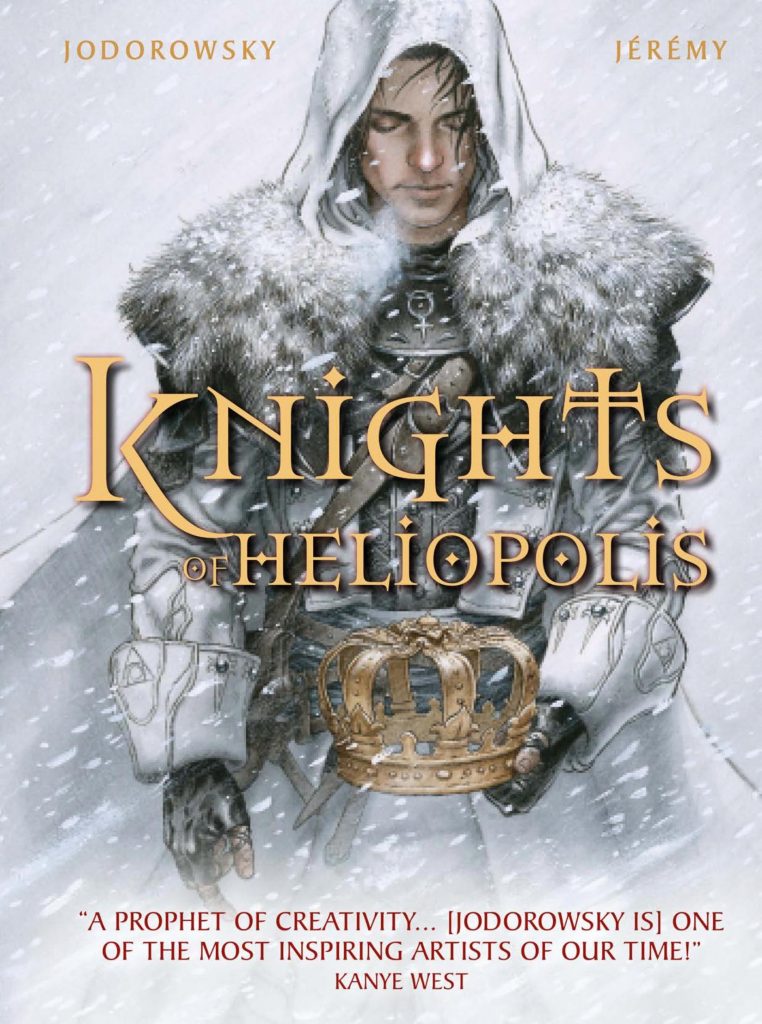 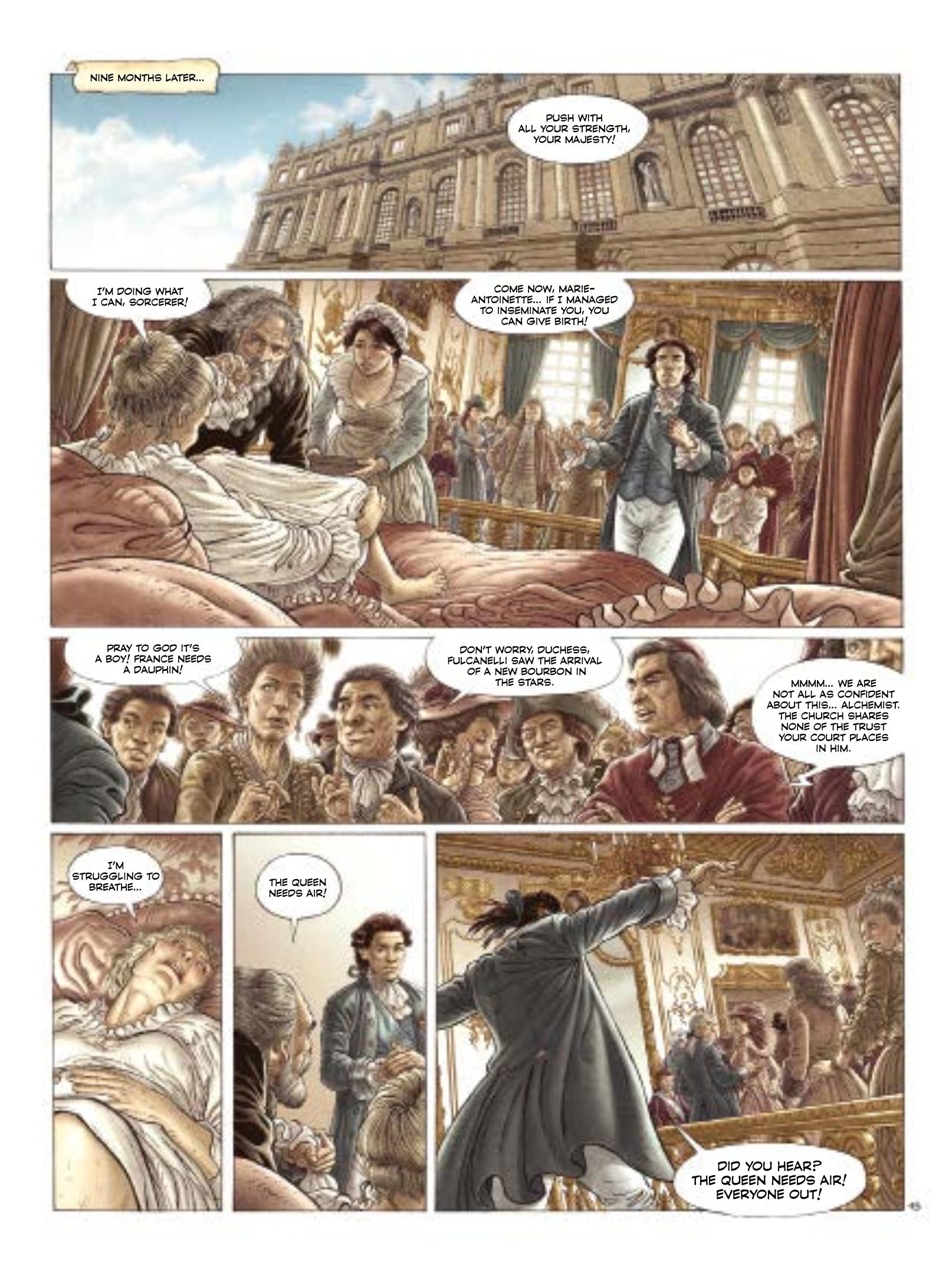 Knights of Heliopolis presents the complete four volume cycle of a world where an ancient order have existed in Europe possessing alchemical secrets, among other remedies preserving their lives for centuries. The latest applicant to join their ranks is the hermaphrodite who would have been King Louis XVII had it not been for the French Revolution.

It’s a bonkers story from Alejandro Jodorowsky, combining the European love of historical drama serials with completely nutty elements, often imagined more for their visual effect than any logical purpose. Early on we see the young heir buried except for his head, covered for protection, while bloody meat is scattered in an approximation of his body. It attracts a vast number of birds. “This meat the ravens are eating, imagine it’s the flesh which imprisons your purer spirit”, he’s told, “unmake these illusions to be finally yourself”. Most might baulk at such nonsense, but Louis is made of sterner stuff, and when the ordeal ends he pronounces “thank you for pulling me from the womb where I died and was resurrected a thousand times”. If you can take that seriously, read on.

Everyone here loves a pompous pronouncement, and what saves Knights of Heliopolis from being entirely laughable is the lush, detailed and character rich art of Jérémy (Petiqueux) whose skill convinces us these events are happening. It’s like watching an 18th century news report. Everything is lusciously drawn, be it Napoleon’s forces battling in Egypt, a talking gorilla savaging guards in the palace of Versailles or Louis chewing on the heart of a freshly slaughtered gazelle. No, this isn’t a story for the weak-stomached.

By the time he’s been through training and returned to France masquerading as Don Nadie, young Louis is sounding like the Adam West Batman: “I noticed that he had a weakness, a slight trembling of the left leg, probably due to an ancient wound”. Louis is the means by which Jodorowsky can unite historical stories (of a sort) he wishes to tell, dropping into thirty page flashbacks and skipping around 19th century Europe with a vague message that immortality bestows wisdom and so only immortality can produce enduring peace. There’s a lot more spiritual gubbins, but that’s what it amounts to. Well, at least until the rug is pulled away and some inconvenient truths are revealed just in time for our hero to shag Jack the Ripper on London’s newly constructed Tower Bridge. Later on we learn another of the many skills the knights have: “I have learned from my sacred science how to give a woman every orgasm necessary”. How generous!

Puzzlingly, the back cover blurb claims this as a re-envisaging of The Man in the Iron Mask, to which it bears no relation. There’s no denying Jodorowsky’s creative intensity, but it demands continual suspension of disbelief as the next swerve is taken, and while absolute monarchs hold absolute power, it’s disappointing to see rape laid out as titillation. A message at the end proclaiming sexual equality as essential is no mitigation. The Knights of Heliopolis is a wild, often silly, sometimes incoherent ride, exceptionally drawn.