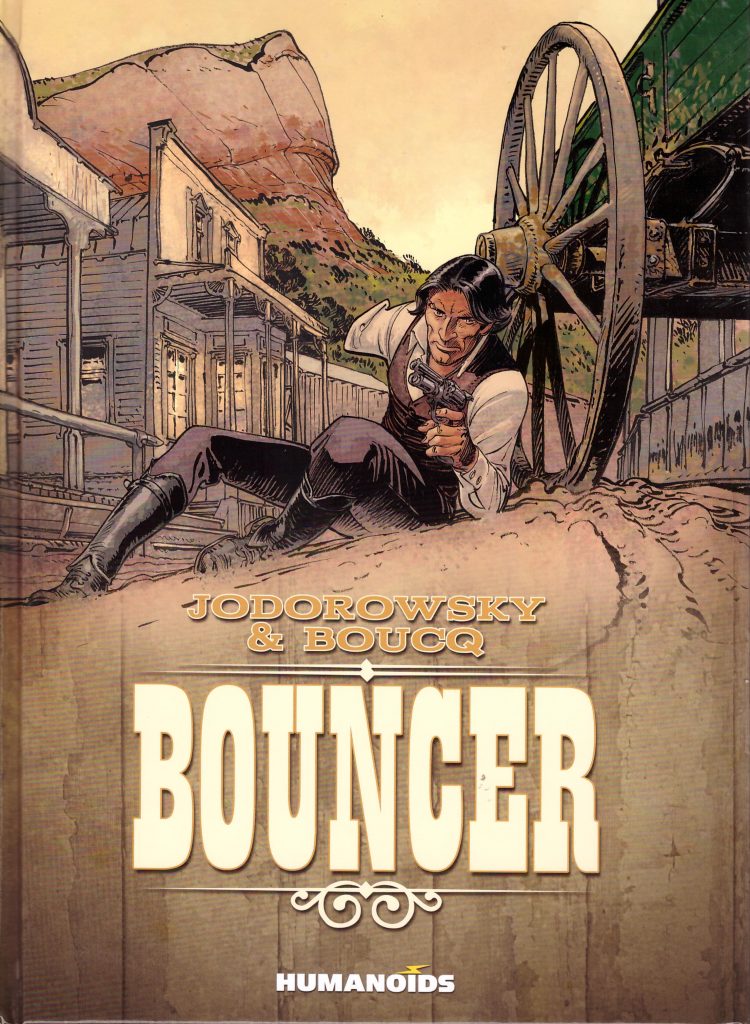 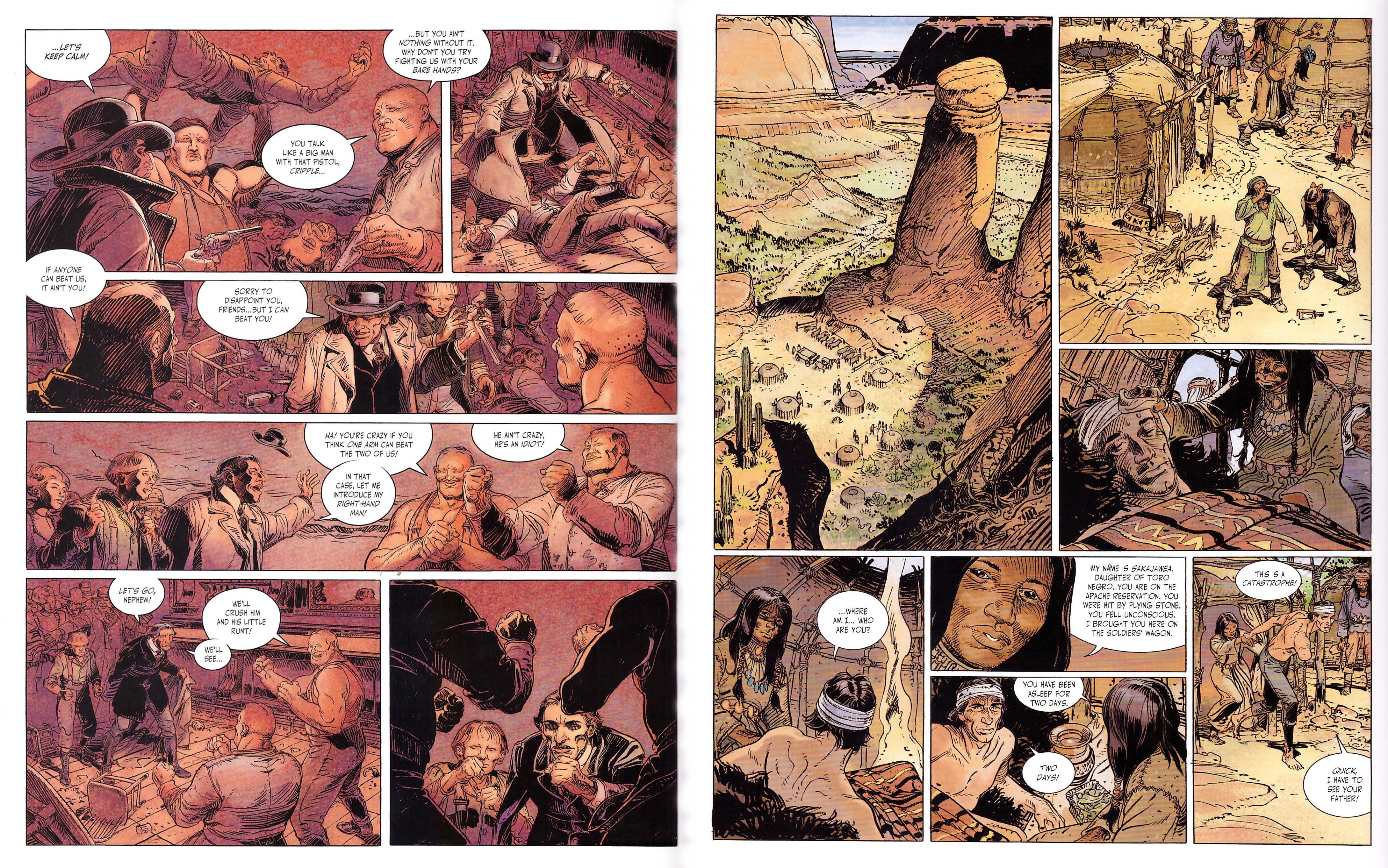 In the pantheon of great European Western series Bouncer is ranked right up near the top, almost accorded the reverence of the Blueberry series, so this translation combining the first seven French albums is some bargain in hardcover even at a list price just shy of $45.

Bouncer is named after his job, where despite having just the single arm, he’s very effective at quelling trouble at the Inferno saloon. He’s also a deadshot, and we learn how and why relatively early in this 400 page book. That’s because Alexandro Jodorowsky is very cinematic in his presentation, influenced by Segio Leone’s Westerns, where flashbacks were part and parcel, and he uses them frequently and for several pages at a time, sometimes contradicting or expanding on previous flashbacks. That’s amid a real urgency to progress his ideas onto the page, which is great, but sometimes at the cost of the dialogue, which is almost exclusively to propel the story. That rush of ideas leads to extraordinarily compressed sequences. A major character is due to be married at one stage, and the entire procedure from proposal to having his heart dashed occupies just six pages including some glimpses at other subplots, and Jodorowsky always has several of those simmering. The action uses many Western standbys, but coupled with Jodorowsky’s own offbeat imagination adding to Western lore, such as a character whose weapon of choice is poisonous snakes.

It’s reinforced that life was cheap and death brutal at the time, and there’s little sentimentality when it comes to the supporting cast, yet at other times Jodorowsky’s plot is completely bonkers, along with some of his cast. The opening story is very good, but a more traditional Western, at least until the end, but as the stories continue you’ll gasp at the audacity of some moments and laugh out loud at the hilarity of others. Just like Hogwarts seems to have a problem with Defence Against the Dark Arts teachers, so are Barro City’s posts of hangman and teacher often open for re-application, while an admirable streak of perversity characterises Bouncer. The plots are propelled by vengeance, greed and sibling rivalry, with people pretending to be something else another well-used device, as is the theme of dysfunctional families, which is common to Jodrowsky’s work.

Franco-Begian comics are blessed with an abundance of artists seemingly able to drawn absolutely anything thrown at them, and draw it well. Even among that highly talented crowd François Boucq stands out. It’s immediately noticeable that his talent for character design is immense. Several dozen people have roles ranging from prominent to occasional, and there’s no mistaking any of them for anyone else, and those with larger roles he’s able to keep looking consistent whatever angle they’re drawn from. There’s not quite the grit about the pages that Jean Giraud applied to the Blueberry cast, but that’s picking at magnificence.

This work has been published in English before as Cain’s Eye, Raising Cain, The One Armed Gunslinger, and Black Hearts, and the links can be followed for more detailed plot information. 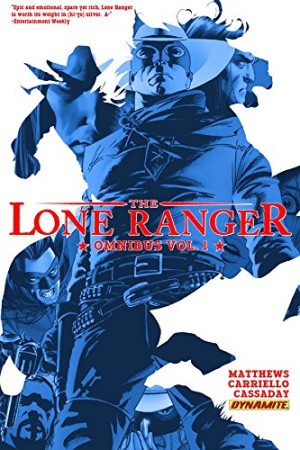