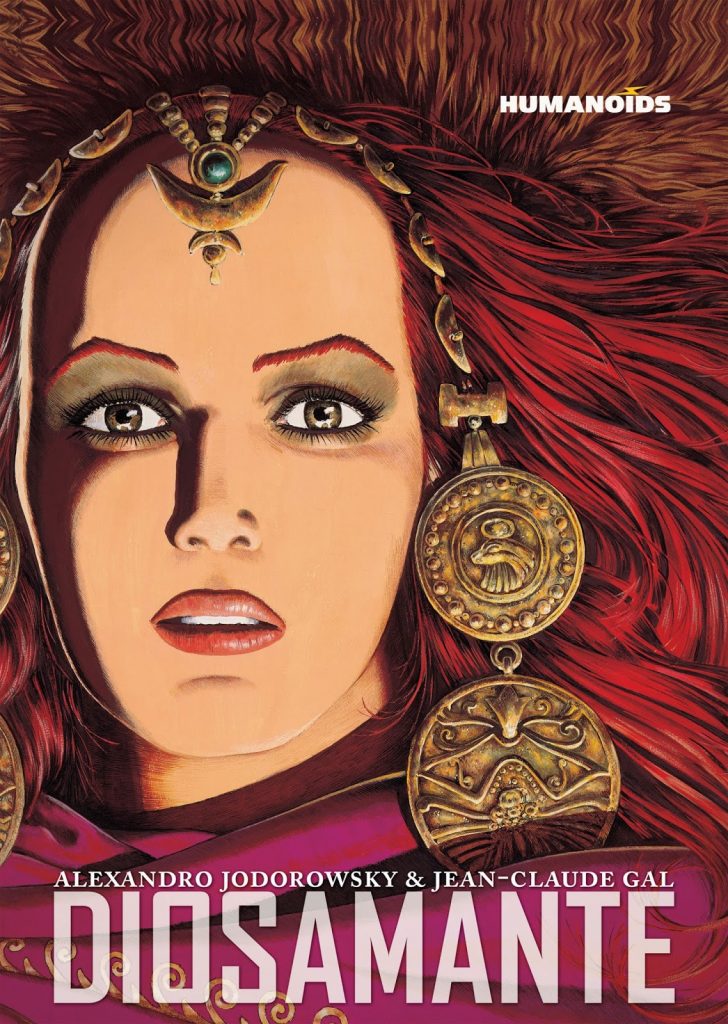 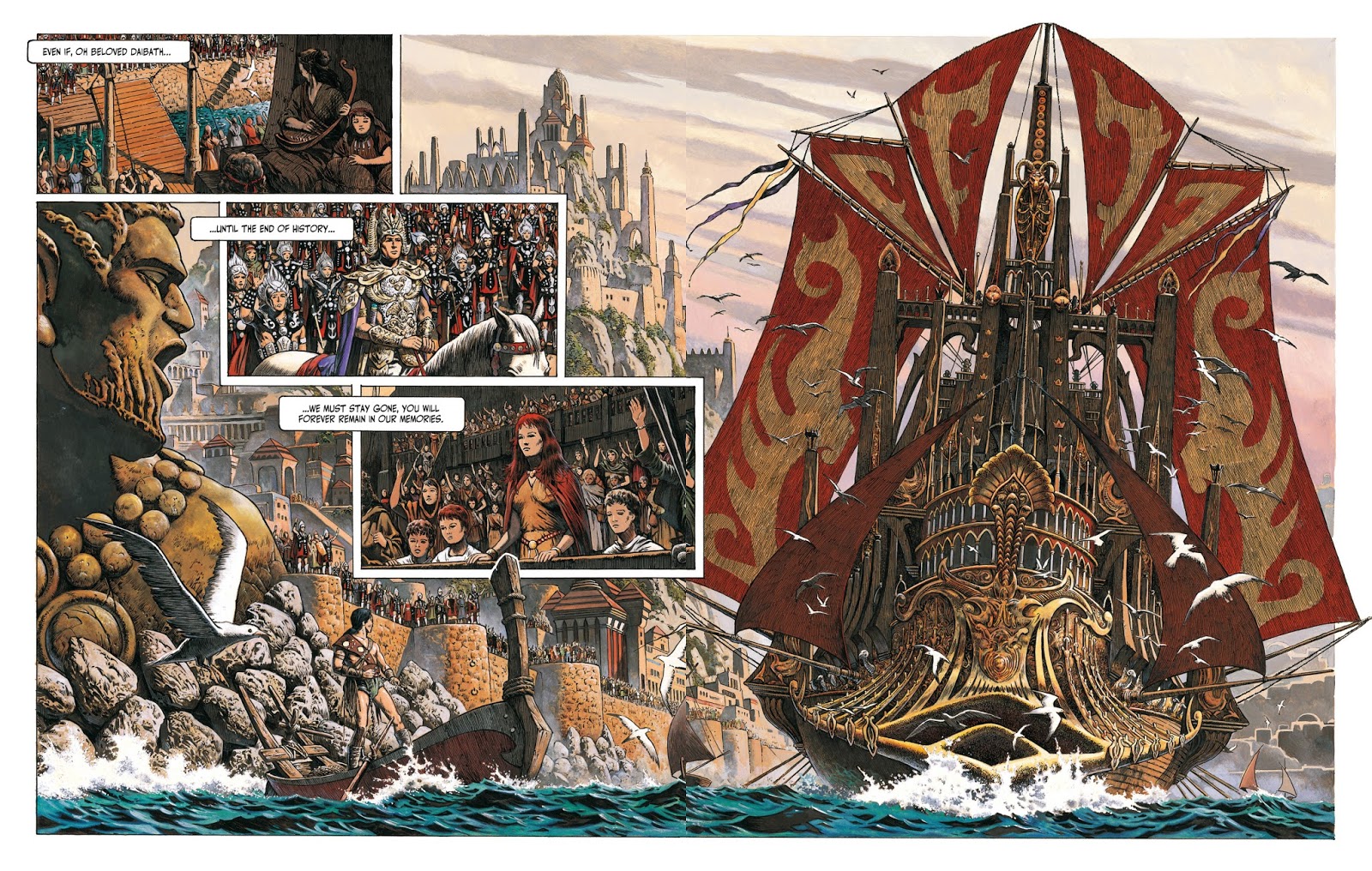 Queen Diosamante’s beauty and allure is famed throughout an ancient kingdom, so much so that when she takes a lover once a year, dozens fight to the death for the privilege of being that man, only the sole survivor claiming her. Diosamante’s fighting skills mean she’s some warrior herself, and on learning that a neighbouring King is more beloved she determines to kill him.

Alejandro Jodorowsky’s plot is standard fantasy that swerves into faux spirituality for the third act. If the sexes were switched to give Conan the lead role, two-thirds of the story would still be much the same, a morality tale of pride, fall and redemption, specifically designed to bring out the best in Jean-Claude Gal. Already known for his astonishing passion for decoration, design and detail, Diosamante was the first time Gal worked in colour, which was added later to his Armies work. Gal is just as superb in colour as he previously was in black and white, adding a precise beauty to brightly presented locations indulging in his love of statues. There’s something of wonder on every page, with the stunning sample spread of a ship topping almost everything before it. Becoming lost in the wonder of the detail is simple, and prompts the realisation of how time intensive painting each page was. These pages are best experienced digitally as there is an inevitable loss of some detail in the binding.

Originally serialised from 1992, for all the supposed spirituality, there’s a contradictory offensive subtext to Diosamante, which is that the lead character must submit to abuse, rape and bestiality to achieve spiritual purity. This is described rather than explicitly illustrated, but rape as a means of enlightenment? Really? When she’s achieved her new personality and won over the person she wanted to impress, this warrior queen’s purpose is to the pluck on the harp and sing while her children play. Despite her originally unpleasant personality, there’s no hint of satire about any of this, and the impression given is of Jodorowsky seeing Diosamante as a creature to be domesticated in the manner of a wild horse. It’s outrageously offensive.

A proposed four volume cycle was curtailed by Gal’s death in 1994. This edition includes the pages he completed for the second volume, with Jodorowsky’s synopsis of how he saw the remainder of the story playing out. It also shows Gal’s unfinished pages, some with the colour incomplete, some just pencilled, and some only roughed out in felt pen on notepaper. However, the quality of those ‘rough’ illustrations is amazing, better than the finished pages of many a comic artist. They have to be seen to be believed.

The offensive elements provide a moral dilemma, as the art is so gorgeous, so complete, does a point of principle invalidate it?