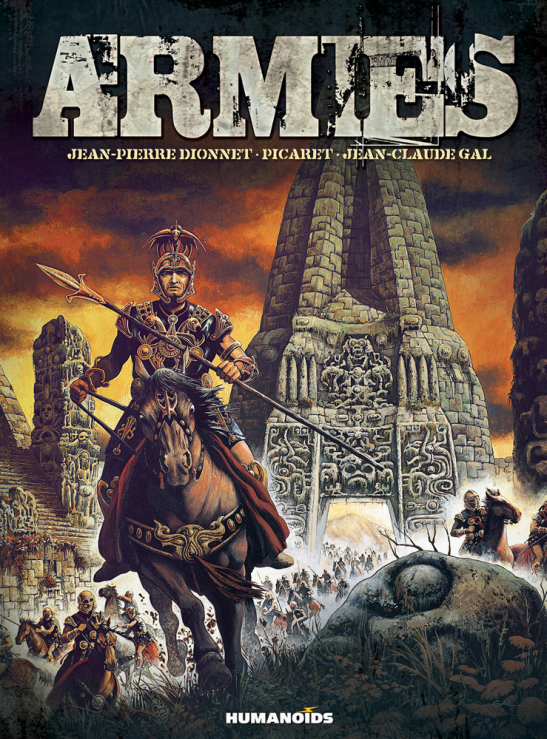 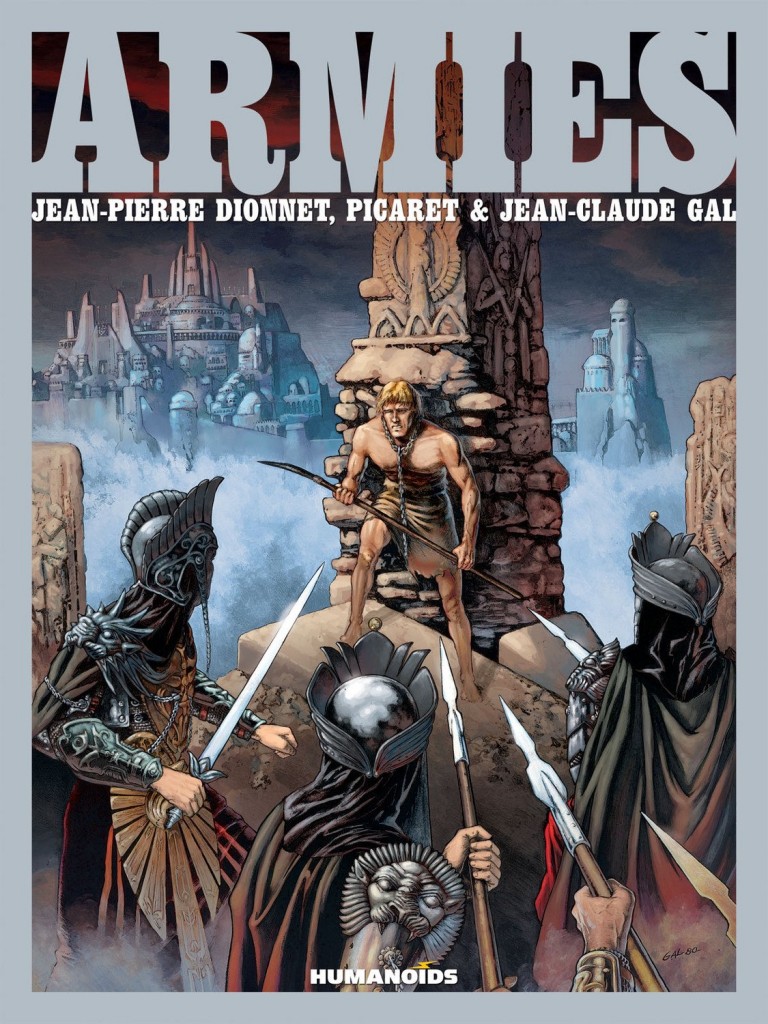 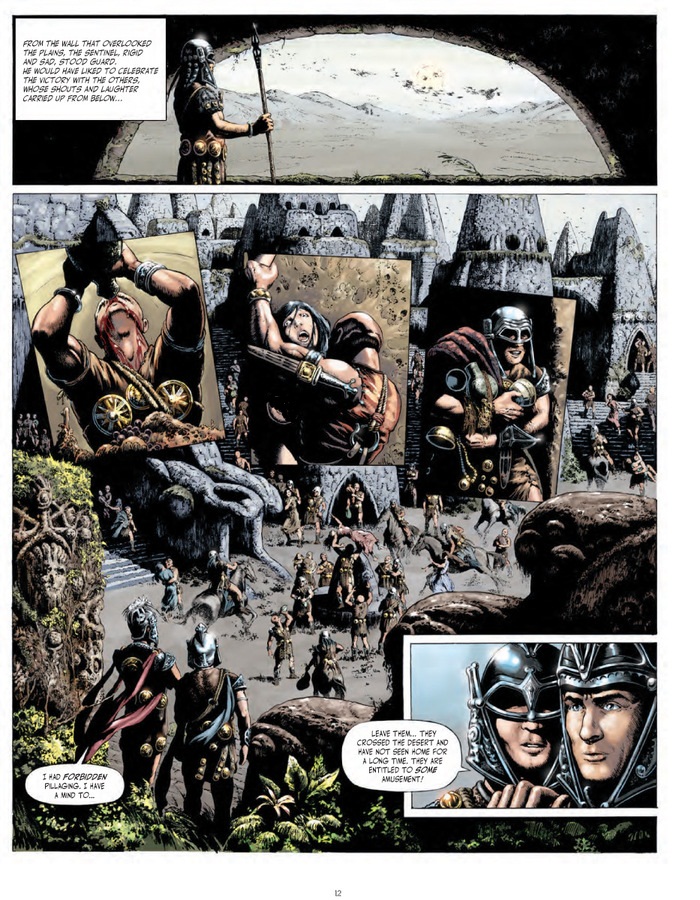 Armies is a collection admired for decades in France, and the book only has to be opened to view the wonder. Page after page after page of stunning art greets the eye. Jean-Claude Gal’s career output was relatively sparse, and while Jean-Pierre Dionnet’s loving introduction offers an additional reason, looking at these pages it’s also obvious why. Gal wasn’t a man who could illustrate in broad strokes. For him a world was only complete when every possible detail was added, as can be seen by the architecture, statuary, foliage and armour on the sample page, never mind dozens of soldiers running amok, each of them a distinct and proportioned figure. Pretty well every single page of the first of two stories displays a similar visual identity. Gal was a great admirer of American classicist Burne Hogarth, but his own approach lacks the emphasis on muscular perfection. He’s fond of framing within individual panels rather than using the panels themselves as a framing device, and of scattering random action elements across his full page scenes. The result is very atmospheric. It’s astonishingly rare that the art alone is genuinely worth the cover price without even considering the accompanying story, but Armies is that book. It’s possible to study it for hours without even considering the plot.

Thankfully, Dionnet holds his end up over numerous short stories. In his introduction he explains the unusual writing method whereby he’d provide plots for a few pages at a time with no overall structure in mind, then only consider the continuation once Gal had completed the previous section. That could result in a disjointed, episodic feel, yet that’s never the case, and Dionnet varies his stories. They nominally feature a vast army in the service of someone known only as the Conqueror who’s never actually seen. That’s because he’s irrelevant. For Dionnet a vast army is a means to an end of accumulating individuals who have stories or about whom he can tell stories. Notwithstanding the sample page, the individual tales are rarely about a successful campaign or formidable opposition, but concern the nights at the camp fire, or the individual exploration of a new territory.

Two books as originally published in France form this collection. The first was originally known as Conquering Armies, and the remaining two-thirds of this collection is Arn’s Revenge. It’s similar in style and may or may not be connected. That’s up to you. For much of Arn’s story Dionnet writes with Picaret, and there’s a complexity requiring close attention. Arn is the son of an emperor who’s abducted, enslaved, and who takes years to escape. He’s almost superhumanly determined, but the eventual purpose of the story is revealed as a morality fable. This semi-sequel doesn’t match the collection of short stories because it’s more obviously traditional heroic fantasy and while Gal’s art is still magnificent, his pages are also more traditionally designed.

Armies is available in two editions. If you have the money, the deluxe oversized publication is the one to buy as it’s Gal’s art displayed in the best possible fashion. Anyone buying the standard paperback, however is hardly shortchanged at a reasonable price and good reproduction on thick white stock. For anyone wanting further background, there’s an informative interview with Dionnet on the Comics Journal site.