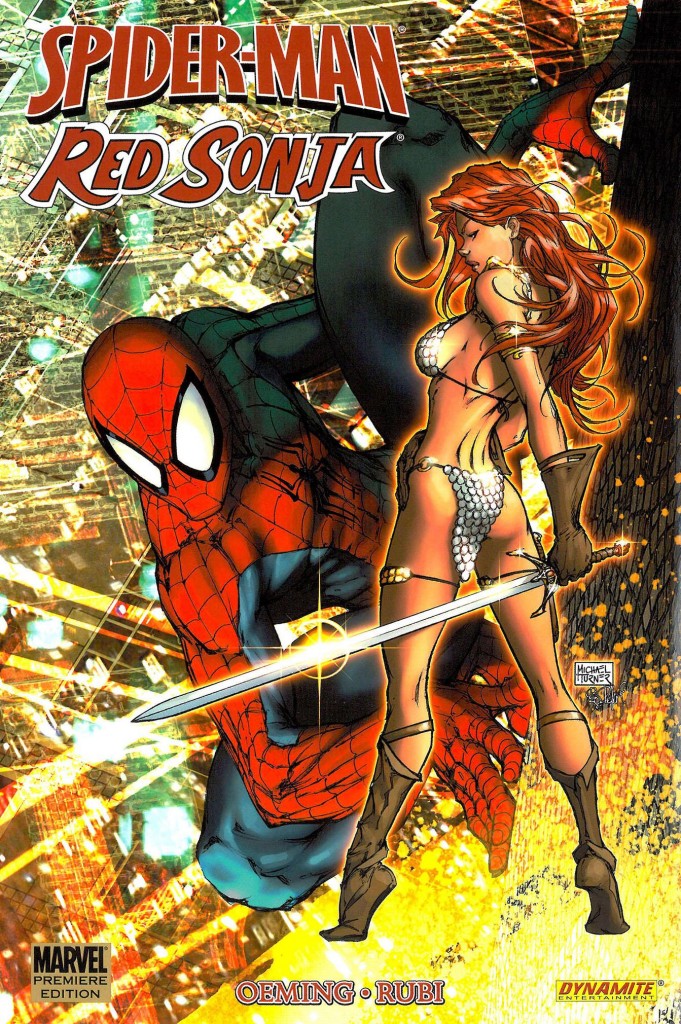 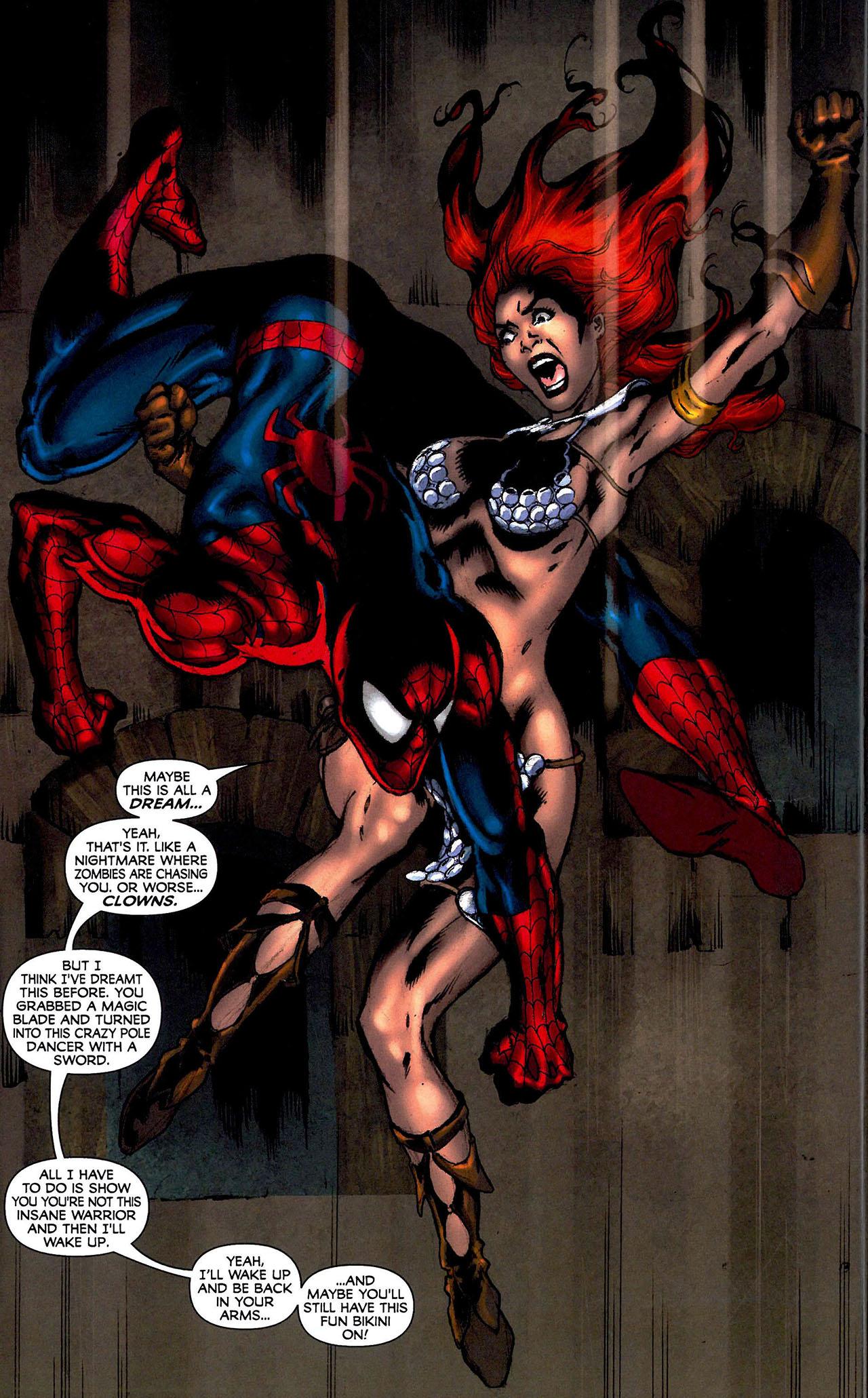 There’s a reason to be extremely grateful for Marvel and Dynamite Entertainment releasing a new teaming of Spider-Man with Hyborean Age warrior Red Sonja. The main story is a bit of a dog’s dinner, but tucked in the back of this collection is the never previously reprinted first teaming of Spider-Man and Red Sonja. There may be a little too much dialogue for today’s tastes, but it’s a good plot from Chris Claremont, and, boy, did John Byrne knock himself out over the art. Presenting the newer material first is understandable, but Michael Avon Oeming’s story is a sequel to that 1979 tale, so you’re better off reading that first then coming back for the main feature.

In both sorcerer Kulan Gath is up to no good. In both Red Sonja is initially more antagonist for Spider-Man than friend, and in both there’s the same reason why Spider-Man has to hold back in dealing with a savage and capable foe. There is one aspect in which there’s no comparison between the earlier and later team-ups. Byrne is the better artist by some considerable distance. Mel Rubi’s paintings flow, but the eye is constantly settling on a poorly drawn figure. Just look at the sample page. We’re not dealing with realism in a story featuring Spider-Man and Red Sonja, but how does any human twist their body into that shape? It’s a problem because Rubi uses full page illustrations numerous times and they stun for the wrong reasons. He’s not great with depth either.

It’s not just Rubi who disappoints. Claremont’s plot may be verbose, but he’s covered all the angles and there are no dangling threads. Oeming’s plot has Kulan Gath revive his greatest foe, Red Sonja, in 21st century New York on the basis that he can set her against Spider-Man and so prevent any interference with his plans. It’s a Spider-Man story, so let’s gloss over the possibility that other Marvel heroes might be curious about the world being transformed into Mordor, but pulling your most dangerous enemy through the centuries as a distraction? Really? Wouldn’t Spider-Man’s enemies have served equally well? Oh, there they are. And while an instruction to execute all redheads in New York so Red Sonja can’t inhabit anyone else may be a horrific idea (and one of several biblical nods) it’s not clear at the end whether all is as it was or if Mary Jane Watson is the only living redhead in New York. And when everyone else in New York was transformed into cod-Shakespearean speaking types, why was Spider-Man immune? Or is the case that he wasn’t and he’s now actually speaking Hyborean, since he and Red Sonja have no trouble conversing. There is a possible reason for this, but it’s never actually clarified. All this is before we hit the Venom plot, and that raises several more questions.

Presumably this isn’t an exclusive opinion as prices for second hand copies of this collection are very low. Low enough, in fact, to justify buying the book for the Claremont/Byrne story alone.