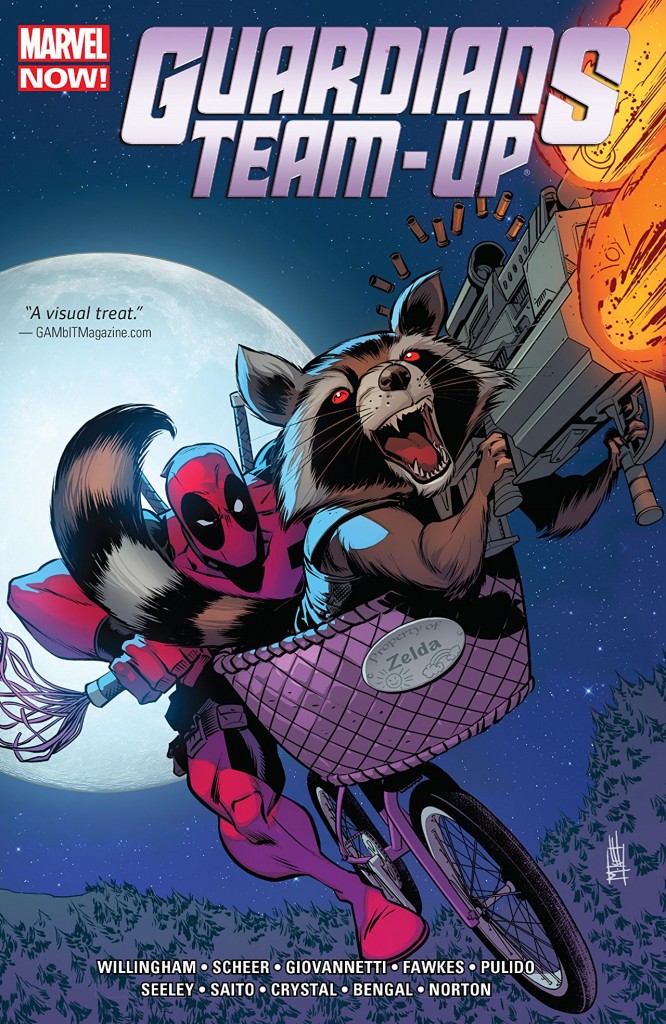 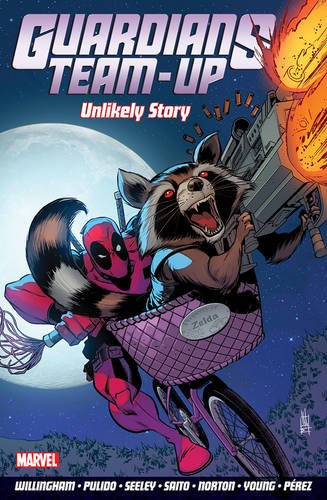 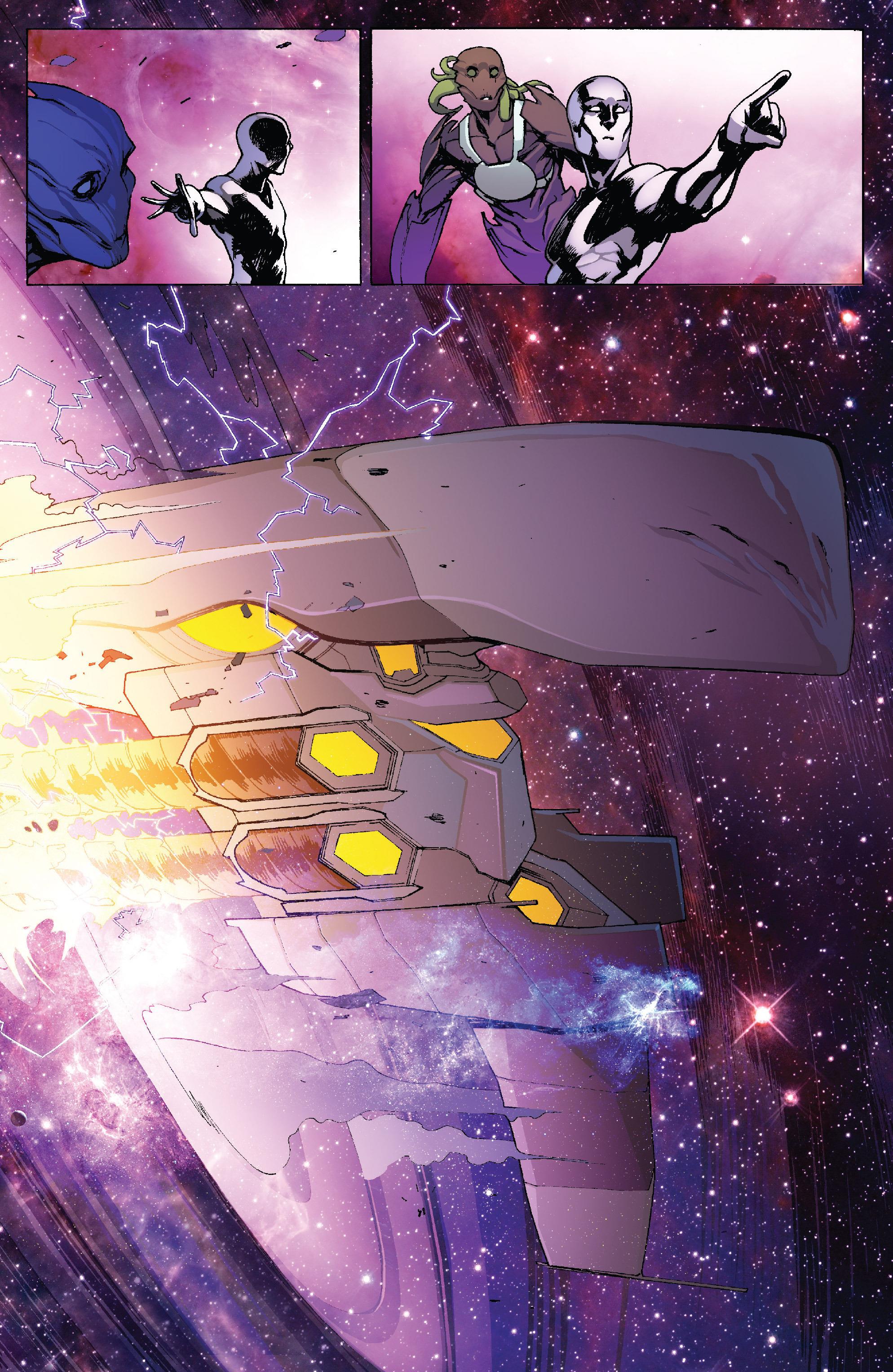 Following the unexpected commercial success of the Guardians of the Galaxy film, Marvel put some stories together as a promotional exercise, not so obvious in the preceding volume Guardians Assemble! To say they weren’t so blatant in Vol.2 is an Unlikely Story. Essentially it’s more or less the same format with members of the Guardians of the Galaxy teaming up with other Marvel characters, though nearly all of the team-ups are with those about to be, have been or currently in their own Marvel related film. Coincidence?

The cover suggestion of parody is followed through from start to finish. Bill Willingham channels swashbuckling fantasy as he pairs Nightcrawler with Gamora, Diogo Santo providing sumptuous background details that never overwhelms the central art. Nick Giovannetti and Paul Scheer do a spin on crime capers with tongue firmly in cheek as they team Drax the Destoyer with Ant-Man Scott Lang. Shawn Crystal provides the visuals, experimenting with the noir style of Sean Phillips mixed with cartooning that works surprisingly well. Groot and Silver Surfer look for a treasure of sorts in a story with no dialogue or words until the last page courtesy of Ray Fawkes. The cosmic setting and action makes it difficult to follow without dialogue, but Bengal’s fusion of old school Marvel art with his own is impressive (featured). Star-Lord Peter Quill and Spider-Man Peter Parker feature in a Love and Rockets spoof entitled ‘Guns and Rockets’ imitating the Hernandez brothers’ style quite closely. This “Interstellar romance in the Marvel way” from writer/artist Javier Pulido demonstrates that alternative styles can actually work in Marvel, though you might find it slightly bamboozling if you aren’t familiar with Love & Rockets.

Tim Seeley and Mike Norton present the team-up everyone would be looking for as Deadpool sends out an intergalactic call for mercenaries to take out a guy called Macho, Rocket responding to settle a score. It’s not bad with plenty of fourth wall smashing and other classic Deadpool moments, but the realisation that this is primarily a marketing strategy for Marvel’s film projects has soured the reading pleasure by now. The final story redeems, even if it’s not a Guardians of the Galaxy tale so technically shouldn’t be here, but it it does feature Deadpool and is surprisingly the best on offer. Written by Skottie Young and excellently illustrated by Ramon Pérez it’s funny and irreverent with plenty of Marvel in-jokes and parodies of other sci-fi franchises.

Artistically this is a good collection with plenty of experimentation and exciting work. The problem is that the ideas are too constrained by a single short story, the plots often dragging (not a good thing). It means that nothing stands out as memorable, a shame since an extra page or two here and there would make a big difference. There’s a higher standard overall than Guardians Assemble, but that title’s good stories really shone where these don’t apart from Young and Pérez’s work. There is still fun to be had here and teenagers/film fans might enjoy the light entertainment Unlikely Story offers. 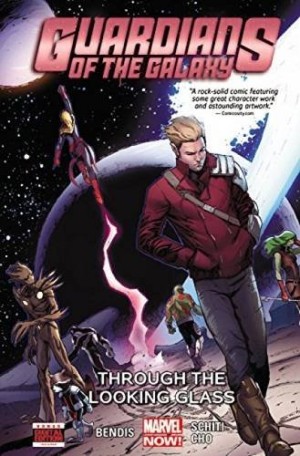