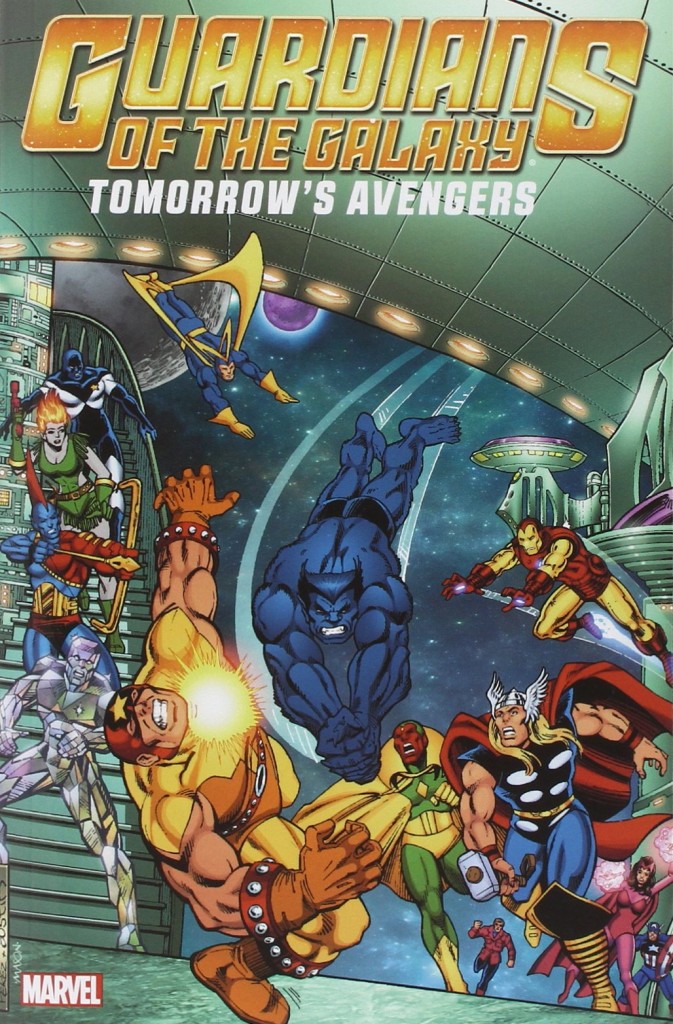 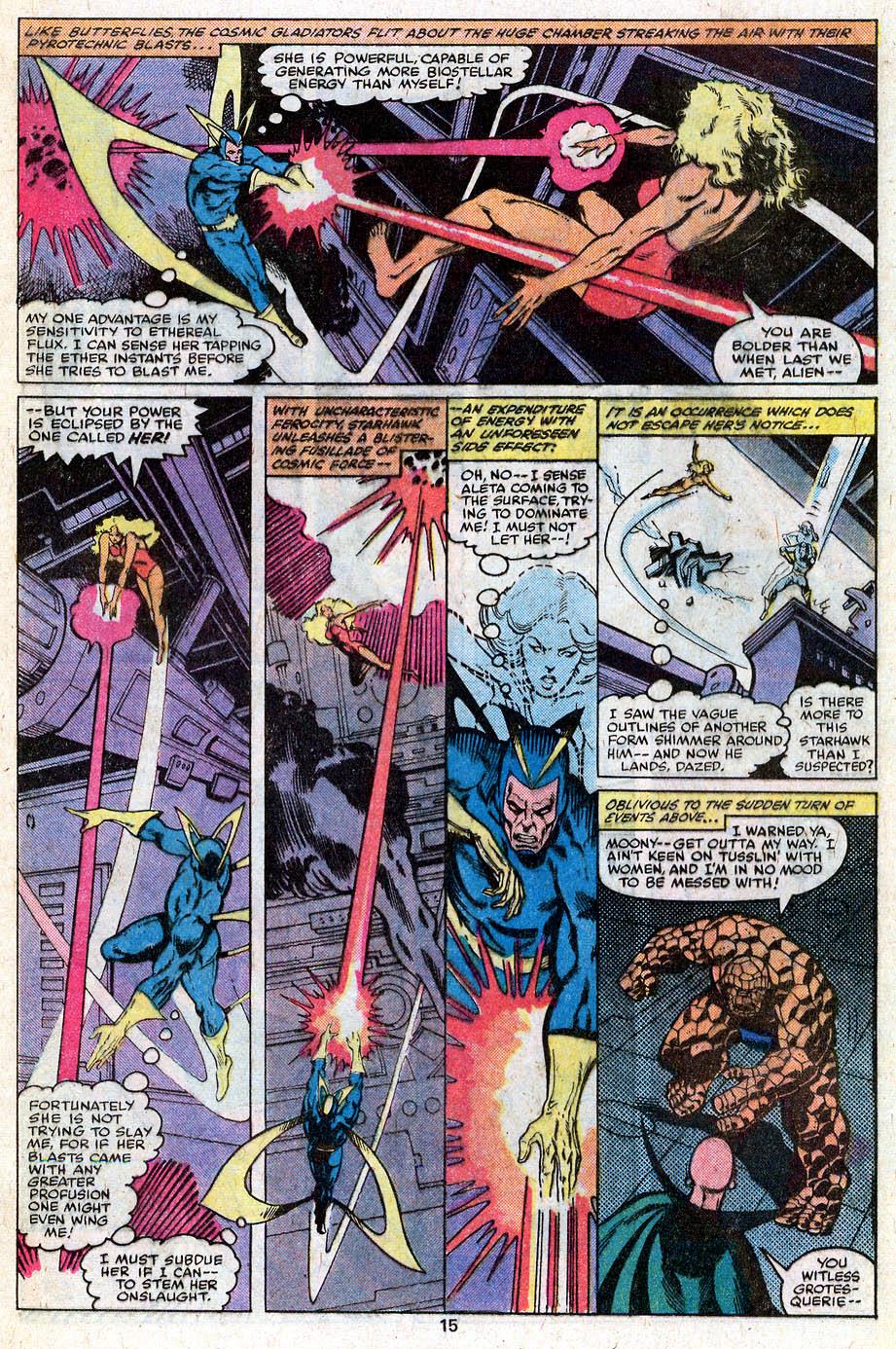 This team originated in the future, and the opening Tomorrow’s Avengers collection covered their escapades there. The bulk of this collection sees them back in the 20th century interacting with better known Marvel heroes, and the bulk of that is an ambitious ten part story written by Jim Shooter. For a full review of that see Avengers: The Korvac Saga, but the brief version is that it’s a rare case of ambition being translated into a spellbinding story that still reads well. Unfortunately the art isn’t as good, with replacement penciller Dave Wenzel then very early in his career, and unable to match the power and decorative qualities that George Pérez brings to the earliest chapters.

That’s preceded by a Thor annual introducing the aforementioned Korvac. Klaus Janson’s finishes on Sal Buscema’s pencils provide an attractive grit, and Len Wein and Roger Stern’s story has some nice echoes (Thor frozen in space rescued and defrosted by the Guardians aboard a spaceship named Captain America). For the most part it’s a story of its era, as is Chris Claremont and Mike Vosburg’s teaming of Vance Astro and the Carol Danvers version of Ms Marvel.

Claremont’s on better form when Spider-Man meets the Guardians, graced by some nice Bob McLeod artwork. The plot is provided by Allyn Brodksy, and while also of its era, there’s no predictability about it, and Claremont’s characterisation is good, prioritising Nikki, very much a background character for much of the remaining content.

Mark Gruenwald is the next to pick up on the Guardians, starting with Starhawk’s involvement in an odd plot concerning an artificially created perfect woman seeking her perfect mate, Adam Warlock, at that time dead. It’s from the Thing’s team-up comic back in the days when Ben Grimm was a headliner. The expository thought balloons Gruenwald frequently employs give a dated quality to his scripting, and conceal his interesting plot elements, but the duality of Starhawk is wasted. The art by Jerry Bingham inked by Gene Day (sample page) certainly has its moments, but the story is too indirect and sunk by excess verbiage. Plus, in the 21st century there’s no excuse for the Thing spanking Moondragon.

Ralph Macchio co-writes the penultimate offering, which is better. One of the Guardians, Vance Astro, grew up in the 1970s before the long strange journey that took him a millennium into the future. While warned of consequences, he’s unable to resist the opportunity to visit his younger self in an attempt to alter that future. Excess verbiage is again a problem, but there’s a heart to this moving tale, while Gruenwald and Macchio introduce their theories of time travel and alternate timelines to the Marvel Universe. Ron Wilson’s pencils are very influenced by Jack Kirby, but he doesn’t match Kirby’s imaginative storytelling.

The Guardians only have a cameo role in a final chapter sourced from The Avengers, in which problems introduced in the Korvac story come home to roost. By David Michelinie and John Byrne, it establishes the Guardians intend to return to their own time, and that’s where the series by Jim Valentino picked up years later.

Unless you’re a Guardians of the Galaxy completist, in terms of quality there’s nothing in this collection worth the high cover price other than the Korvac story, and that’s available separately in cheaper books.