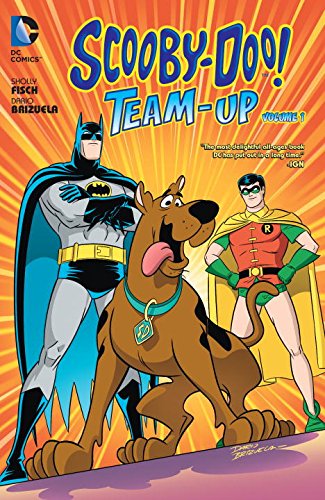 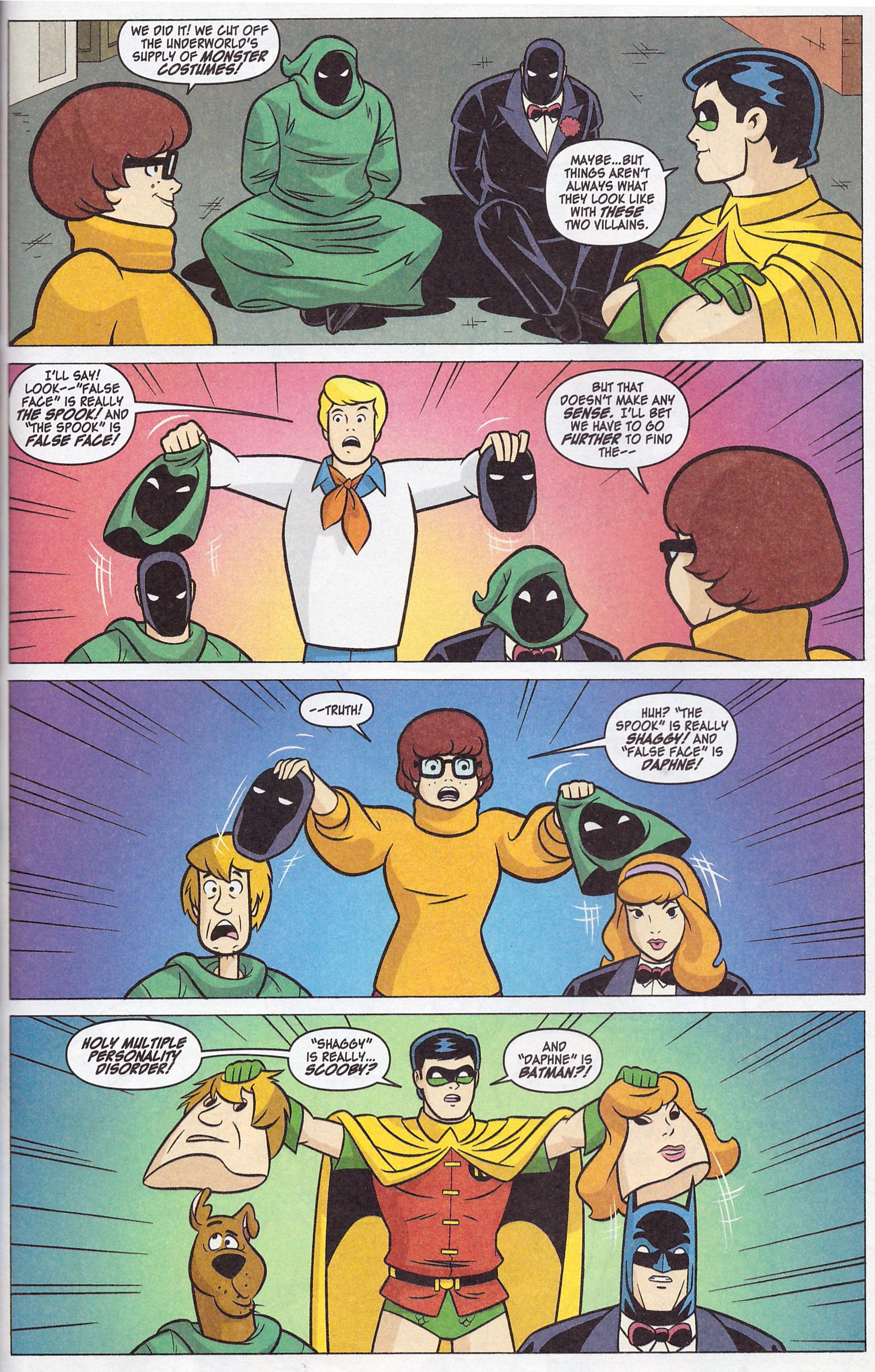 In the early 1970s with Scooby-Doo established as a runaway success, recommissioned year after year, the format was altered. The length of the animated show was extended, and the Scooby gang were teamed with someone for each episode. The guest stars ranged from real life celebrities to the Harlem Globetrotters, and Batman also featured. Scooby-Doo Team-Up follows that formula. Celebrity guest stars may be off-limits for creators Sholly Fisch and Dario Brizuela, but they have the entire DC universe to play around with, and as the book continues they become increasingly offbeat.

Batman is the obvious starting choice, and for sales purposes also features in the following two stories, in each accompanied by Robin, and also by the juvenilia shunned by most Batman fans. The primary team-up in the second tale is with Ace the Bat-Hound, which is just as well as Scooby himself received short shrift in the opener, and then magical imp Bat-Mite puts in an appearance.

Fisch’s scripts are aimed at the younger end of the market, but contain enough knowing winks to keep adults interested in reading them to children. At a meeting of the Mystery Analysts of Gotham City, for instance, Batman details his forensic methods while Fred relates how revealing criminals is usually just a matter of ripping masks off.

The potential banana skin of teaming the Scooby cast with the animated Teen Titans, given their completely mismatched cartoon designs, is carried off superbly by Brizuela, in what turns out to be the collection’s best story. Fisch’s funny script completely disarms. A shared love of pizza and snacks is one bonding element as the haunting of Titans Tower is investigated and Fisch throws in one knowing joke after another. Beware. It’ll have the youngsters screaming to investigate Fisch’s work on Teen Titans Go!

Team-ups with Wonder Woman and the Super Friends follow, both also entertaining. Fisch transfers the screen jokes and spirit of fun from Scooby-Doo to the comics, and Brizuela’s cartooning is great. The series has proved a surprise success, with several more graphic novel collections following. Beginning with volume 2. 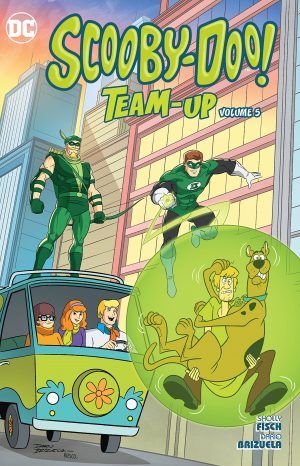