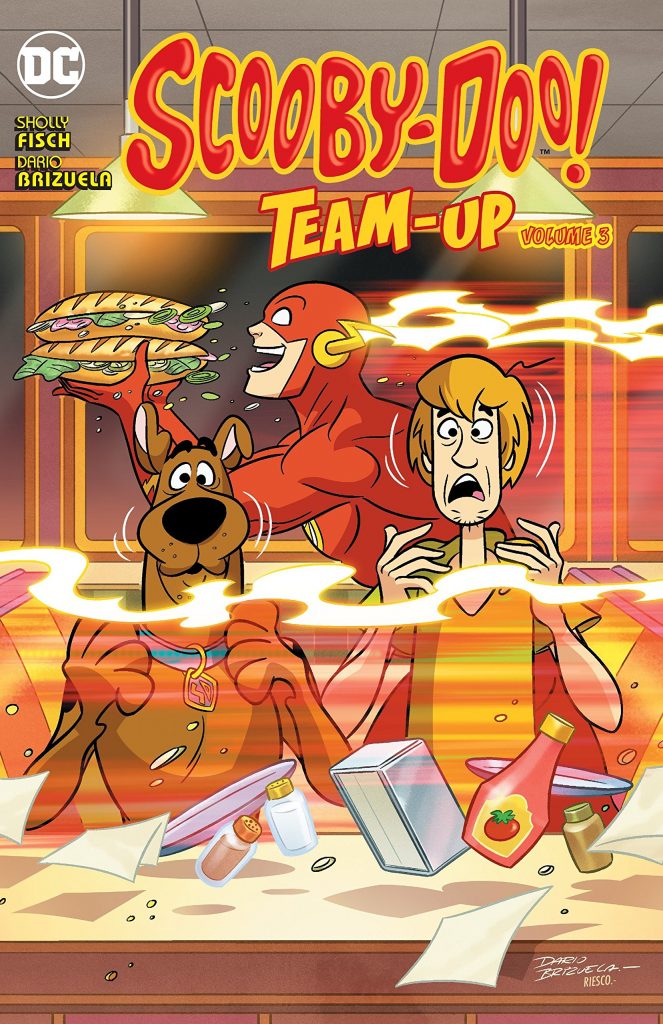 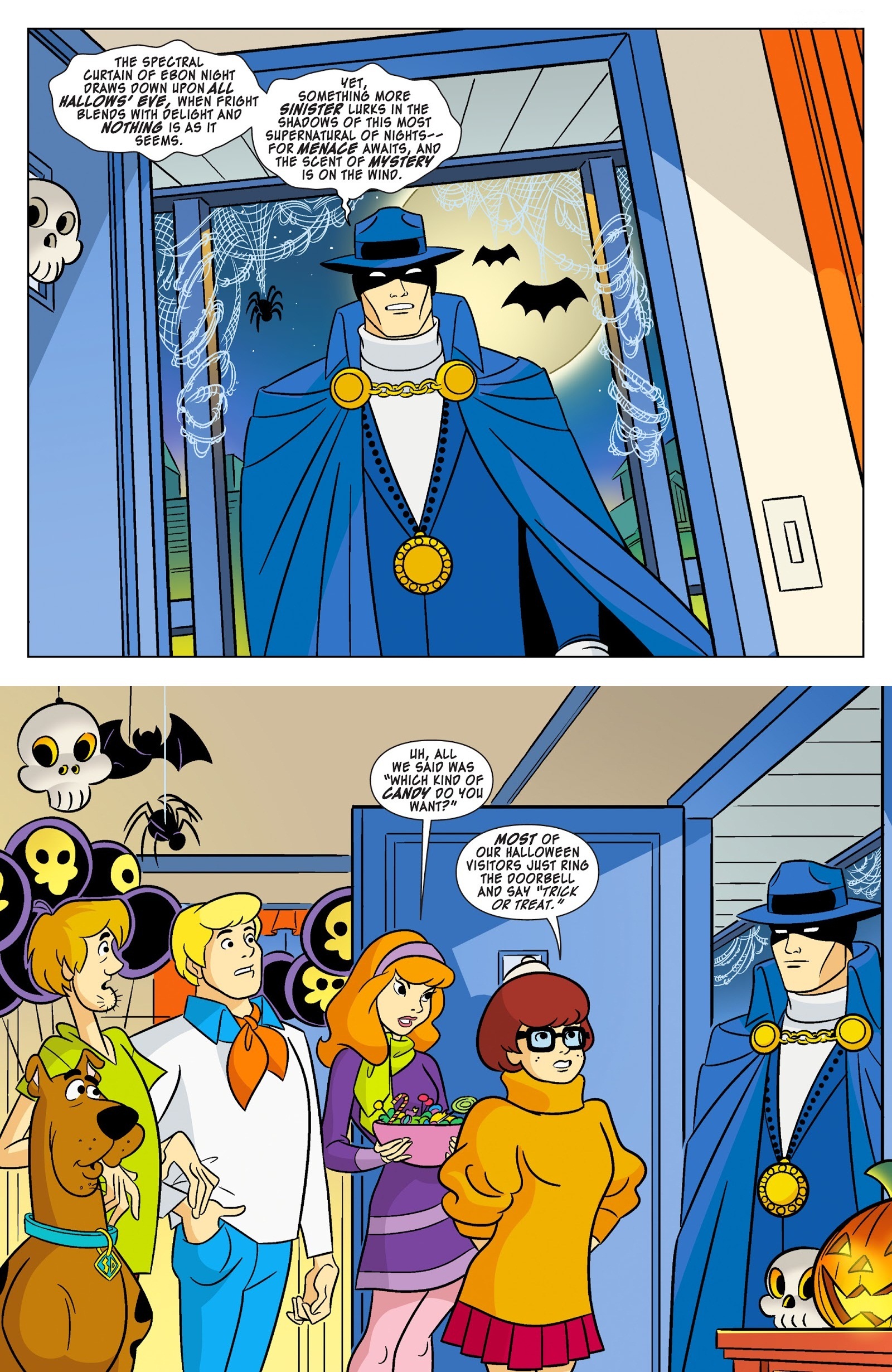 After volume 2 saw the Scooby gang teaming mainly with other Warner Brothers animated characters, this collection concentrates on DC superheroes again, opening with the Phantom Stranger and Deadman asking for help investigating why ghosts are disappearing. That joke is good, and Fisch tops it several times in a story that manages to include some incredibly obscure DC ghostly characters, and what’s more give them all a chance to strut their stuff in 20 pages. It’s some achievement, and feeds into Fisch’s habit of littering his scripts with nice touches for comic fans of a certain era who may be reading this with their grandchildren. A further example is a single panel with characters transformed into forms seen on some of Flash’s most ridiculous, yet attention grabbing covers, and if you never thought you’d see the Space Canine Patrol Agency again…

Fisch’s versions of the DC superheroes are the clean and friendly 1960s helping kittens from trees iterations, always good-natured and smiling, even in the face of adversity, and while the villains are nefarious they’re not frightening for youngsters. Brizuela buys into this by keeping his illustrations simple and clean like the 1960s Scooby–Doo animation, and he’s great with the exaggerated expressions of Shaggy and Scooby whenever a ghost is in the vicinity.

Scooby’s ventriloquist’s dummy version of English is well used in this collection, with Fisch picking the moments of what’s to be repeated carefully, with the Monster Society of Evil in the Shazam story a highlight. That’s also a highlight when it comes to neat plotting tricks, with the Society tracked down by cross referencing from shops the addresses where devices necessary to their members are delivered such as banjo strings and teeny tiny glasses. It’s just as well they don’t order online. Another plotting wonder is how Fisch manages to pack so much into 20 pages, not only the Scooby Gang and a guest hero or three, but their villains as well.

Even now there’s a tendency to underestimate cartooning, and these are great fun adventures, written and drawn with imagination and wit. You’re missing out if you don’t take a look. 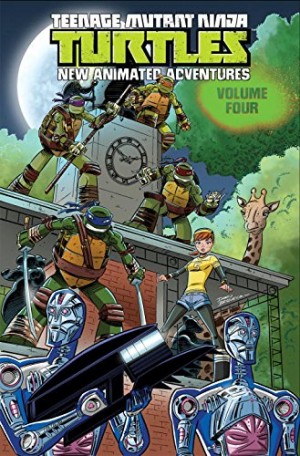