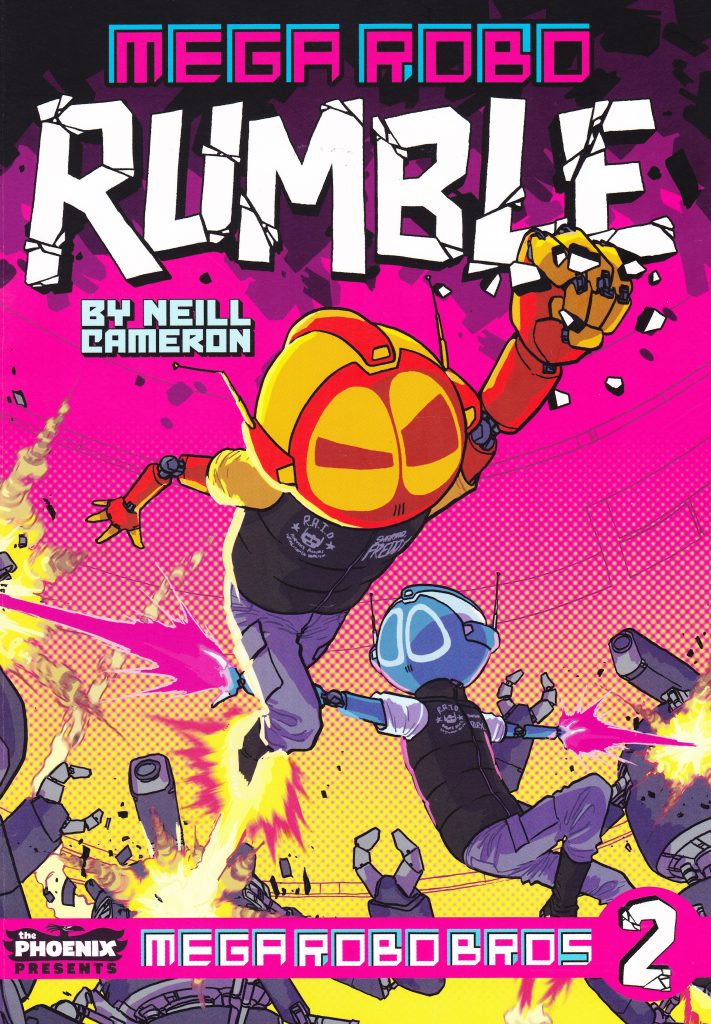 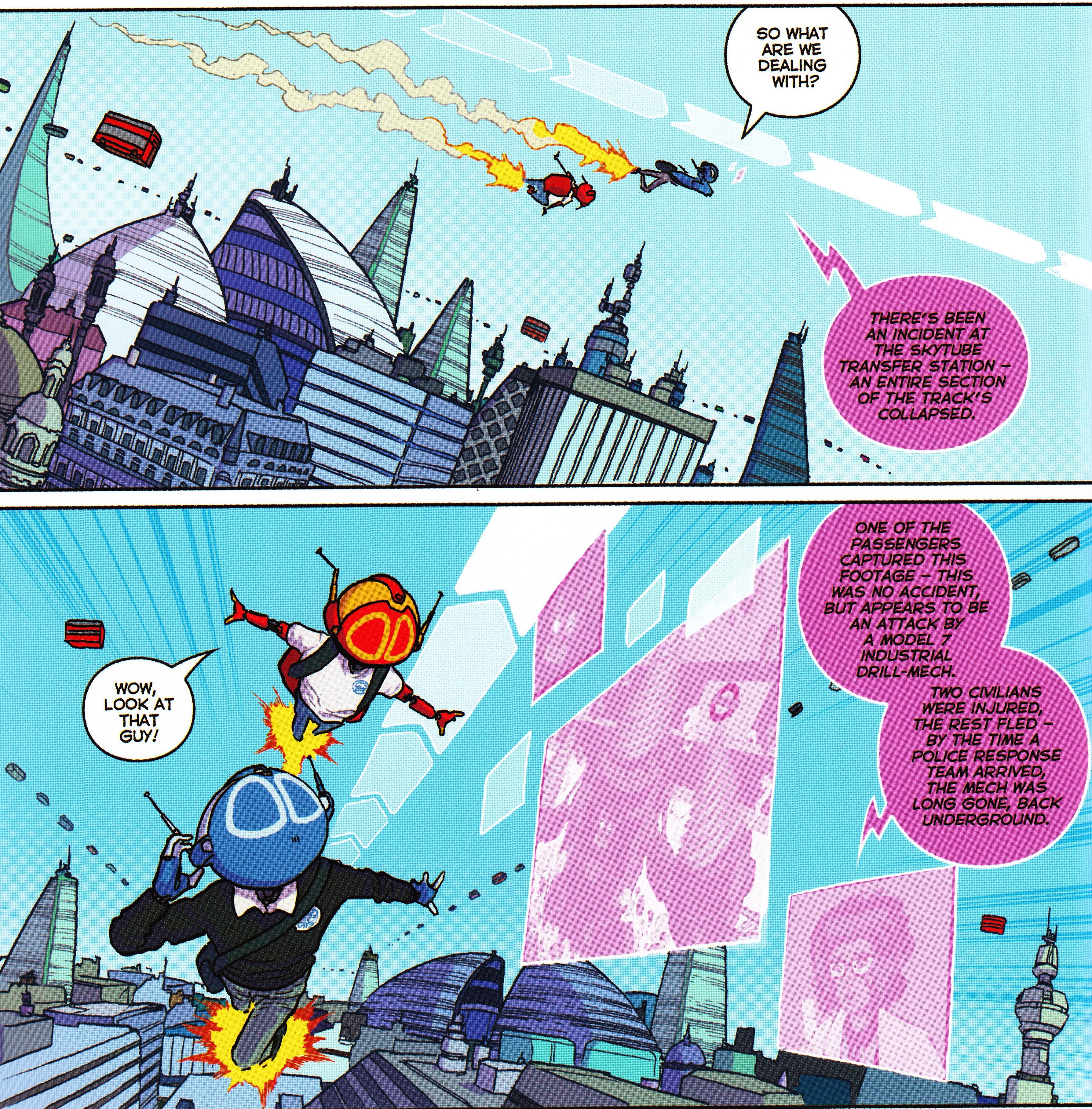 Alex (12) and Freddy (6) Sharma are much like any other boys their age… apart from being perhaps the most sophisticated robots ever developed. Since saving the day in Mega Robo Bros, the lads have become newly authorised agents of R.A.I.D. (Robotics Analysis, Intelligence and Defence) for the British Government. To them it’s the awesome highlight of their joint young existences, because everything else moves on. Alex is learning to negotiate puberty while Freddy learns that fame and popularity is fleeting, but in this futuristic London people and robots still fall through the cracks, and dark secrets R.A.I.D. have swept under the carpet will come rudely to light. Freddy and Alex will have to find a moment to stop squabbling with each other to see off the new threats. Meantime, their adoptive (human) parents Nita and Charles are trying their best to give their sons a normal upbringing. What is normal when you have killer robots chasing after you, people know more about you than you do yourself and the government has no qualms about shutting you down if they have to? Welcome to life with the Mega Robo Bros!

Mega Robo Bros is hands down one of the best things to come from publisher David Fickling Books (DFB) weekly children’s comic The Phoenix. Creator Neill Cameron infuses the whole story with humour and real life situations, right down to the sub-plots. The story revolves around the central idea that despite their robotics, Alex and Freddy are emotionally typical of boys their ages, and Cameron sells it! Freddy’s called on a priority mission but first he has to find his shoes, to dad Charles’ frustration. Any parent will understand Charles’s pain while laughing out loud at it. Nita’s consternation is relatable when Alex approaches her with questions on the facts of life. Cameron is a parent himself, so transfers his own problems to the comedy onto the page. While some stories are episodic due to their origin in The Phoenix there’s still a plot developing, more noticeable around halfway.  Compared to its predecessor this has more sinister undertones, as Cameron develops details surrounding the boys’ origins and sets things up for the future.

Artistically Cameron’s futuristic London is bright and detailed, using clever panel placements to facilitate the tale. The detail on the robots is intricate, yet there’s an undeniable expressiveness in the movements that successfully communicates emotions like glee or annoyance. There are some noticeable manga stylings reminiscent of Osamu Tezuka’s Astro Boy, yet it still feels very British. Don’t be distracted by the robot bashing and flashy futurism though, as there are subtle nuances to Cameron’s illustrations that enrich the story. Exasperated adults swearing under their breath, characters doing things in the background, all things you’ll miss if you focus on the superb action. Cameron writes for two audiences: kids who love action and humour, and the parents who might pick this up out of curiosity. It’s a thoughtful consideration that accounts for much of Mega Robo Bros’ popularity.

Mega Robo Rumble is buoyantly optimistic about a culturally diverse Britain, likely to irk some people. That, however, is unlikely to ever stop Cameron writing from the heart with an obvious enthusiasm for what he does. Mega Robo Bros is fun, funny, inventive and honest, with an enjoyable anarchy that any parent of boys will recognise. A new Mega Robo Bros book is always a highlight in DFB’s publication calendar. Here’s to the next one! Next up is Mega Robo Bros: Revenge, while this book was later repackaged as Double Threat.