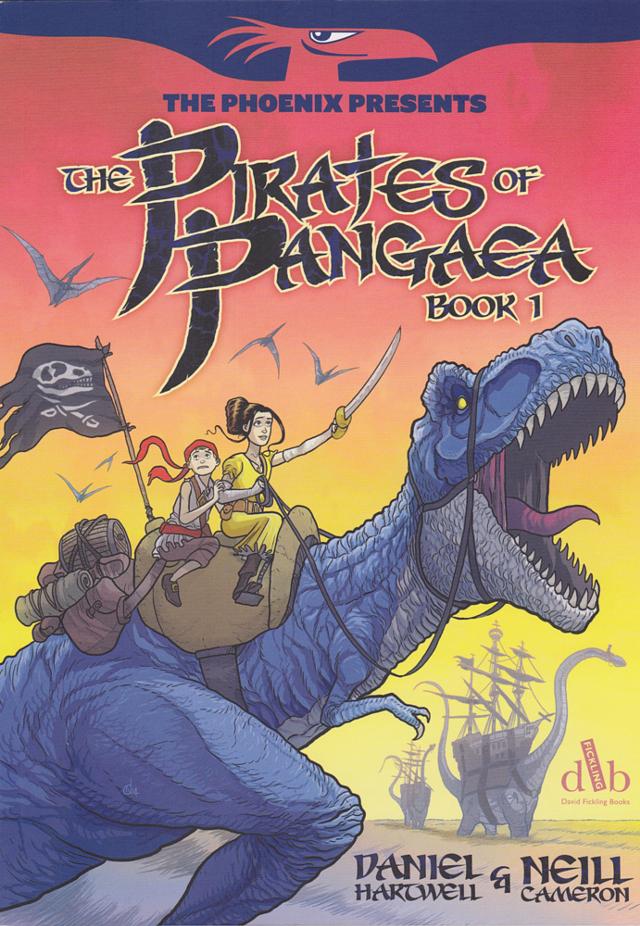 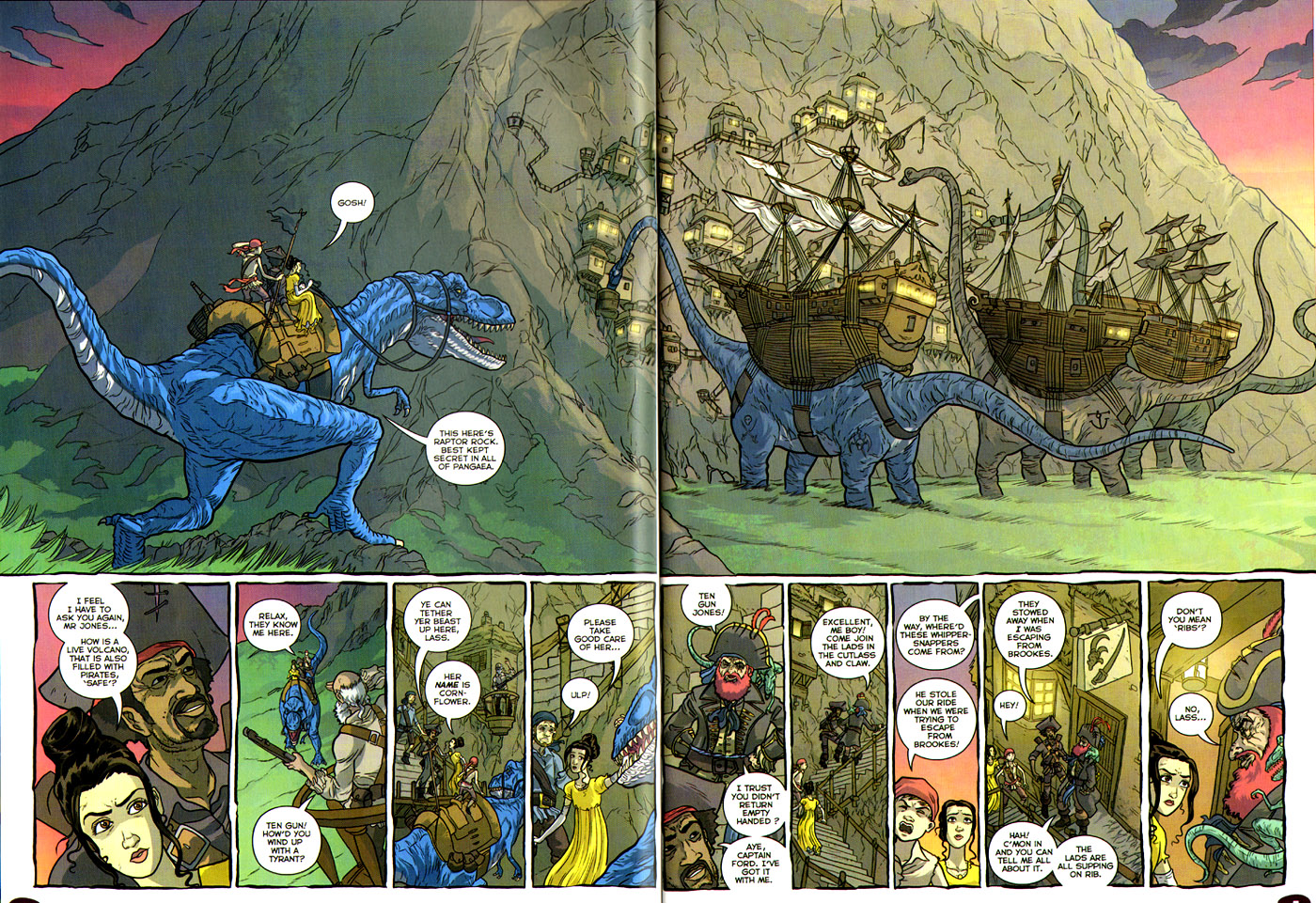 Ancient maps of the world are known to feature the dire warning ‘Here be monsters’, or illustrations of fearsome sea beasts in uncharted areas. That’s the starting point for Pirates of Pangaea, a rollicking adventure set in 1717 as a boat heads for land forgotten by most, the map of its outline liberally illustrated with dinosaurs.

The wonder of the unconventional is always best viewed through the eyes of the novice or outsider, and it’s the arrival of Miss Sophie Delacourt at Pangaea that provides this. For the reader it’s the art that creates the first impression and Neill Cameron certainly delivers, almost unrecognisable as the artist of Mega Robo Bros. He occasionally employs a landscape spread with one large image to impress and several smaller panels beneath telling the story. As seen on the sample page, these supply some mind-expanding sights such as entire 18th century sailing ships strapped to the back of a brontosaurus.

They’re considered to be relatively docile dinosaurs, but others are kept under control by an indigenous leaf referred to as “snuff”. That’s one several ingenious background explanations concocted by writer Daniel Hartwell. The pirate aspect arrives with one scurvy Captain Brooks, who’s soon captured Sophie, revealed as the niece of the Pangaean Governor, intending to hold her for ransom.

Everything is set up extremely well, and while there’s more chase from pillar to post than movement of plot, Hartwell throws in enough thrills and diversions to keep his intended children’s audience entertained, and to keep some questions at the forefront of their minds. For instance, can Ten Gun be trusted? The introduction of abducted cabin boy Thomas Kelsey supplies an identification figure for the readers, and Cameron characterises the cast in sympathetic fashion, while also supplying threatening pirates. It’s the dinosaurs that supply the greatest visual terror, however, and in case we take their taming for granted there’s the occasional scene reinforcing the danger.

A nice design element is separating the chapters with explanation pages identifying species of dinosaur. These are from a book carried by Kelsey, and further charm is supplied by his annotations.

It’s a rare David Fickling graphic novel that falls below the high standards set by the line, and The Pirates of Pangaea isn’t one of them. It’s guaranteed to enthral, entertain and inform.