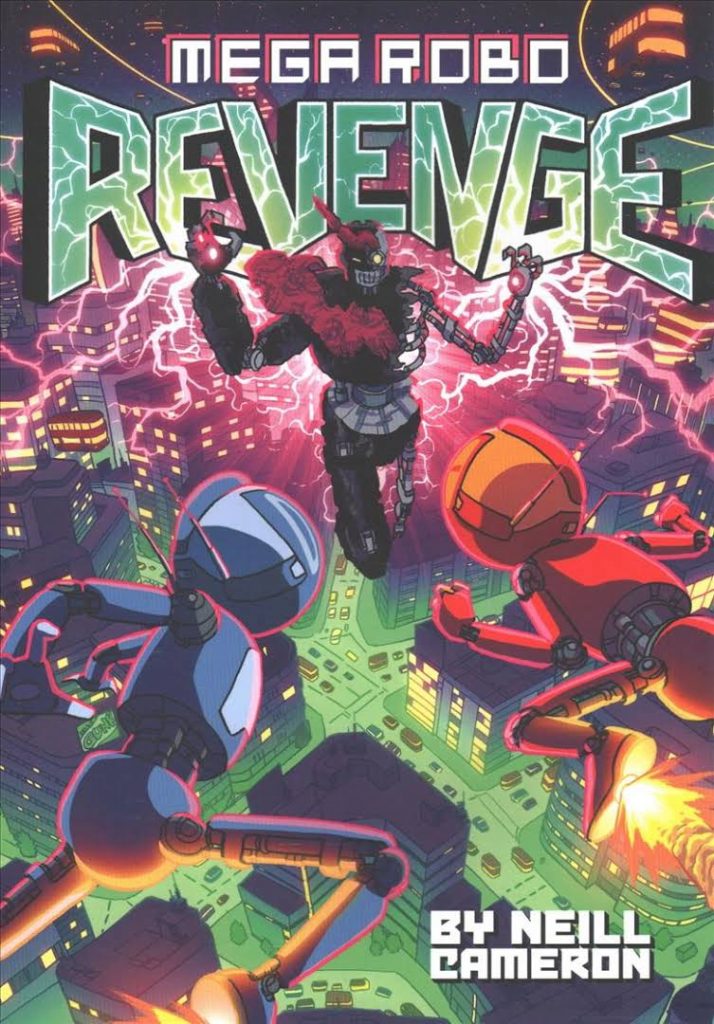 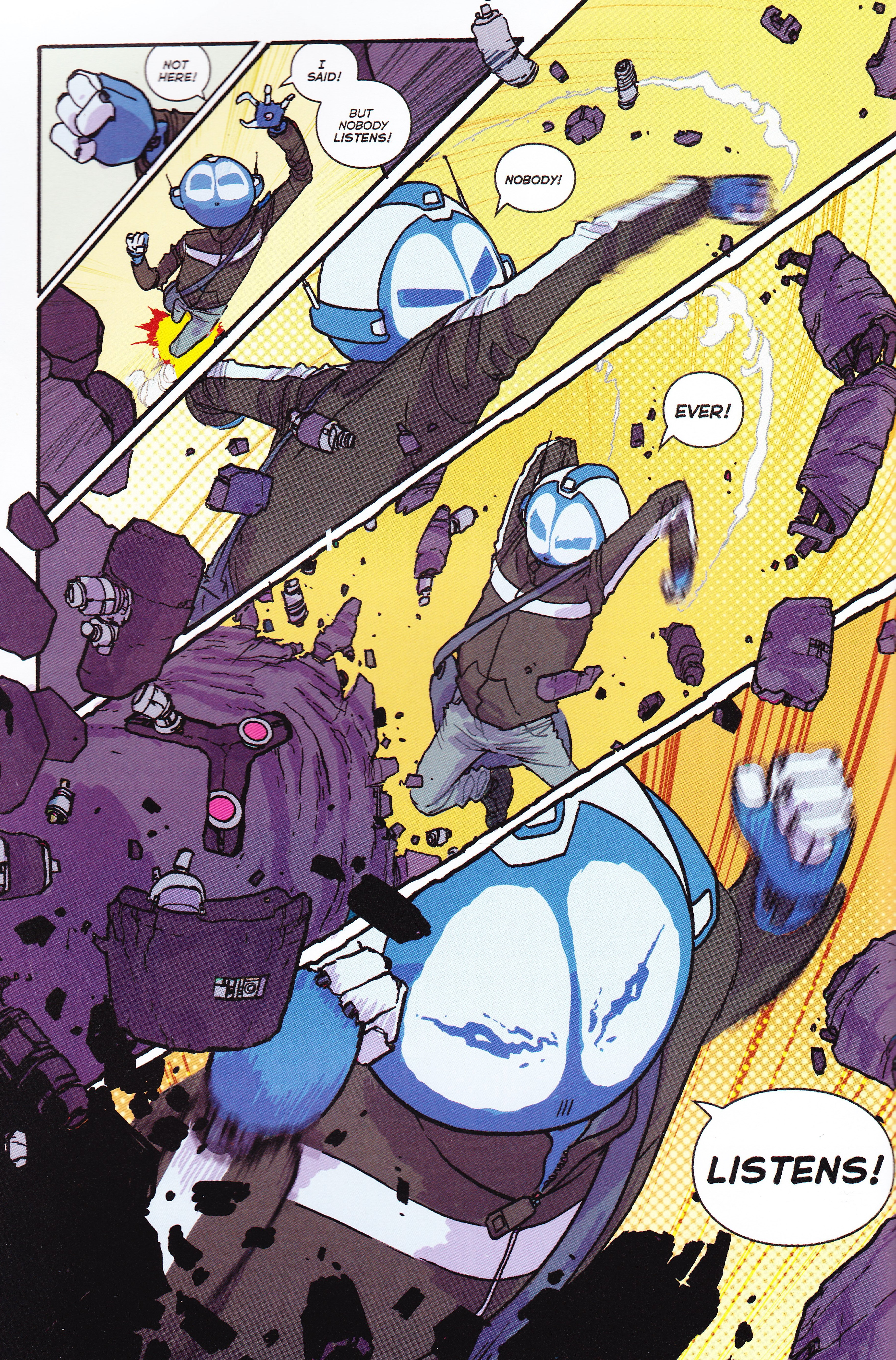 Alex and Freddy Sharma are the most sophisticated robots ever developed, but they have normal kid problems. Alex is trying to figure out how to fit in, but experiences prejudice from some classmates just for being different. He’s learning to be happy in his own skin or in his case a highly durable synthetic outer shell. Freddy is more concerned with acquiring the maximum amount of biscuits and ice cream, but since the revelations of Mega Robo Rumble the brothers made dangerous enemies.

After losing to Freddy at the Robo Expo (see Vol. 2), Team Robotix keep popping up with new robots and rolling cameras to challenge the boys. They think they’re ultra cool, but are mostly ultra annoying. It’s a minor irritation compared to the rogue robot Wolfram, still at large and intent on eliminating the “human plague” with Dr Nita Sharma at the top of his list. A sentient intelligence capable of learning and formulating, it’s time Wolfram learned not to mess with Alex and Freddy’s mum.

From the moment we were introduced to Alex and Freddy in Mega Robo Bros, Neil Cameron has been developing his cast, but doing so via the weekly format of The Phoenix comic where MRB features is problematic. Questions left unanswered from various developments don’t detract from the fun but can’t really be ignored now. How did the boys come to live with Nita and Michael Sharma? What does Michael do other than being a stay at home dad? Why does R.A.I.D (Robotics Analysis, Intelligence and Defence) exist? Why is Wolfram targeting Nita specifically? Who is Doctor Roboticus? What are Nita and Michael not telling the boys about their origins? Cameron has decided it is time to answer those questions, which is very satisfying, although in the process he creates new ones. Why did Roboticus create Freddy and Alex? Are there other robots still out there?

The process of answering these questions provides a great deal of fun, artistically and through the plot. Cameron’s art is fantastic, producing epic settings while giving his robots and people wonderful personalities and quirks. And the big splash pages peppering the book? Wow! For the previous volumes Cameron wore his influences on his sleeves, modelling off other creators. That is no longer the case as Mega Robo Revenge completely belongs to Cameron from the very core of the story to every little varied artistic detail.

In terms of the story Revenge is double the thickness of its predecessors, a blend of one’s anarchic fun and two’s dark mystery. It remains very funny but there’s a lot more of Cameron’s social conscience, which isn’t something he ever concealed anyway. Serious topics like social diversity, sexual equality, the challenges of social media and climate change are all handled well. Less obvious. yet most inspiring is the theme of hope running throughout. Hope that the world can turn itself around, that the mess of climate change and social inequality can be resolved. For parents there’s the hope that, despite the challenges we face, it is still possible to raise great kids willing to speak up for those without a voice.

Neill Cameron creates stories for both children and adults, except they just happen to feature in a kids’ comic. Mega Robo Rumble shows Freddy and Alex growing up but is still an enjoyable blast. With a cliff-hanger promising new secrets and more action, it’s hard waiting for the next instalment of Mega Robo Bros!