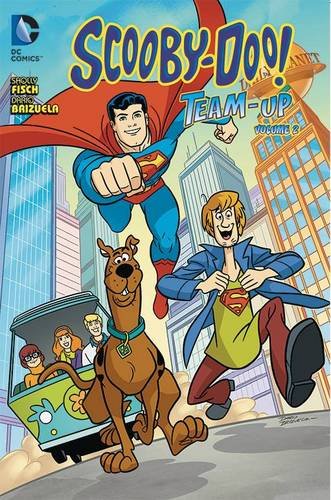 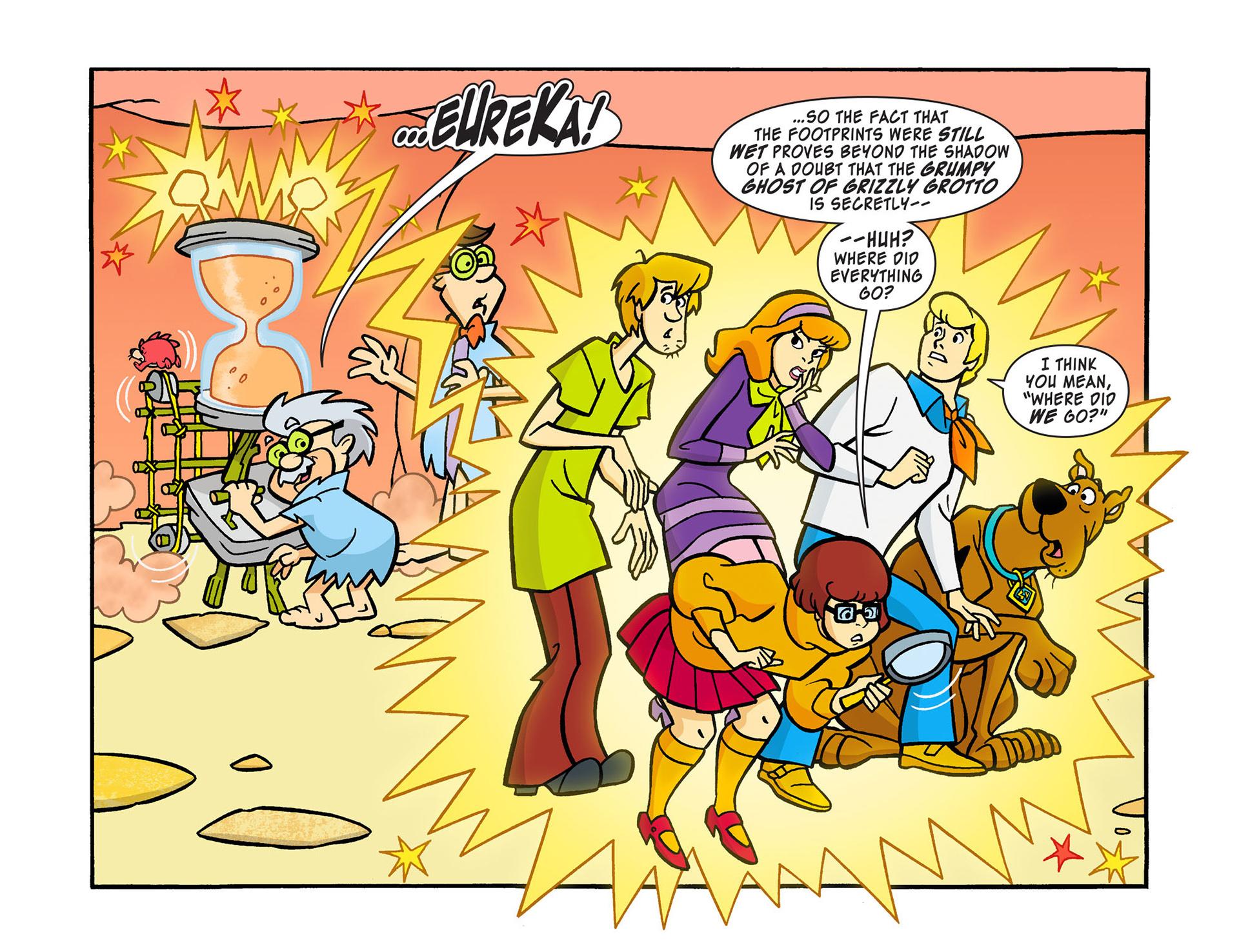 The success of Scooby-Doo Team-Up certainly took the majority of comics fans by surprise, but then mainstream fandom tends to under-rate both humour comics and comics for children. The mixture of Sholly Fisch’s funny plots and knowing winks at the audience combined with the sympathetic cartooning of Dario Brizuela was good quality comics by any regard. This second volume broadens the horizons.

That’s via not restricting the guest stars to familiar DC faces. Scooby–Doo originated as a Hanna Barbera Studios production, and the majority of guest stars in this second volume share that home. The fun starts with the Mystery Inc. gang brought back to in time to Bedrock via stone age scientists Albert Einstone and Tim Edistone who’ve built a time machine. Once there, they naturally meet that modern stone age family the Flintstones.

Fisch has already proved himself incorporating the foibles and standard jokes from the Scooby–Doo cast into the stories, and proves equally adept with the traits of the guests. We first see Fred Flintstone mowing the lawn via a dinosaur chewing grass in the past, while the demanding Mr Spratley makes George Jetson’s life miserable in the future, yet the Scooby gang are right at home because there’s always a mystery to solve. We even meet Great Caesar’s Ghost when the gang team with Superman, a true stroke of inspiration. Even better, is that almost everyone who guest stars also has a dog in tow, so there’s a companion for Scooby as well.

As with volume one’s meeting with the animated Teen Titans, the artists don’t attempt some awkward fusion of two different animated styles, but portray all characters in their familiar forms irrespective of clashing visuals. It’s for the best, and the anomalies between say, the stumpy Flintstones and the more realistically proportioned Scooby cast fade into insignificance. It works equally well with Jonny Quest and Co, and with Secret Squirrel. Scott Jeralds draws a third of the book this time, but he’s as talented as Brizuela, so there’s no decline in quality.

There’s a slight repetition of formula when reading six consecutive stories about people masquerading as ghosts or mummies, but everything’s produced to high standards, and fans of any of the featured characters ought to have a laugh reading this to their kids. The fun continues in volume 3.