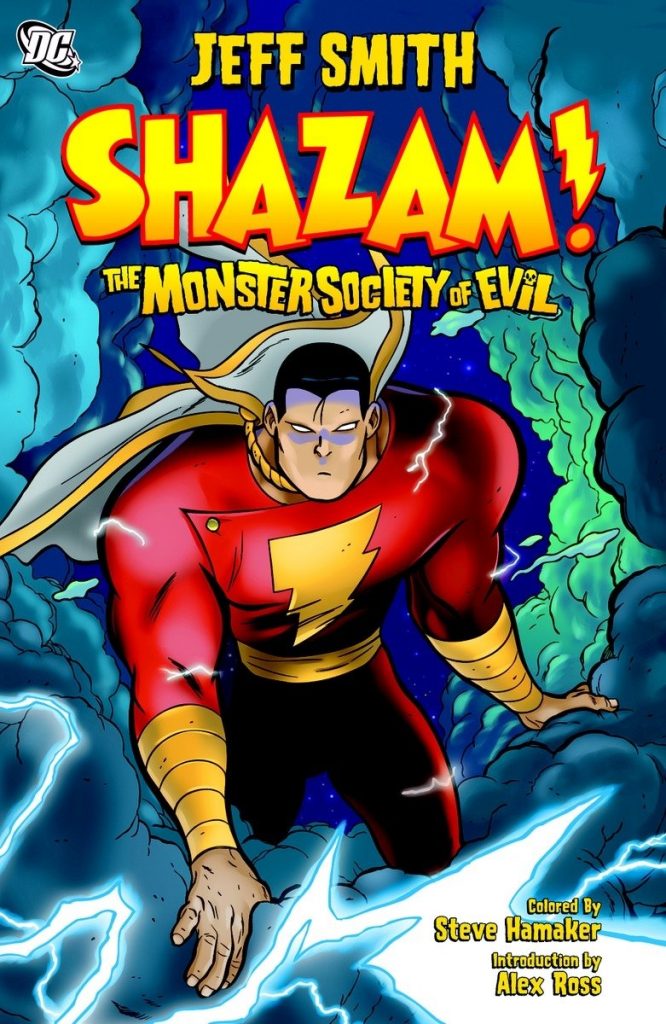 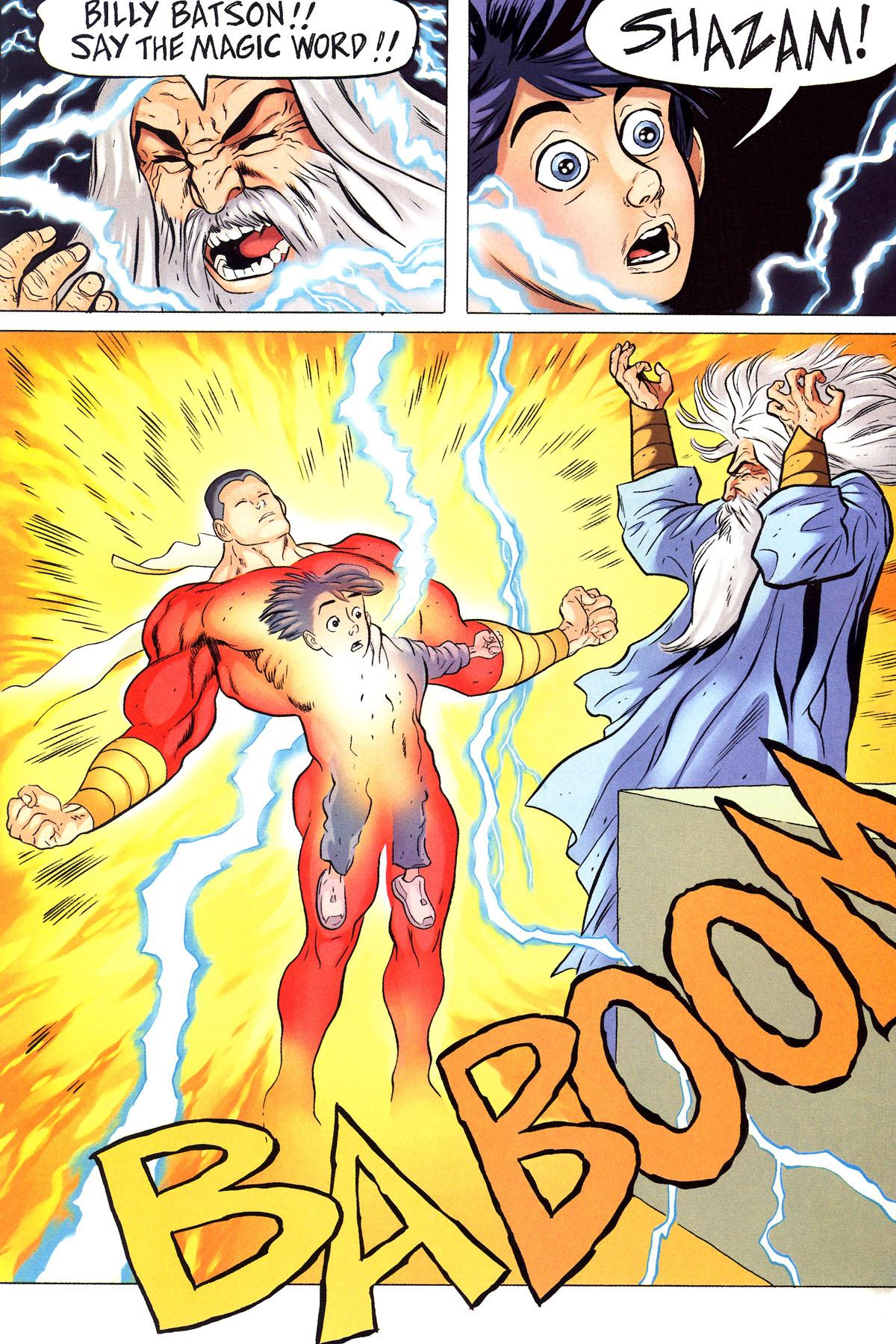 The original ‘Monster Society of Evil’ story was a landmark in the 1940s when the only serialised comic strips were in the newspapers. It ran in eight page segments for over two years in Captain Marvel Adventures. Jeff Smith uses the themes without the plot, creating something original while re-booting the Shazam! franchise. In detailing how Billy and Captain Marvel share the same body, Smith is very faithful to the original sequence of the kindly old wizard deeming Billy worthy and endowing him with Captain Marvel’s powers to fight the seven deadly sins on Earth. Having established that, Smith steers the story in a different direction.

Smith takes the familiar characters from Shazam! and although it might not seem that way, his fundamental alterations are largely cosmetic. A familiar looking Sivana is no longer a nutty scientist, but the Attorney General, while Mr Mind, the surprise revelation in the original story is now a giant invading alien. Tawny, the talking tiger is now just that, via mystical means, and Mary Marvel is much the same, if drawn to look younger than is traditional to match the age and appearance of Billy.

Given his stunning success with Bone, it seemed a fair bet that Jeff Smith was the man to relaunch the Shazam! Captain Marvel in a new child-friendly format, but it never quite gels. Part of the problem is Smith’s very leisurely pacing, with extended scenes of the orphan Billy Batson enduring homeless hardship on the streets. Other aspects don’t ring true, such as the local thug preying on the homeless not taking a warning from Captain Marvel to leave Billy alone, and while Smith attempts a more logical basis for some of the series’ more out there concepts, he’d have been better leaving well enough alone. Tawky Tawny the tiger has a Shere Khan gravitas about him, but there’s something far more likeable about a tiger walking upright dressed in a suit. Captain Marvel himself is nicely characterised, Smith updating the mixture of power and uncertainty always at the core of his personality, and Billy comes across as likeable and resourceful, his reduced circumstances giving an appropriate tug at the heart strings.

Once Captain Marvel and Mary Marvel are up and running by the halfway point, the Monster Society is dealt with, surprisingly fast considering they’re in the title, leaving Captain Marvel to move on to the story’s two main menaces. Sivana is presented as a sort of Dick Dastardly figure, never displaying any other than sheer ambition for power, and there is still a surprise or two as far as Mr Mind is concerned, but the giant robot and hordes of insects don’t live up to their potential.

The Monster Society of Evil was issued at a time when American comics had all but forgotten children, and its very publication deserves some credit, but there was no follow-on series or sequel, and today it’s just a footnote.