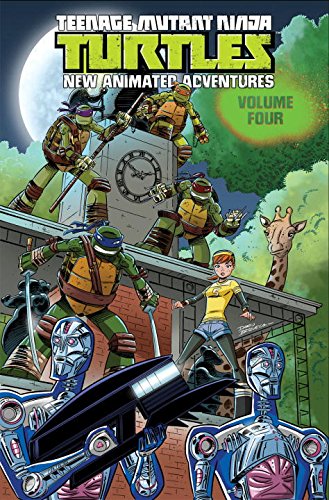 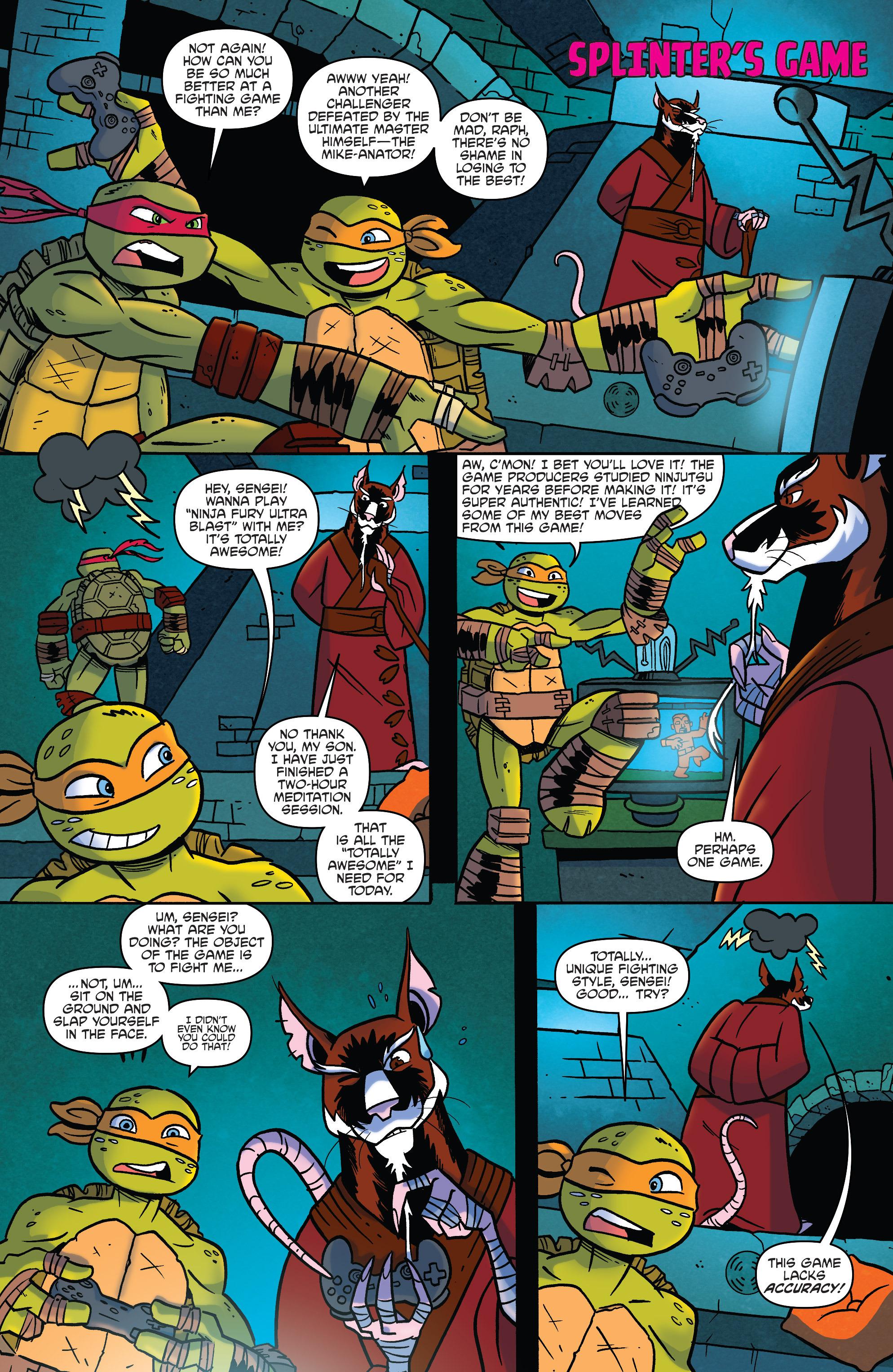 This fourth volume of original stories based on the 2013 onward Teenage Mutant Ninja Turtles animation continues the trend of shorter stories from more creators instituted in the previous book. Six different writers are involved, with Landry Q. Walker contributing the most, while in terms of art it’s the quality of regulars Dario Brizuela and Chad Thomas (sample page), the always welcome David Alvarez and Marcelo Ferreira. The latter has a far busier style that’s more realistically based.

April hasn’t been seen much during the series, but the opening script by Jackson Lanzing and David Server throws her into the spotlight with a trip to the zoo. It lacks any great imagination and spark, and is the writers’ sole contribution to the collection.

The most frequent and best of the writers by some considerable distance is Walker. His scripts are more efficiently constructed, are more likely to spring surprises and work their way to less contrived conclusions. He also applies more imagination, an example being the strip in which Donnie creates a pheromone enhancing compound. He says it’s not just targeted at April, but no-one really believes him, and from there we’re led through a wild romp with a giant wasp and hot chili sauce. In comparison scripts featuring the turtles following Splinter across town (Matthew Manning) or needing their van fixed (Paul Allor) are just exercises in filling pages.

This version of the Turtles is aimed at a young audience who’re unlikely to complain about the variable quality, but with the example in front of them, surely the editors could concentrate on the creators who raise the tone, not diminish it.