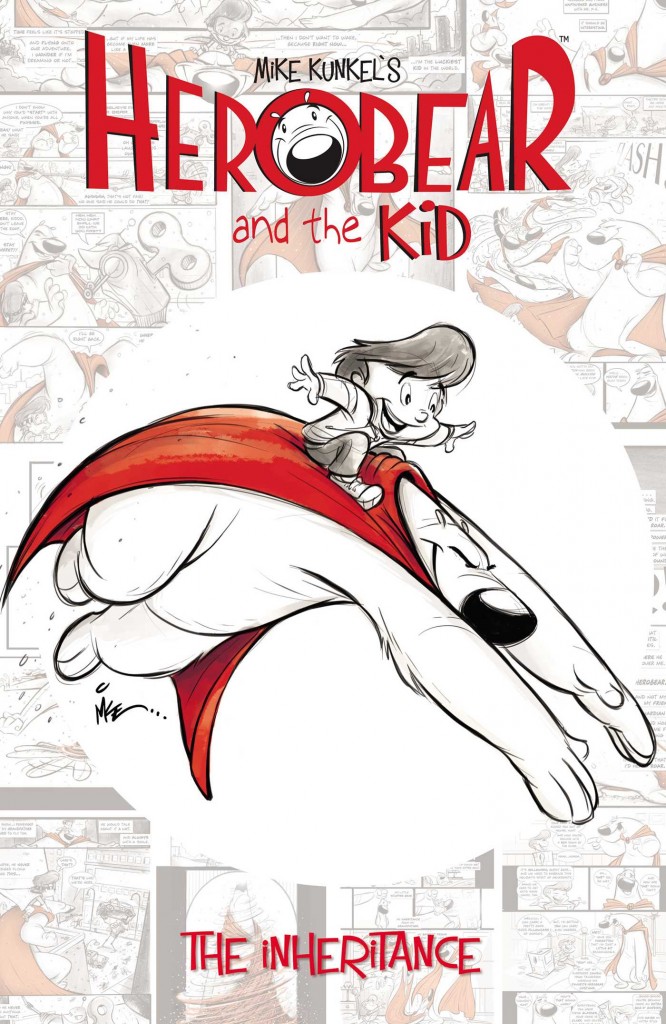 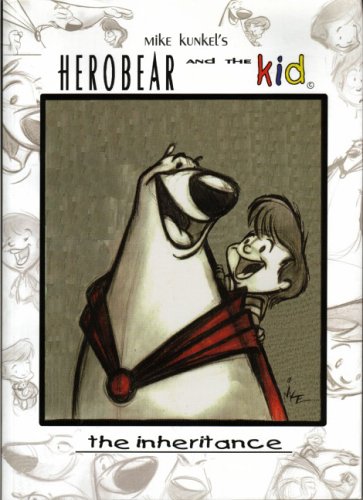 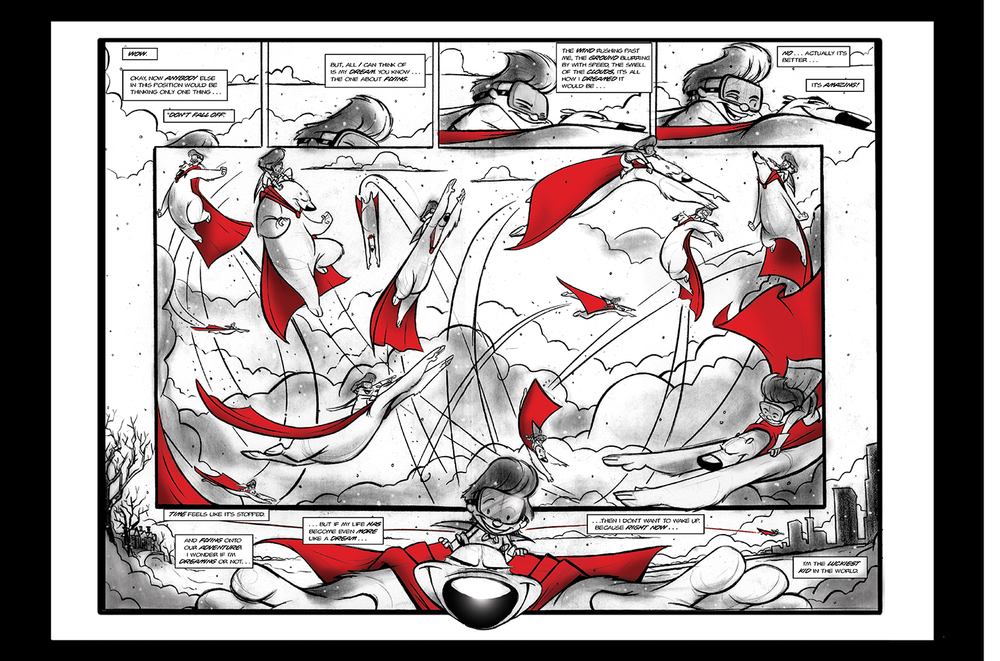 When his grandfather dies ten year old Tyler’s inheritance is his grandfather’s childhood teddy bear. He’s distinctly underwhelmed, considering he’s past the age of taking comfort in a cuddly bear. The disappointment is pushed to the back of his mind as the terror of starting at a new school takes over, and that day deteriorates further when his younger sister brings the teddy bear to give to him in the playground. In front of his new classmates. That, though, is a life-changing experience for Tyler as he discovers that the ordinary stuffed bear transforms into the giant caped and flying Herobear, and Herobear needs a companion.

A wonderful sense of flowing action characterises Mike Kunkel’s cartooning, and he mixes in some fine exaggeration, such as the school nurse, preying on children’s inherent horror of contact with the elderly. His other character designs are equally good. Tyler is friendly and likeable, his sister cute (even if Tyler doesn’t think so) and the bullying siblings in his class suitably ape-like. He’s also good at using small panels without them ever seeming crowded. The one odd aspect is Kunkel deliberately not erasing lines used to map out the features of his characters. These preparation lines defining a body, or the cross used to create a face are a constant distraction, and their purpose isn’t at all apparent as a stylistic device. That’s the one downside to the art, but the choice to go with black and white apart from the red of Herobear’s cape is inspired. Well, it’s used for another item also, but that dips into spoiler territory.

We spend a couple of chapters getting to know Tyler before a full sequence with Herobear. He has a low attention span, and is prone to zoning out with flights of fantasy, prompting the question of whether or not all Herobear adventures are his own construction. There’s a purpose to this as despite having second billing on the cover, we spend more time with Tyler throughout, learning about his insecurities and strengths. The initial narrative panels that read as if coming from way beyond the adventures depicted isn’t the best idea. They’re intended as a guide into the world of children, but instead remind of the world beyond. Again, though, Kunkel more than compensates with inspiration such as the truth about Tyler’s grandfather and what he did, spinning that out into what Tyler will become in an audacious piece of storytelling.

This compensates for sometimes over-egging the sentimentality and elements of the book seeming derivative. Calvin & Hobbes is the most obvious influence, but Kunkel rapidly moves his story away from that, yet the animation style of the art means the flying sequence brings to mind The Snowman. In fairness, though, there’s probably only the single way to convey the sheer exuberance of a child flying through the air with a large creature.

As an introductory graphic novel this is very much job well done. The cast connect with the reader, lessons in bolstering children’s confidence don’t overwhelm, and a broad imagination dominates.