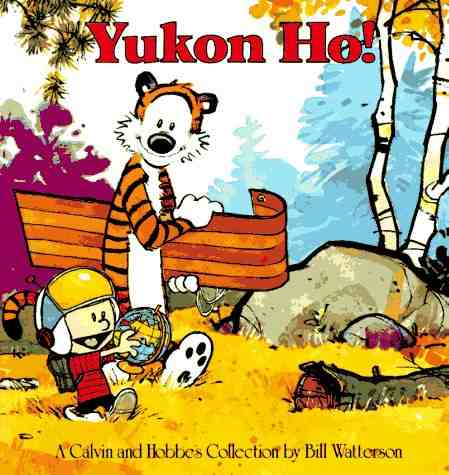 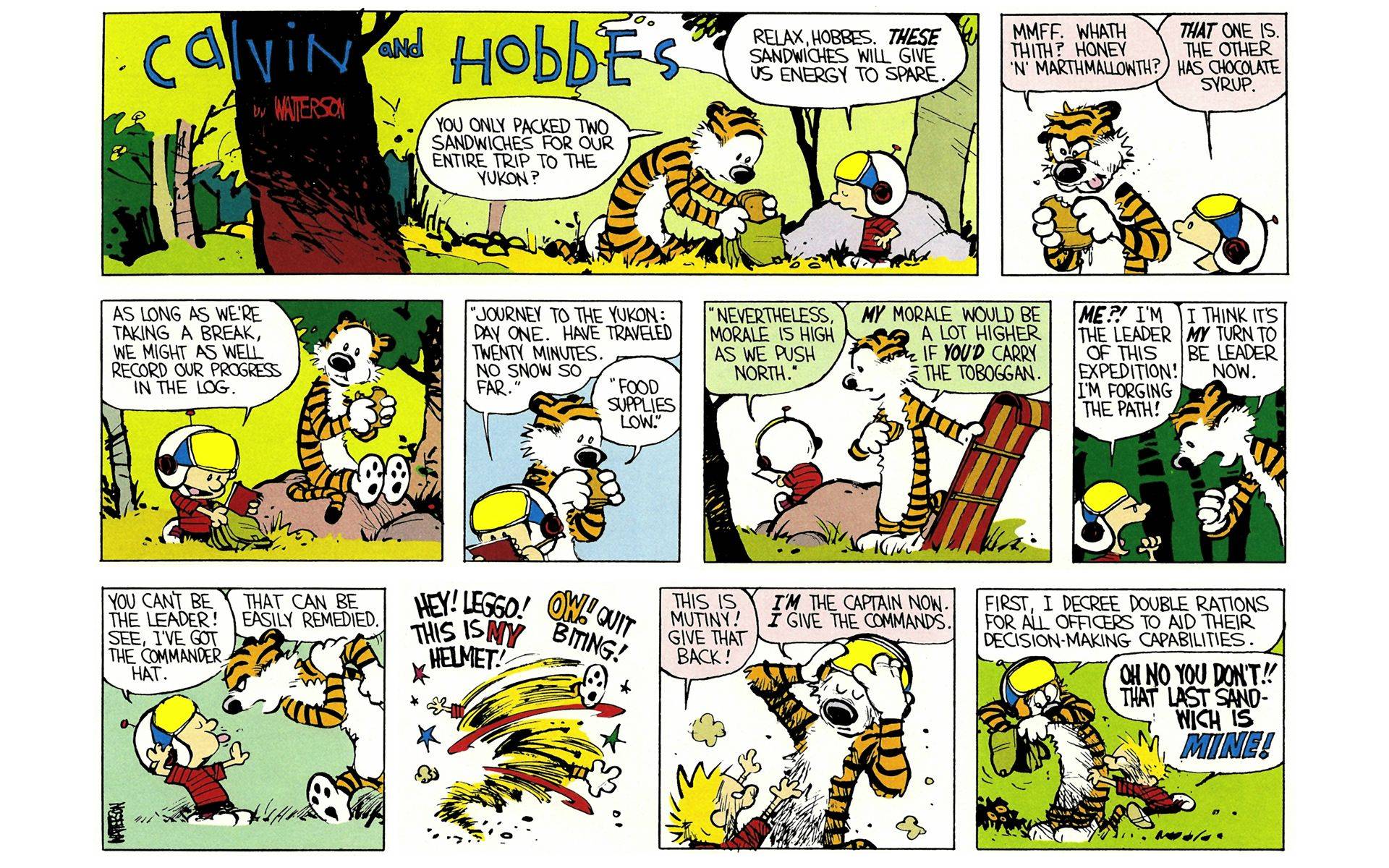 The third year of Bill Watterson’s Calvin and Hobbes daily newspaper strip is collected in Yukon Ho! The title refers to a series of strips in which Calvin and his best friend Hobbes the tiger decide to run away to the Yukon, where they can live free of the onerous responsibilities of everyday life. Accordingly, this volume opens with ‘The Yukon Song’, nine verses that spell out Calvin’s hopes and dreams for his new life:

My tiger friend has got the sled, And I have packed a snack, We’re all set for the trip ahead, We’re never coming back!

We’re going where it snows all year, Where life can have real meaning. A place where we won’t have to hear “Your room can stand some cleaning.”

And so on, with no forced consumption of vegetables, snow all year round, timber wolves for friends and no more school ever again. Needless to say, their journey turns out a little differently – supplies run out, Hobbes and Calvin have a big argument over who’s in charge and Calvin decides to go home… without Hobbes. But after he regrets this rash action, it’s too late to go out and find him. How will his tiger find his way back?

Bill Watterson continues to play with our perceptions of what’s real and what isn’t as we view everything through the eyes of Calvin, the ultimate unreliable narrator, and then from alternative viewpoints. Who is seeing things the way they actually are? Calvin and his tiger Hobbes are both great protagonists with huge amounts of personality. Their interactions with Susie Derkins, Calvin’s parents and Rosalyn the babysitter are very funny whether seen through Calvin’s eyes or theirs.

Yukon Ho! is a great collection of hilarious strips by a master craftsman.