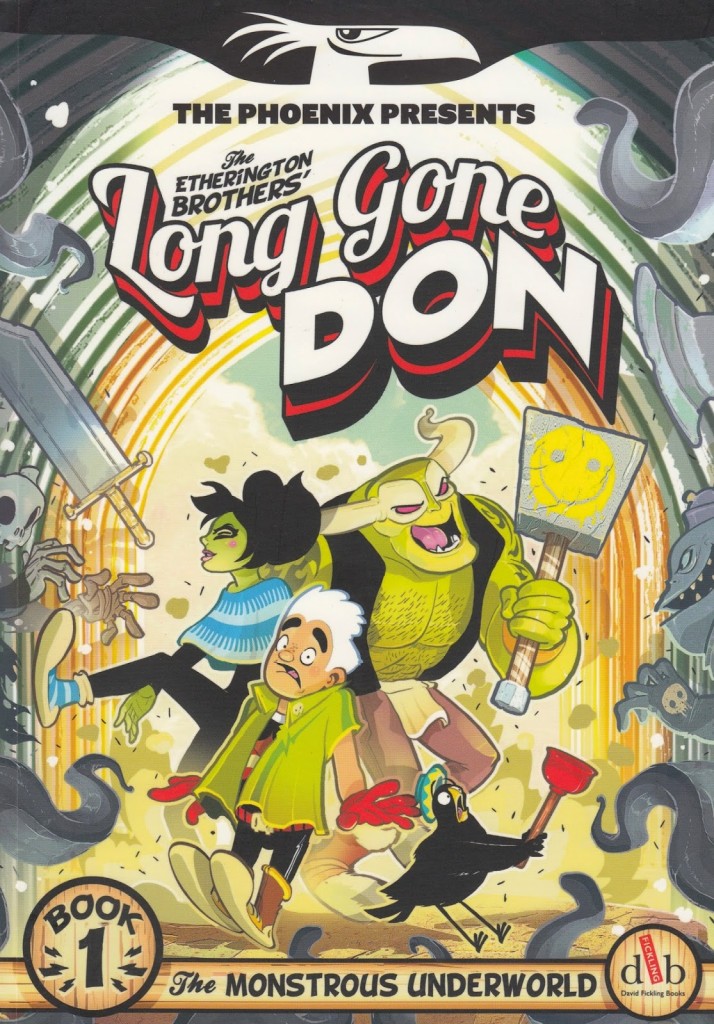 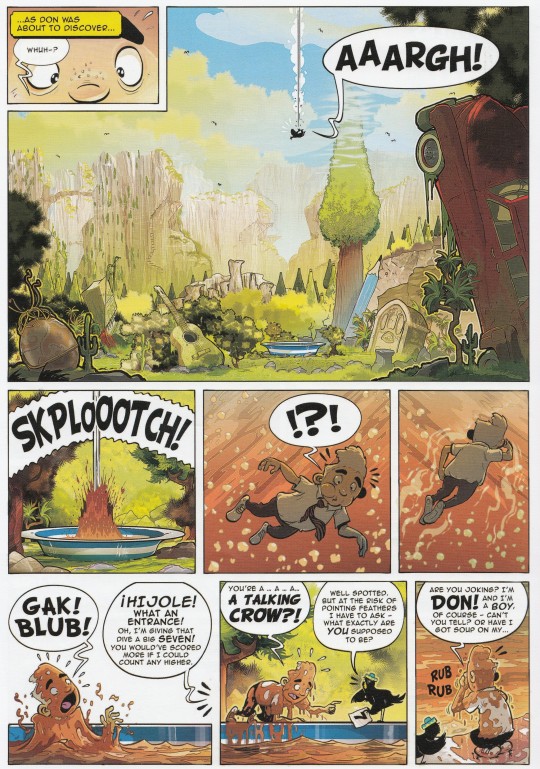 Sometimes the end is just the beginning, much to young Don Skelton’s consternation when a bizarre series of events leads to his accidental drowning in a bowl of oxtail soup that smells vaguely of wet dog. While some go to Heaven, poor Don finds himself in the monstrous underworld of Broilerdoom, a strange place ruled by tyrannical despot General Spode. Don is barely there a few minutes before he upsets the status quo by voting for the eponymous Ripley, a jaded liberator turned celebrity gardener. With new buddy Castanet (a talking crow with occasional Mexican accent), Don becomes the unlikely figurehead for resistance group, the Irregulars. Don just wants to get back to his old life and might be able to, if Spode doesn’t end his very short afterlife first.

Robin and Lorenzo Etherington are zany creators who engage their primary audience in a wonderful way. Robin’s writing never strays from the fun, while Lorenzo is an incredibly imaginative and able artist. Their style honours all the best traditions of cartooning with influences from Asterix, the classic British comics, and slapstick comedy. Their previous offering Monkey Nuts is a classic example that runs like a Monty Python sketch, while the slightly darker Long Gone Don takes its inspiration from Robin Hood: Prince of Thieves and Mel Brooks’ parody Men in Tights. General Spode’s mannerisms and dialogue are so redolent of the late Alan Rickman’s memorable Sheriff of Nottingham, even the scenes so similar they are apparently lifted straight from the film. While that’s a tad lazy, imitation is the best form of flattery and between them the brothers make these scenes very funny.Creative places like Krapookerville (“snicker”) illustrate how in tune Robin is with what makes children laugh.

Lorenzo’s action sequences are comical, redolent of Uderzo’s epic skirmishes in Asterix, but with simpler backgrounds. His characters are wildly imaginative, but tend to blend in rather than stand out. A shame really, as the brawny Lewd, smart but tough Safira, the gorgeous Regina, and kind but weird Vikter are so good, but their individuality suffers from being lost.

There is a feeling of hurry to Long Gone Don, a sense of urgency to finish, but not sure where to go next. Monkey Nuts was stories with a distinct resolution that doesn’t interfere with the overarching plot. Don, by comparison, rambles on as Robin takes more of a “let’s see where this goes” approach. Lorenzo’s artwork is similarly hurried, with less of the intricate detail he is capable of producing. It weakens an otherwise fun story, making The Monstrous Underworld feel both long and rushed.

While this is not the best work the brothers have produced, neither is it poor. This is great cartooning, good dialogue and rollicking fun. Long may David Fickling Books keep producing source comic The Phoenix. Where The Beano sticks to old and stale formats, The Phoenix continues to showcase new talent and innovative storytelling from the Etherington Brothers and others alike.