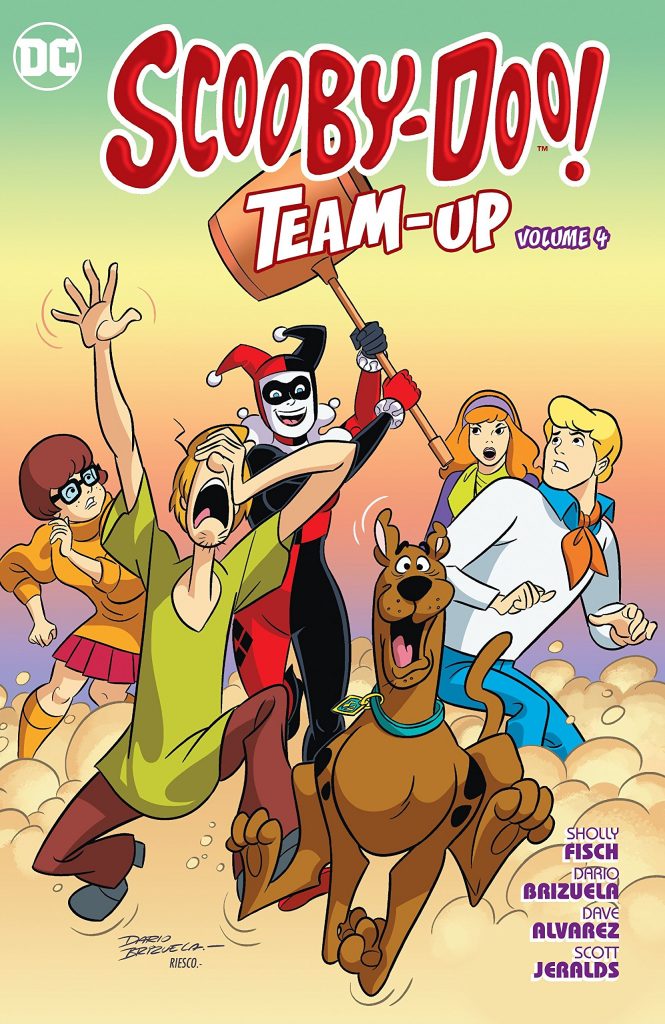 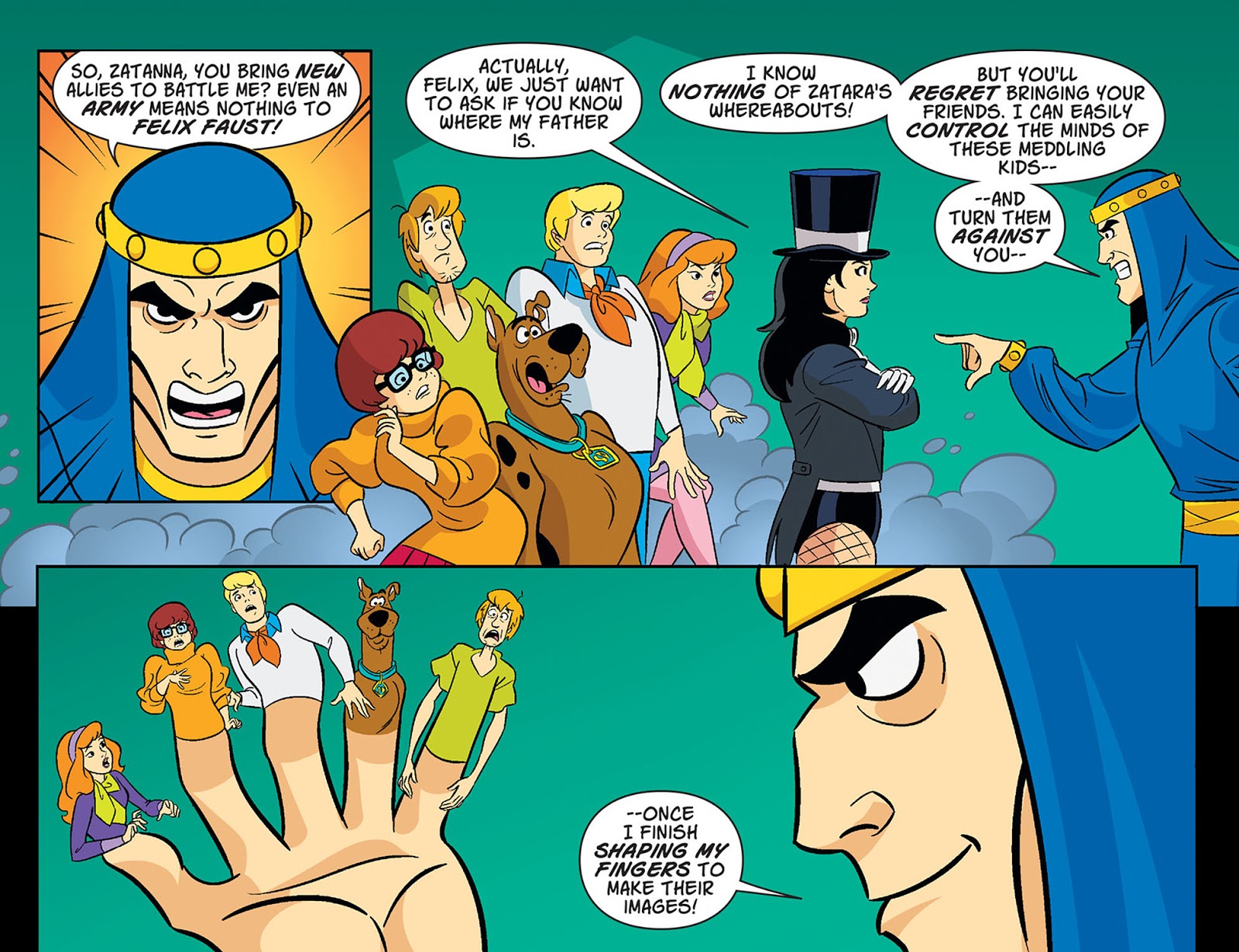 There’s little noticeable change between this and previous Scooby-Doo Team-Up collections, but then there doesn’t have to be, as everything is going swimmingly. Dario Brizuela’s adaptable cartooning incorporates DC and other heroes effortlessly into Scooby’s world without any rough edges, while Sholly Fisch sets up the stories well, includes small jokes in passing for older fans, and propels matters to a natural conclusion. This is without overworking the “I’d have succeeded if it weren’t for those darn kids” joke.

This content is evenly split between team-ups with other DC characters (Zatanna, Harley Quinn, Martian Manhunter) and features from Warner Brothers cartoons (Space Ghost, Frankenstein Jnr and the Impossibles, Quickdraw McGraw). They’re all cheerful and good-natured, and all slip easily into Scooby’s world.

Everything is good – it always is – but the Harley Quinn tale stands out. It begins with Harley on board, and seems to be following the Scooby-Doo cartoon formula by introducing ghosts in a department store and several suspects with motives, but Fisch then throws that out of the window with a well placed wild card. It veers into left field, and is wonderful. Once again, when restricted to just the 46 panels of the original online serialisation, Fisch manages not only to feature the guest star, but incorporate much of their supporting cast also, or introduces associated characters. When Zatanna’s father goes missing, for instance, there’s a tour of DC’s other mystic heroes as their talismans have been stolen (go with it, it’s a cartoon, and a lot of fun).

In enthusing about how well Sholly Fisch sifts DC characters into the Scooby gang’s world, over previous volumes, there’s perhaps not been the proper consideration of how well the Scooby gang themselves are presented. They all have a moment in every story, even Daphne and Fred, who were barely characterised in the original stories beyond their visual appearance as the glamorous ones. As far as the other cartoon heroes go, Fisch good-naturedly points out the deficiencies in their backgrounds. Jan and Jace are always being abducted in Space Ghost, and three superheroes called the Impossibles always appear in the vicinity of a popular three man band named the Impossibles.

Brizuela doesn’t draw everything this time. Dave Alvarez takes on mixing Frankenstein Jnr and the Impossibles, slashing his panels diagonally across the page for a very different look, that would have been fine as an individual comic, but provides a jarring contrast in this collection. Scott Jeralds sticks to the template, and presents open and confident characters.

So, another hugely enjoyable selection of cartoon capers in a series that rarely puts a foot wrong.