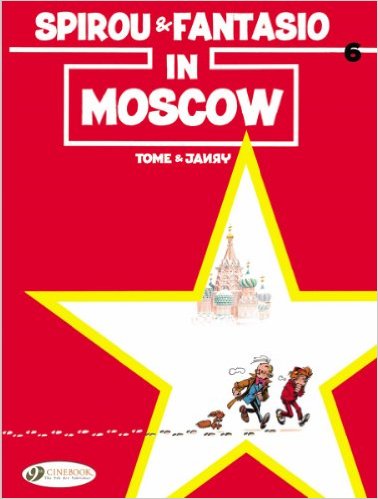 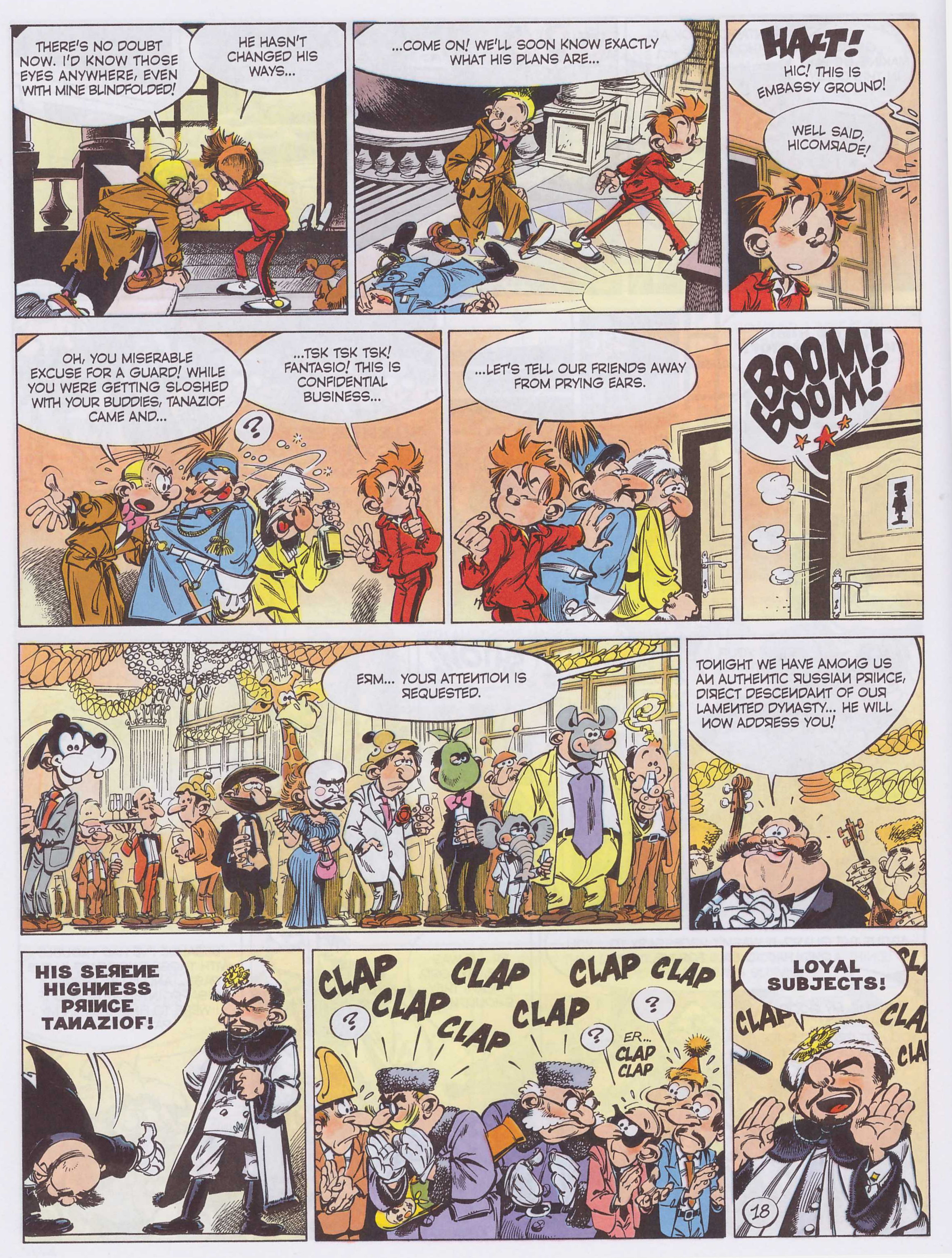 Tome and Janry were very much ahead of the game in 1990 by setting their story in Russia immediately after the collapse of the Soviet Union. The traditional power structure remains in place, but is considerably threatened by the encroachment of organised crime.

Spirou and Fantasio are co-opted via a deal with the French authorities, then sent to Russia as personalities beyond reproach, of exceptional value in a society where no-one can be taken at face value, and too many secrets become common currency. The leader of the Mafia is known to be a foreigner, and calls himself Tanaziof. Their true identity is known to Spirou and Fantasio, and it’s not a secret concealed from readers for long as Tanaziof claims to be descended from the royal family executed during the October Revolution, and therefore Russia’s true ruler. What follows is another well-plotted, gag-filled farcical romp.

As is consistently the case, Janry’s art is amazing. When Spirou and Fantasio arrive in Moscow the reason for their presence is explained over several pages, into which Janry appears to have inserted some random activities as background detail, yet several are revisited during the following car crash sequence. As the tale continues Janry’s city detail is imposing and statuesque, and the entire book is set in winter, so the ever-present snow provides a clean look.

Spirou and Fantasio prove ingenious enough to circumvent entrenched Russian bureaucracy and assorted attempts on their lives, while simultaneously discovering that their foe has his own ingenuity and resources to call upon. He plans to establish his credentials by kidnapping Lenin’s embalmed corpse from its heavily guarded resting place in Red Square.

There is one element in spoiler territory causing Cinebook to preface the story with a warning about how the entire tale is meant as a spoof. The item may be in poor taste, and rather surprising for a kids book, but is funny, and is then capitalised upon with a joke many suspect is the truth anyway.

All in all, another fine Spirou and Fantasio adventure. In Cinebook’s numbering the next graphic novel, The Rhinoceros’ Horn actually predates this by 35 years. Tome and Janry followed Moscow with Tough Luck Vito, perhaps not too coincidentally starring a different Mafia boss.