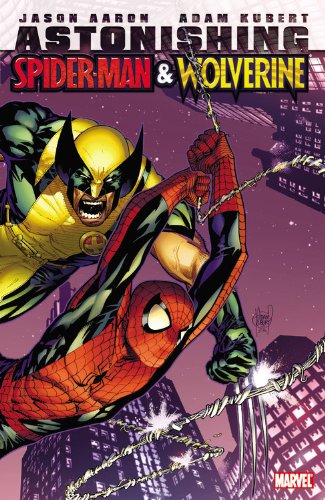 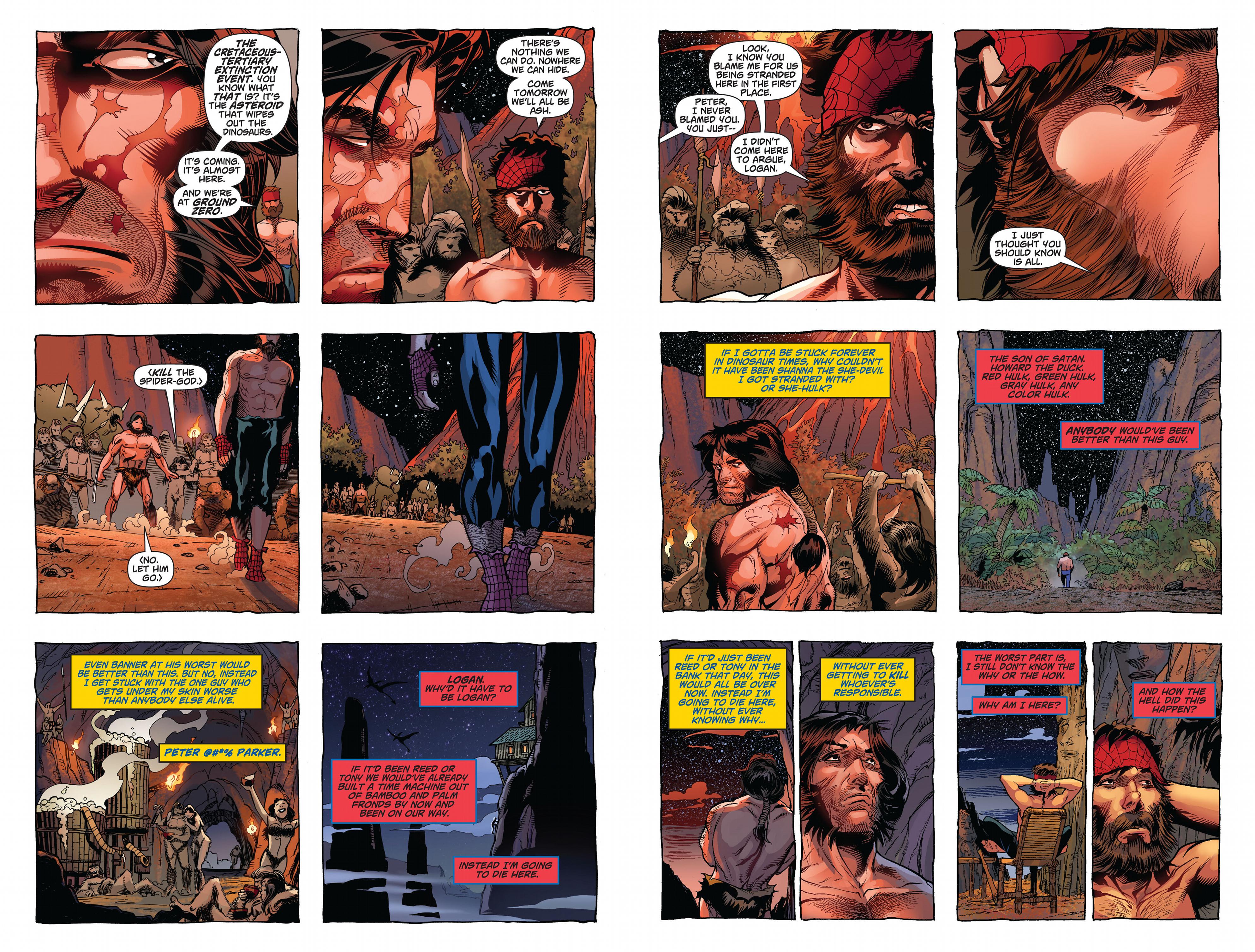 Jason Aaron starts this story brilliantly, opening with a bearded Peter Parker in the remnants of his Spider-Man costume having spent the past few months in the Cretacious era among the dinosaurs. He and Wolverine have been stranded in the past, and as Adam Kubert’s sample page shows, they’re not the happy couple of bedfellows. As near as Spider-Man can work out they’re approaching the time when the asteroid that wiped out the dinosaurs hit, and while he’s been scared to interact with the ape men already existing, Wolverine has been revelling in the brutality of a kill or be killed world.

They may be Avengers team-mates, but Wolverine has been so thoroughly established as a loner over the years that he reverts to type when the only Avenger left is Spider-Man, viewing him as a tedious and over-cautious nuisance when something needs doing. And plenty needs doing. Around two-thirds of the way through the maguffin is revealed, but until then Aaron and Kubert entertain us by alternately pitching Wolverine and Spider-Man against each other or combining them against a greater threat. This is via a lot of wacky concepts relying on the reader’s familiarity with the wider Marvel universe for maximum immersion.

Kubert varies his style over the assorted landscapes, reflecting either the era or the genre, the most obvious and contrasting example being when each of the lead characters finds themselves encountering the other as a teenager. Kubert gives a line perfect rendition of his brother’s style on Origin, and then also nods to Steve Ditko. Alternate versions of what we know are the stock in trade here, and Kubert’s imaginative in supplying them.

Everything presented is surface as the plot keeps skimming away somewhere else, but the creativity of both creators is on display. Aaron throws out one goofy idea after another and Kubert busts a gut designing what’s in the scripts. There’s a solution to everything, with Aaron conscientiously ensuring some of the stranger ideas are at least hinted at in the closing pages, and he also uses the maguffin to set up a plot for Wolverine and the X-Men.

There’s no great depth to Astonishing Spider-Man and Wolverine, but it’s a lot of fun. 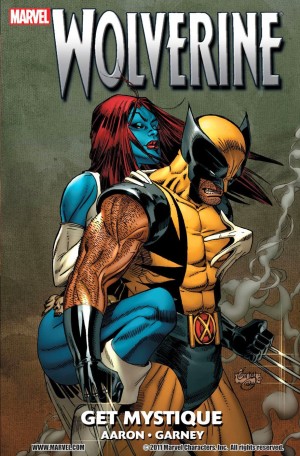