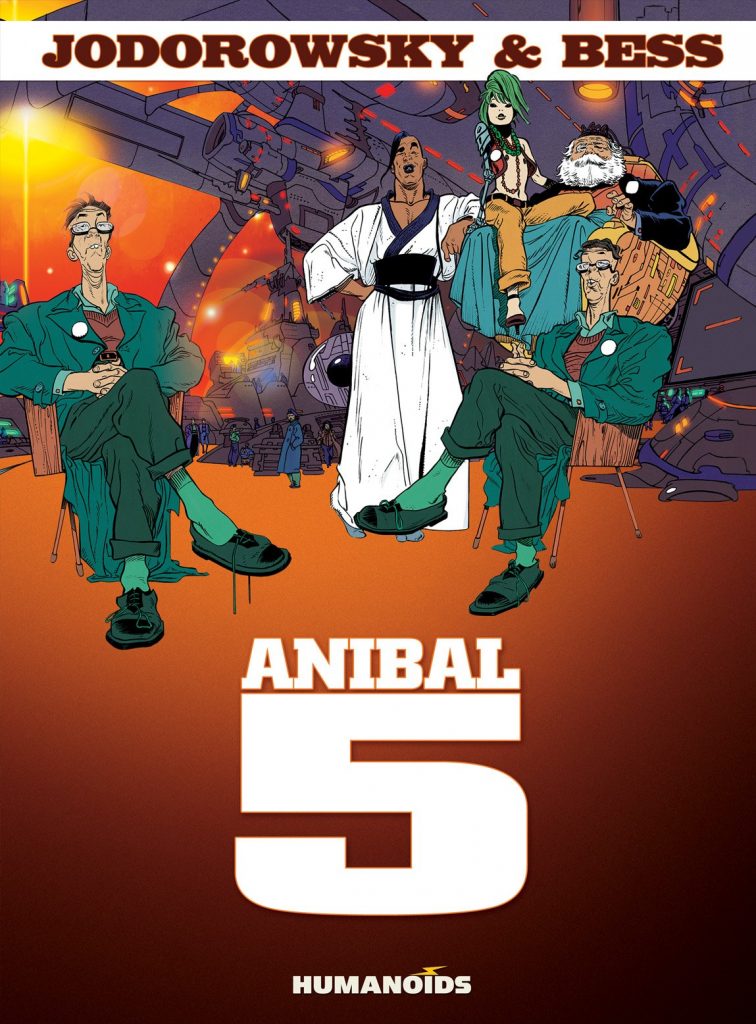 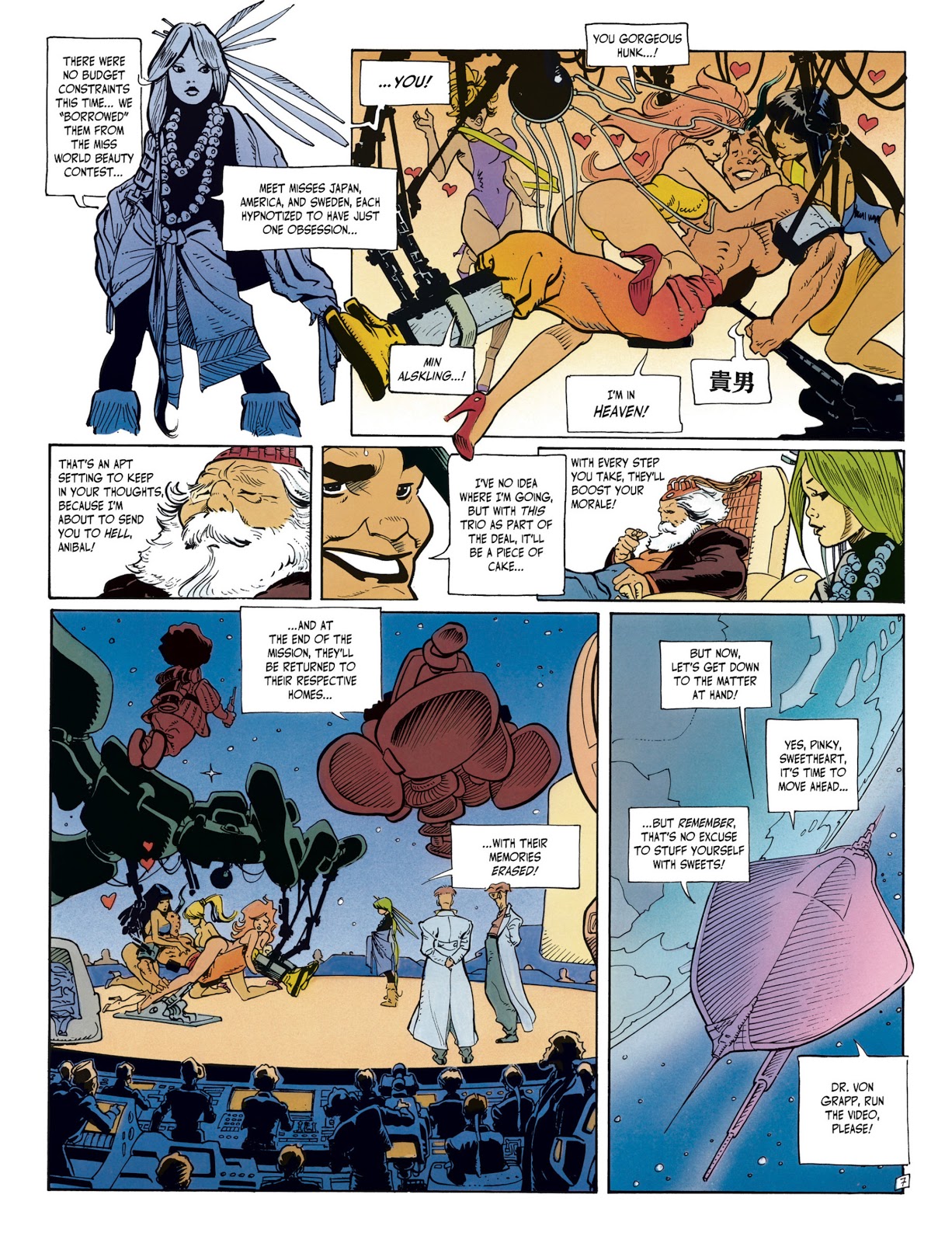 Few graphic novels reach higher on the nutty scale than Anibal 5, Alejandro Jodorowsky’s head-rush, sci-fi romp. It’s difficult to know where to start a summary, as Jodorowsky keeps shifting the status quo. Anibal 5 is a very sexually active cyborg, first seen when sent to assassinate Lao Te Kung, the absolute ruler of a planet who maintains a youthful allure by annually transferring the life energy from naked cloned women warriors, many others of whom serve as the army for his chief protector Dunia. However, Dunia isn’t beyond toying with her prey, leading to some beautifully crafted lines of excessively arch dialogue such as “Ooh, my fingers tingle when I touch your skin. What a bounty of biceps!”

That’s just the first mission. In the tradition of Barbarella, Jodorowsky and Georges Bess craft a whimsical series of encounters for Anibal 5. He has to investigate the disappearing ashes of historical figures, the criminalisation of Earth’s animal population, and every woman on Earth summoned to Antarctica. In each Jodorowsky is very much channelling his inner teenage boy with the creation of ambitious fantasies with an abundance of sex, and the inventive energy propels Anibal 5 a long way. Anibal himself is a powerhouse, but only concerned with completing missions in order to return and satisfy his prodigious sexual appetite. It’s entirely possible to become offended at the only real presentation of women as willingly submitting themselves to lust in Anibal’s presence, but the whole story is so ridiculously excessive and so obviously satirical. There are far more pernicious targets. Of greater concern are the frequent images of what’s represented as a young girl, but often topless. Perhaps the dubious nature to this occurred, as she’s dressed in the later stories comprising the second half of the book.

Echoing James Bond films with a strange twist, each mission begins not with the presentation of gimmicks, but with some form of transformation, Bess becoming ever more imaginative with his illustration. He’s great throughout, completely convincing with all the lunatic scenarios he’s called on to invent, and with more ordinary scenes, not being beyond slipping in a homage or two. One almost dreamlike sequence is produced in the style of Winsor McCay, not a piece of mimicry every artist could pull off successfully. Toward the end he does lose a little interest, the detail still present, but in sketchier style, although given the excessive amount of people Bess is asked to draw, perhaps that’s no surprise. Jodorowsky is also beginning to run out of steam by the end of the fourth story.

Anibal 5 has been released in English before, or the first two chapters anyway, as Anibal Cinq in the 1990s, but not intuitively translated. It didn’t reach the third chapter, but it doesn’t bear thinking about the clumsiness that would have been applied to the great over the top sexual metaphors that begin it.