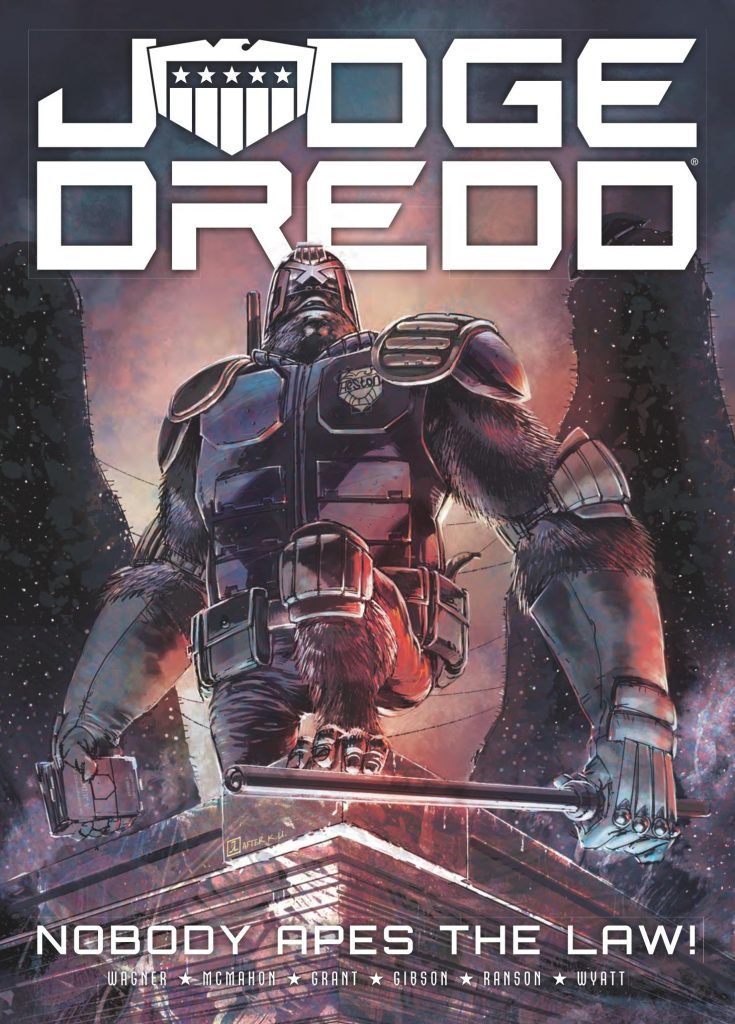 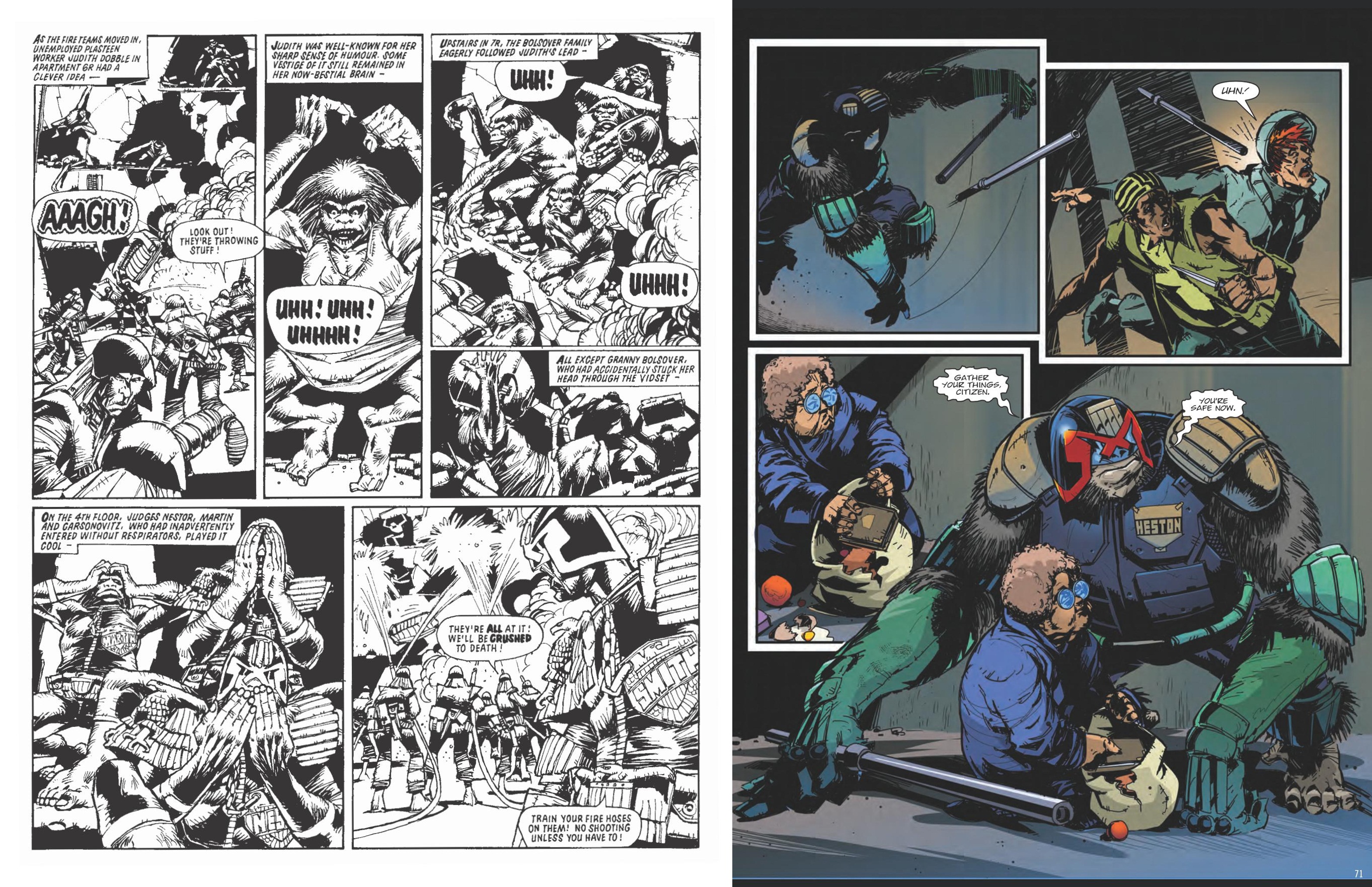 Part of the reason the writing team of Alan Grant and John Wagner were able to propel Judge Dredd to stratospheric popularity was a willingness to throw in whatever made them laugh and see how it worked when confronted with Dredd’s humourless nature and rigid insistence on the law. They found the idea of humanised apes funny, featuring them relatively frequently, and not every example is gathered in this collection. You’ll look in vain for Dave the Oran Utan’s spell as mayor of Mega-City One.

Wagner began the tradition with Don Uggie Apelino and his sharply dressed gangsters in 1978, equally sharply drawn by Mike McMahon, then still developing his style. That was in full flourish two years later for the superb ‘Monkey Business at the Charles Darwin Block’, in which Wagner and Grant have an entire city block transformed into apes, with McMahon magnificent at packing the mayhem into the panels. Artistically impressive in a completely different style, Arthur Ranson’s apes have a precision to them in a neat Grant story about a firestarter employed by the judges.

Considering ape mutation had been introduced early in the first year of Mega-City One, it took a surprisingly long time before someone made the conceptual leap to an ape judge, but Arthur Wyatt’s example is a beauty, mixing comedy and pathos. Heston’s suppressed his difficult background in books, and when the chance came to make a difference he did, and his connected stories occupy most of the collection’s second half. They’re expressively drawn by Jake Lynch, who becomes a stronger artist from story to story, ending with a tour de force on a funfair island.

While not every story is a gem, this is a fun collection showcasing the catholic diversity of artistic styles that can still make 2000AD such a compelling read. Some people believe 2000AD and Judge Dredd are well past their sell by date, and the glories of the past are their lasting monument. Wyatt and Lynch are proof that’s not the case, with material produced since 2015 making good use of past history to tell great stories today. Nobody Apes the Law takes its title from that first Wagner and McMahon story, and what a fine legacy they provided.