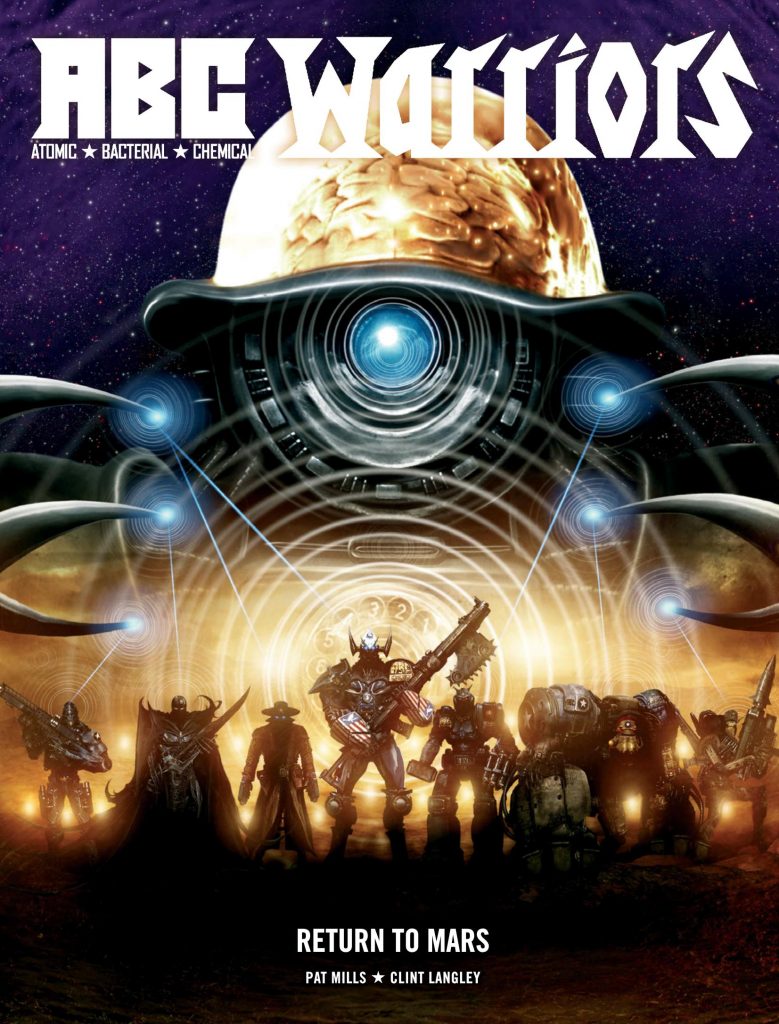 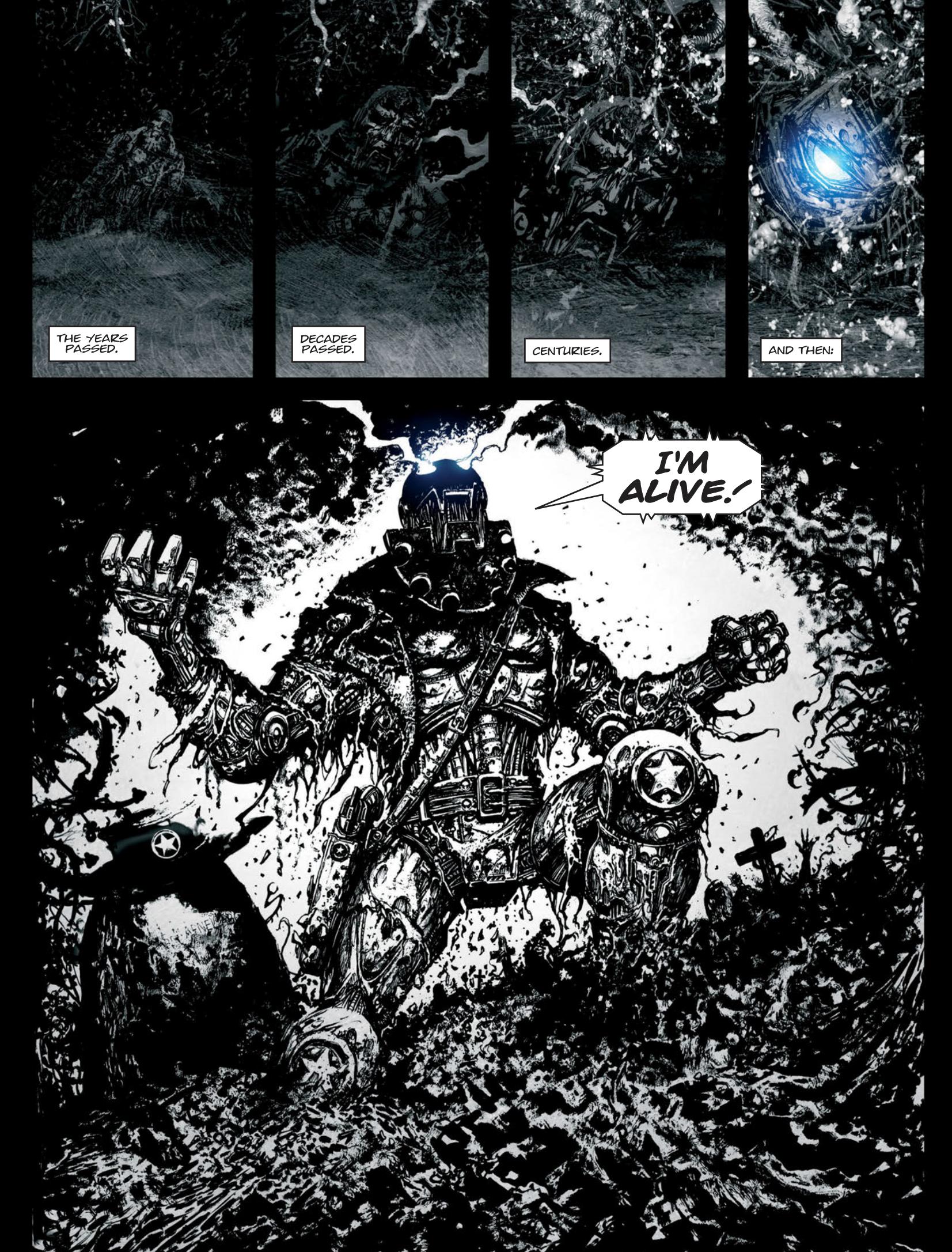 Pat Mills has made no secrets of his disagreements with a 2000AD editor over the direction ABC Warriors took in the 1990s and again lets loose in the introduction referring to the rapid direction shift that discounted the ABC Warriors as avatars of Khaos. In The Third Element they were back on Mars with a different agenda, and the change of direction is what Mills addresses.

After several volumes it’s now been instituted that a framing story in the present day encompasses the recollections of the past, and after mentioning Tubal Caine for five books, and revealing who he is in Return to Earth, this is pretty well exclusively his story. In the introduction Mills writes about the dangers of tying continuity too tightly, but with Happy Shrapnel there was considerable leeway. He’d been introduced on the first spread of the first ABC Warriors story, a fantastic ragged design by Kevin O’Neill, but never had a personality progressed beyond that design, something Mills now rectifies. An emotional first few experiences show how Happy ended up on Mars and how he died there, with the remainder of the book explaining his change of attitude and how he’s been keeping himself busy when not refitting the Warriors.

There’s never been a problem with Clint Langley’s colour art, but in black and white his work looks a lot better than it did, an appealing combination of influences including O’Neill and fellow 2000AD great Carlos Ezquerra. The longer the story continues, the better this is, really opening out into the spectacular when the spotlight returns to the ABC Warriors team and their reasons for returning to Mars. Because the story swerves all over the place, Langley adjusts his art to match, and later still he’s channelling the work of another ABC Warriors alumni, Simon Bisley, although in a more restrained manner.

In addition to fleshing out Happy Shrapnel, heading back in time enables Mills to pay some attention to now departed Warriors who at the time received short shrift, Morrigun in particular, but he also explains other shreds of the past, such as the discarding of Mek-Quake. The jumping about through time results in a disjointed story, but the variety ensures Langley’s imagination is constantly tested, and he responds, with a ball sack design late in the book disgustingly memorable. The final third of the book is nothing so much as a Western with robots replacing the black hats and white hats, Tubal Caine having to justify his existence to a very powerful and well resourced enemy. By the end Mills has a neat reason for his next instalment, Return to Ro-Busters, and seems to have a bigger purpose in changing the team.