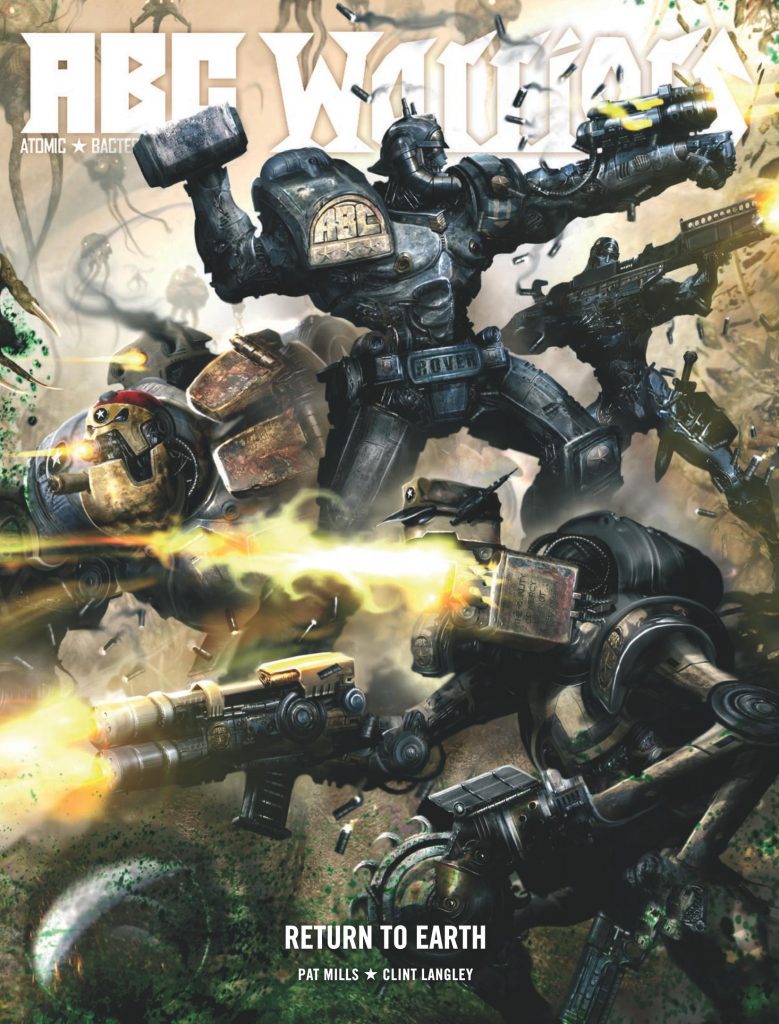 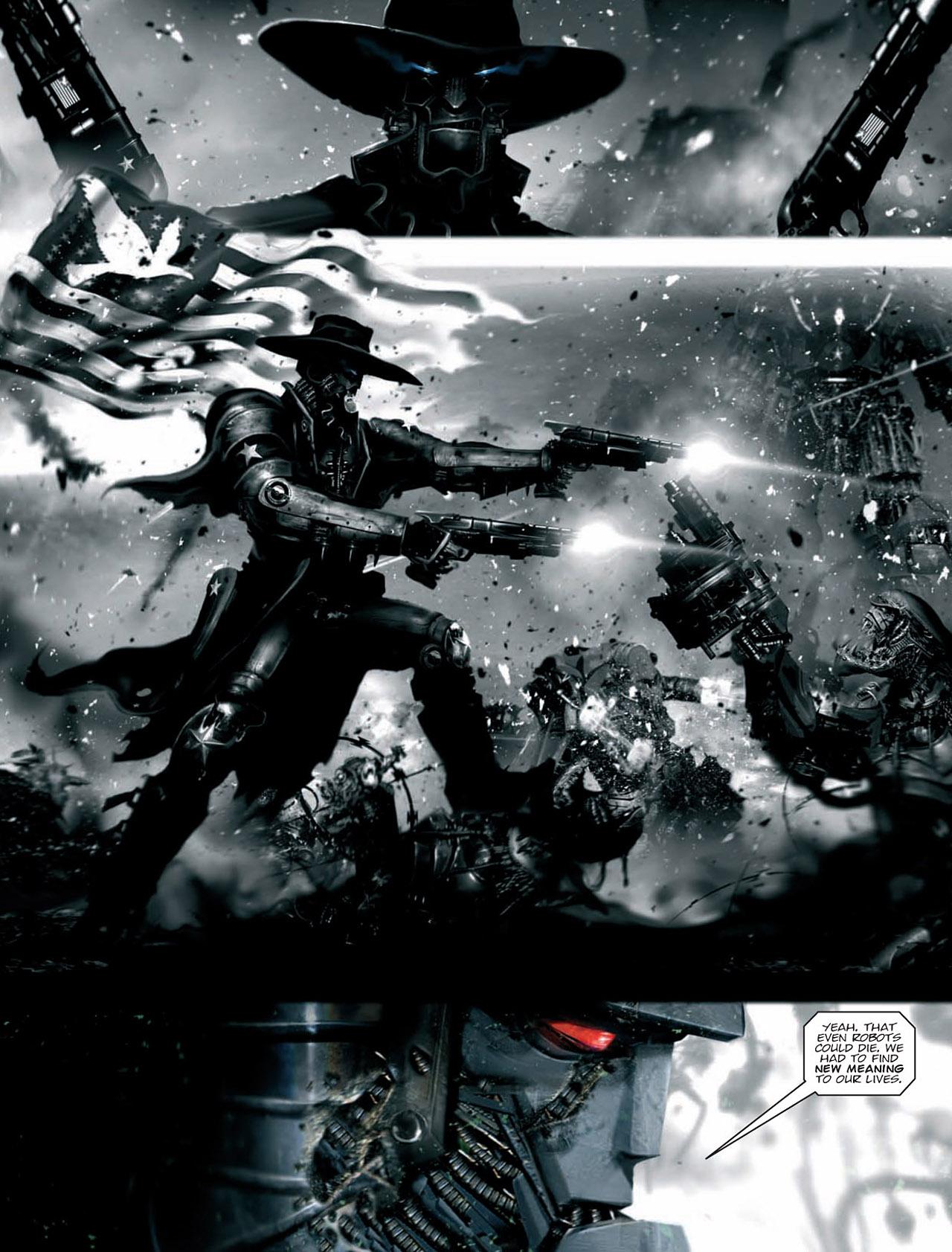 When he began the Volgan War series, Pat Mills worked out a form of continuity for the ABC Warriors escapades, to which only scant attention had been previously been applied. Attempting coherency meant gaps appeared in what had previously been related, and with The Volgan War completed, Mills set about plugging those gaps. The first result was Return to Earth, the bulk of which followed The Meknificent Seven, and preceded Hammerstein’s term in Ro-Busters. As was the case with The Volgan War, Mills chooses to relate the his main story set in the past with a framing device of the ABC Warriors’ ongoing experiences. They’re a member short, always needing seven for mystical reasons, and have identified weapons generator and engineer Tubal Caine as the ideal colleague, only reaching him is proving difficult, providing time enough for Hammerstein to get a few things off his chest about the past.

Unusually for Mills, Return to Earth is a positive, wish-fulfilment saga. It’s proposed at the United Nations that war is outlawed and any world leader instigating conflict is treated as a criminal. That’s vetoed by the USA, but a there is a victory in the dismantling of the war robots, the ABC Warriors each representing a specialist type. Hammerstein, however has been contacted for a specific mission, and if you’d prefer to read the story without knowing the outcome, save Mills’ introduction until afterwards.

Signifying it’s set in the past, much of the story is in black and white, and the absence of colour affects Clint Langley’s artwork significantly. The imaginative layouts and addiction to detail are there, but without colour there’s a lack of definition, and with rare exceptions, his black and white pages don’t look as good as his colour pages. What Langley has always brought home well is the sheer size and bulk of Hammerstein, how several tons of mechanics turning up your office would be utterly terrifying, and that’s well used here.

This isn’t the story for which ABC Warriors will be remembered, but it’s solidly entertaining. From a purely technical view Mills admirably pulls together bits and pieces from earlier work to make more sense, the return of Ro-Busters’ Howard Quartz both logical and surprising. The eventual ethical heart is something Mills manages well, seguing events neatly into the Ro-Busters period for Hammerstein, and saving a final surprise until the end, something to lead into Return to Mars, a further continuity patch.