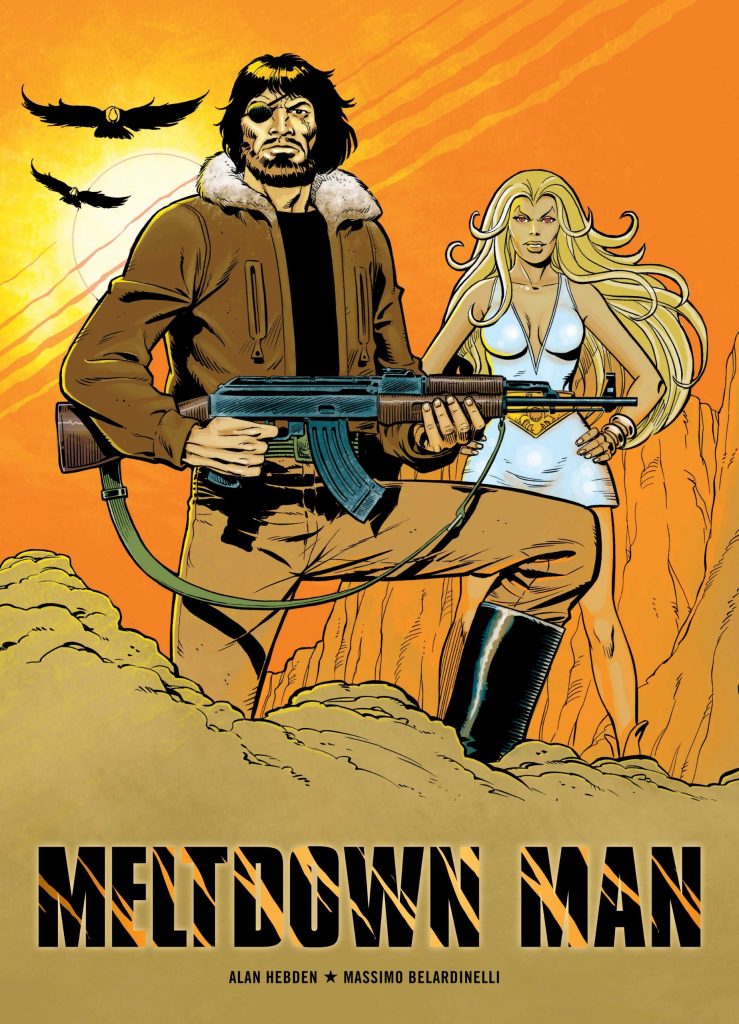 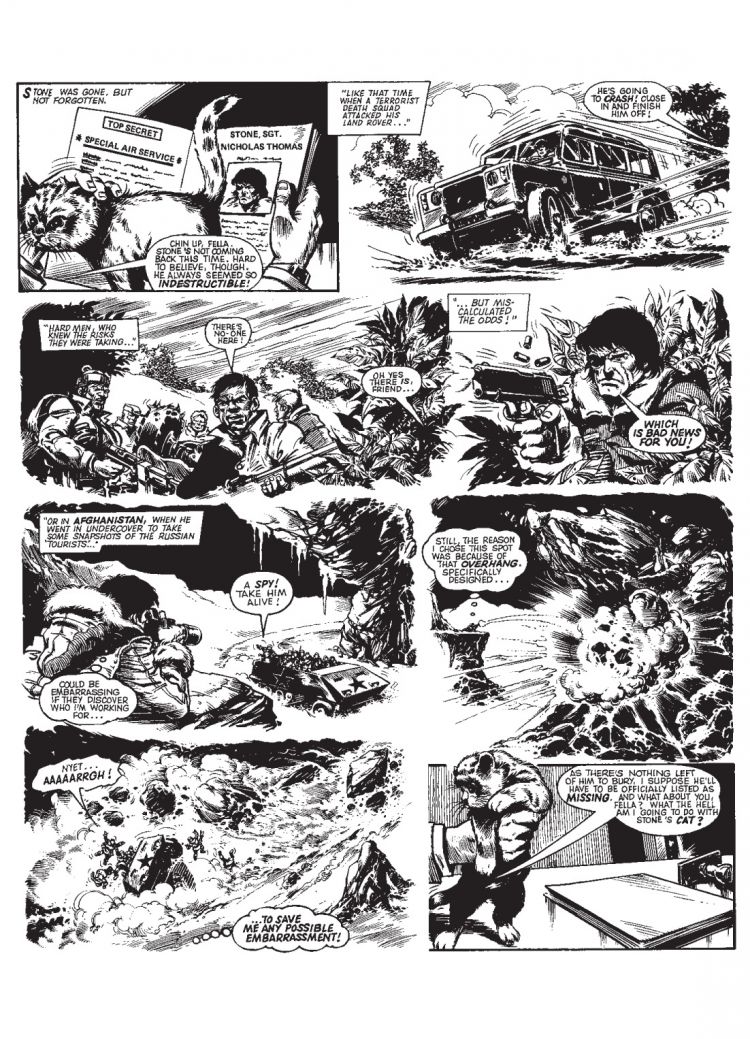 Originally seralised in 2000AD in 1980, Alan Hebden and Massimo Belardinelli’s epic follows Sgt. Nick Stone who is caught in the heart of a nuclear blast, and transported to a different world populated by humans and anthropomorphic lifeforms called Eugenic bioforms, or yujees. While it’s only natural that it shows its age to a new audience, Meltdown Man is a well-written comic with detailed art.

The yujees were created by the humans of this world as slaves with the intelligence of humans and the useful talents of their animal counterparts. Stone saves and befriends a cat-girl named Liana and a wolf-man named Gruff. Together, with the bull-man T-Bone, the team embark on a quest to overthrow the evil human Leeshar who plans to use the yujees for world domination.

Stone is an eye-patch wearing, gun slinging manly man, similar in looks to Kurt Russell’s character Snake Plissken in Escape from New York. Upon seeing the slaughter and subsequent “recyclement” of yujees, Stone vows to help them overthrow their human masters. He does so by matching the violence of the other humans. Hebden writes in a compelling way with episode arcs that keep the reader on the edge of their seat. Originally serialised in five page segments, each episode is laced with adventure, violence and suspense that keep the pages turning quickly. The art is excellent with amazingly detailed animals and backgrounds. Belardinelli masterfully captured the animal and human/animal form.

There are a few things, however, that reveal Meltdown Man‘s age. For instance, the only female main character (also one of the few females in the entire comic) is sexualised and doesn’t contribute much to the team besides her pretty face. Liana is always finding trouble and needs saving instead of helping the team, and is also the least animal-like yujee. She is supposed to be a cat, but instead looks more like a pixie or an elf, and receives a “make-over” about a quarter of the way through, giving her longer hair and a more revealing outfit.

Unfortunately, Meltdown Man ends abruptly and with a cop out. It is nice that it mirrors the beginning, but the conclusion is crushed into a single page and lacks the closure a little more breathing room could provide.

Overall, Meltdown Man is a fun, imaginative comic with Hebden’s action-packed storytelling and Belardinelli’s complex line work. It dates itself with a lack of powerful women and a hyper-masculine male lead, and could have used a few more issues, pages or even panels to allow for a meaningful ending.