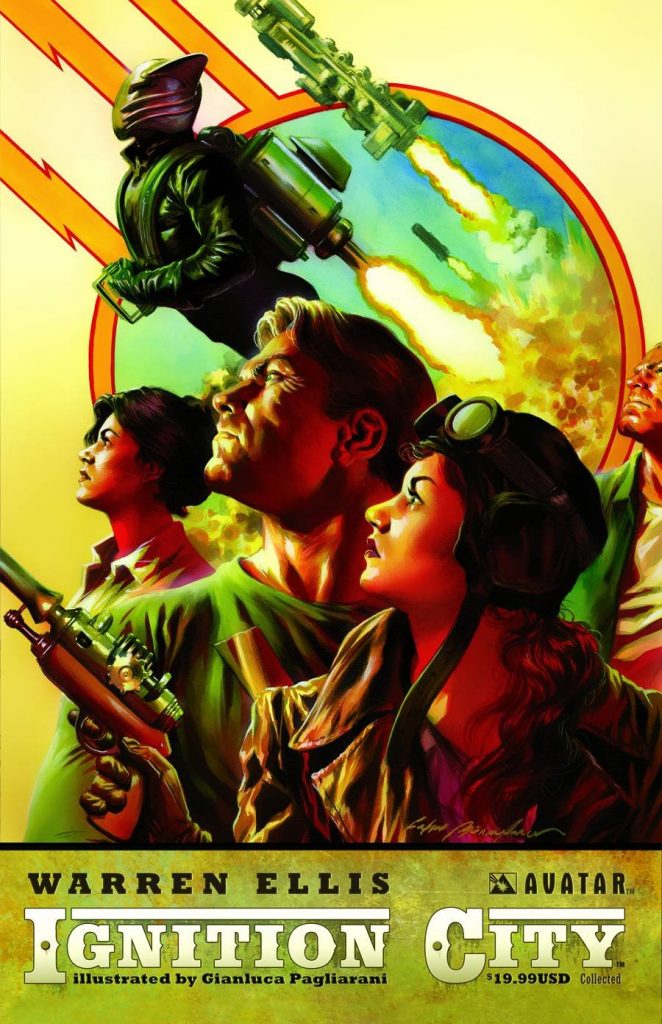 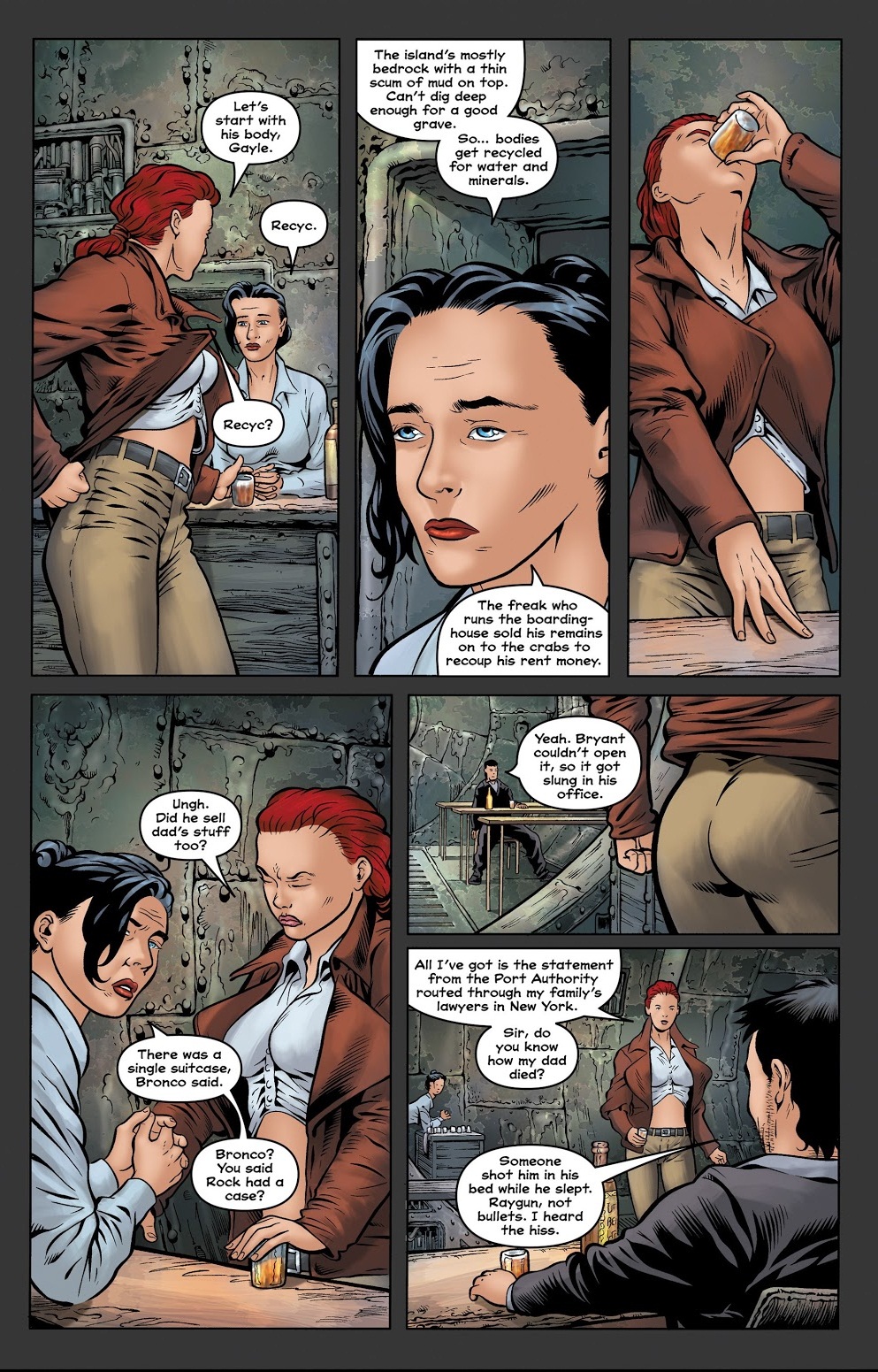 When the father she idolises dies, space pilot Mary Raven returns to Ignition City, Earth’s last spaceport, to settle his affairs and collect his belongings. Although it’s only the late 1950s, this is an Earth that’s had plenty of alien contact, and the resulting political diaspora is considerably different from that of our Earth. As space travel has been abandoned, though, Ignition City is a pitiful place, the people once considered heroes now earning sordid livings however they can, reputations shredded by their spirit of heroic adventure now being blamed for alien invasions.

We’re in typical Warren Ellis territory, where the seedy is so entwined with the fantastic that anything gleaming is rapidly tarnished. Mary is an anomaly in Ignition City, still possessing some self-respect among people who, if not all criminal, have wistful longings they’ve long since given up on. Mary also has a burning desire to see her father’s reputation upheld, and the more questions she asks about his death the more she dislikes the answers.

Gianluca Pagliarani became a fantastic fantasy artist, working mainly on European material, but wasn’t quite the full monty when he drew Ignition City. He pours the love into the backgrounds and the designs, which really resonate, and he does this while convincingly accentuating the grime of a decaying place. However, the effect is diluted considerably with sloppy and awkward figures, some twisted way out of proportion. There’s also a sleaziness about the way he draws women, accentuating lady bumps in panels that have no need for a bum shot.

Ellis and Pagliarani construct a viable society, and almost in throwaway circumstances Ellis was prescient when it came to current British attitudes to the wider world. He presents a believable cast with secrets that intrigue, not all revealed here, and includes some fantastic touches such as the way to unlock a case no-one else can get into. Ten years later and it would have been the type of swaggering space western that slotted straight into 2000AD (if the swearing was toned down). There are some downsides that aren’t as clever, romanticising alcoholism for one, but for the most part Ignition City is a solidly thought out drama worth reading.

This is optimistically considered Volume 1, but having spent the time to construct a world, Ellis obviously felt he’d said all he had to and moved on to other projects.