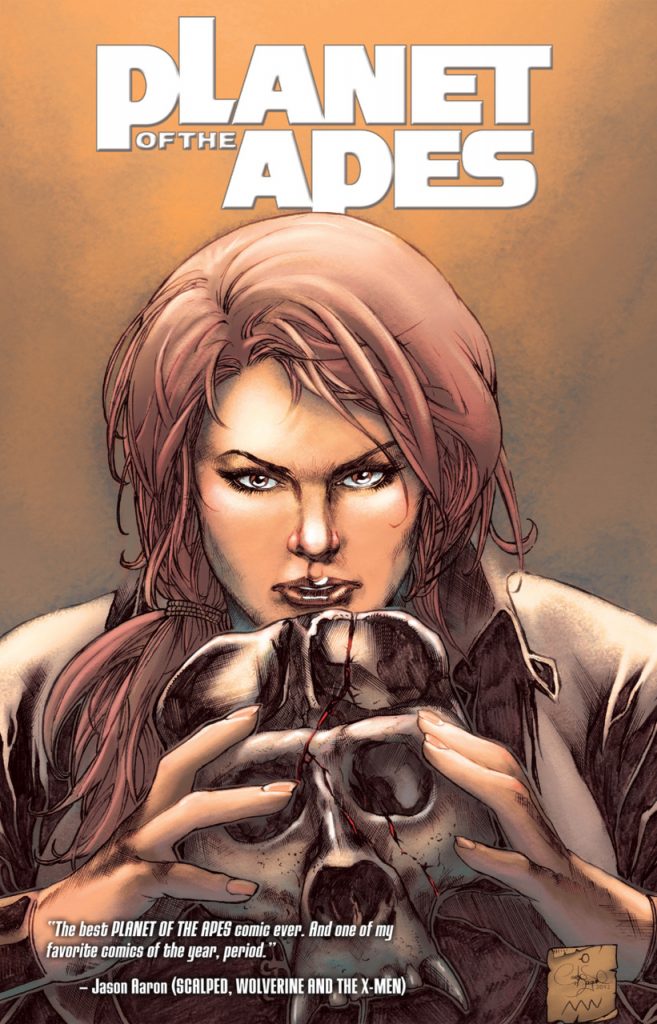 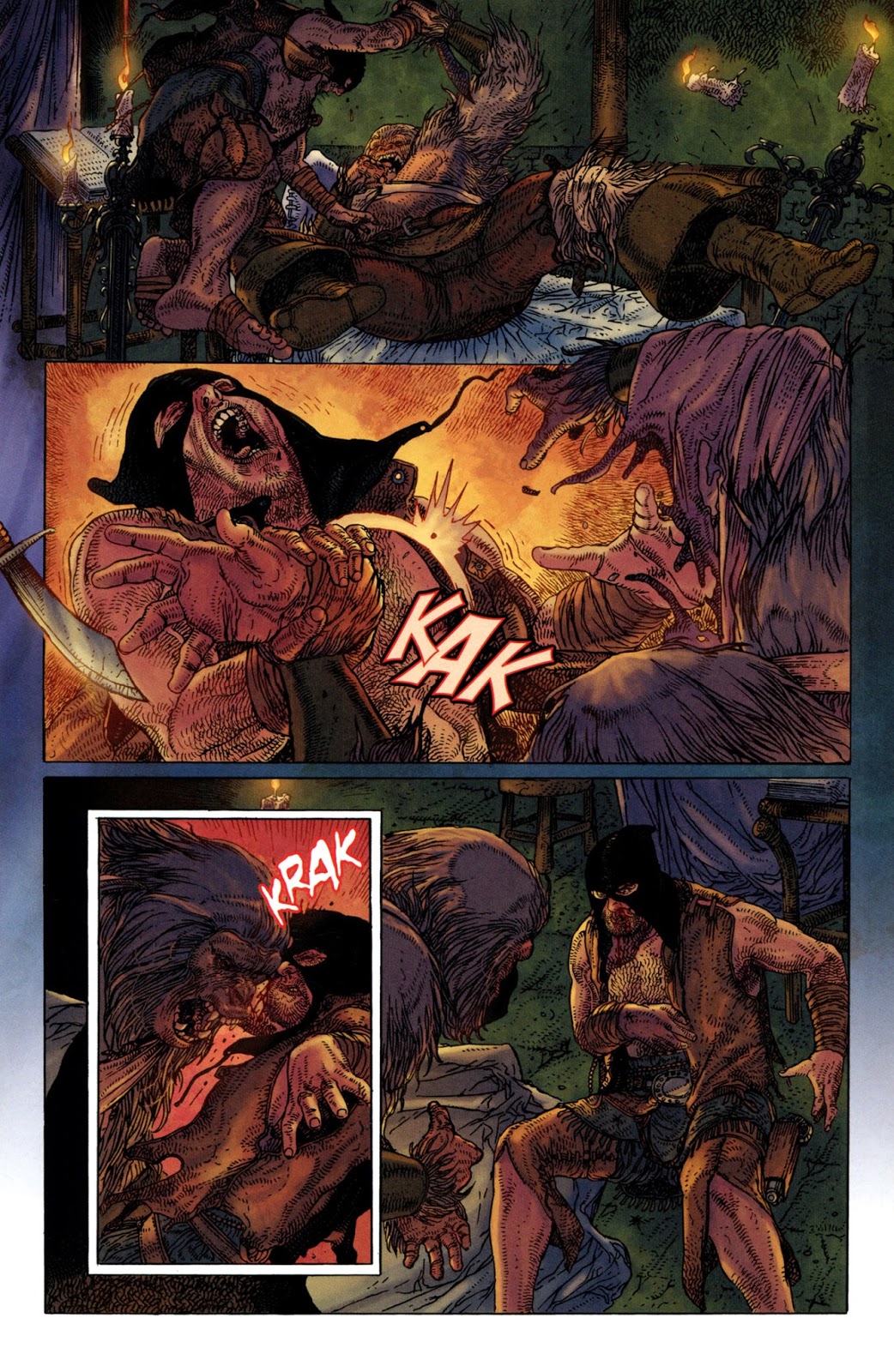 The key relationship to Daryl Gregory’s five volume plot is the human Sully and the ape Alaya. They shared a childhood, first in the devastated community of Red Creek, then together in the city of Mak, where most of the story to date has been set. Now adults, they have very different agendas, and an essential story element going forward was Sully giving birth in the ape prison cells and Alaya taking the child, naming him Julian. Children of Fire’s final pages shifted the continuity forward ten years, and Julian is key to The Half Human.

Shunting the story forward a decade is interesting. It avoids the inevitability of the mopping up and repercussions after the clampdown ending any serious threat of human revolution. Now the ground has shifted. Humans are suppressed, yet some still hold out hope of change.

Magno illustrates everything astoundingly well. It’s difficult to find any weakness in the art, which has been the case throughout. His layouts maximise thrills, he’s great with character and movement, apes and humans, he packs detail into the panels, yet never at the cost of focus, and events just flow so smoothly. Every chapter is a visual treat.

As both a society and a story device we’re so used to guns that they’re taken for granted, but what Gregory does very successfully is introduce them into a society that has none, and shows the devastating results. Much of The Half Human is setting the ground for The Utopians, which concludes Gregory’s story, and as such it’s jumpy in moving between several leading characters. Some are confronted with truths, and some have their delusions shattered, including one very surprising individual. The introduction of a new and powerful character is interesting, but the part played here is more in the way of a whimsical cameo. With one concluding graphic novel remaining, everything is still up in the air.