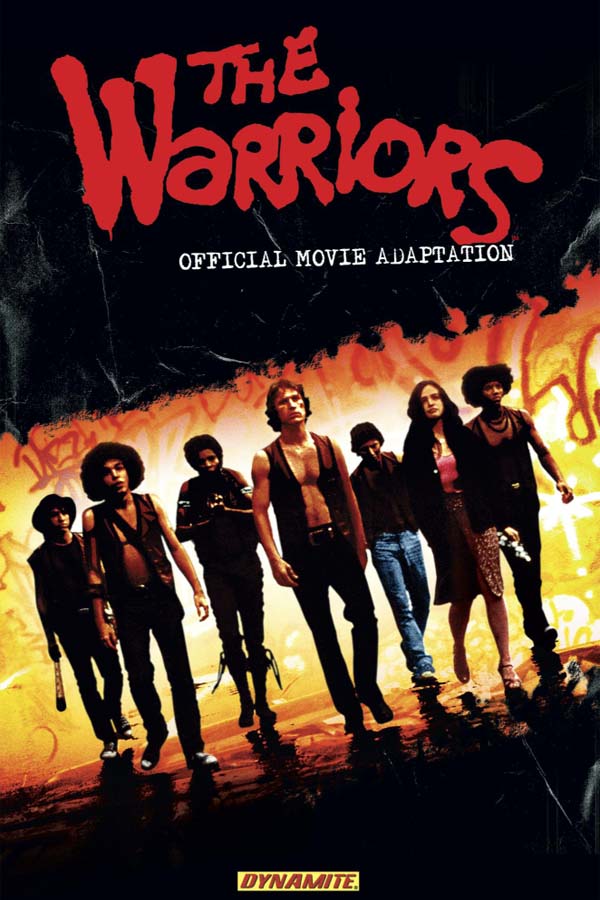 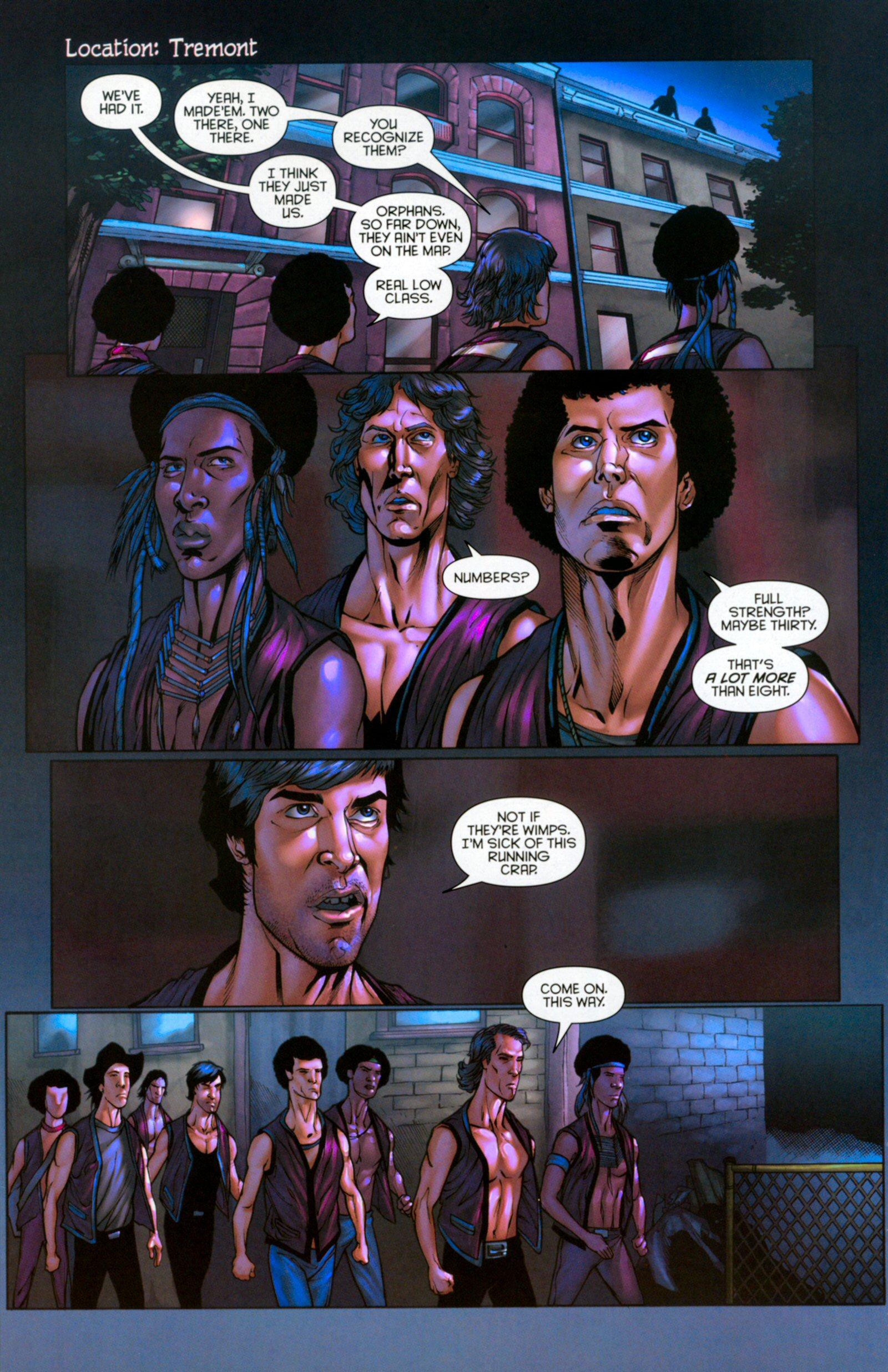 Although it’s Walter Hill’s 1979 film that’s achieved cult status, The Warriors was adapted from Sol Yurick’s 1965 novel, which he in turn based on Anabasis by Xenophon, who died in 350 BC, a story about the flight of a group of Greek mercenaries who’d invaded Persia. It’s an unlikely heritage for what’s remembered for its creative violence and tension.

Cleon leads the Warriors, one of several major New York gangs. At a supposed peace summit in Central Park attended by nine members of each gang he’s framed for murder and separated from his allies. The remainder of the story is the attempts by the Warriors to make it back to their own territory of Coney Island alive when every other gang member in New York is looking for them. Their progress is memorably chronicled by a New York DJ in a suspenseful and inventive movie.

Grant Alter writes the character establishing prologue, ensuring we know that whatever happens to these guys, we’d not really want them as our drinking buddies. For the actual film adaptation the scripting is turned over to David Atchison. He’s generally good, hitting all the movie’s high spots, and while the occasional piece of dialogue is makeweight and purposeless, it’s not down to him that The Warriors flops as a graphic novel. That’s down to the amateur art of Chris Dibari. His people are basic, their proportions poor, and their expressions often strange. Furthermore he draws no more of them into a panel than absolutely necessary. The Warriors of the film spent much of their time in dark and solitary locations, but this was in a city where people other than gang members lived. That’s not an impression conveyed by Dibari. How much better the graphic novel could have looked is proved by Tommy Patterson’s art on the final chapter. His cast resemble real people in a real city.

Stick with the film, or investigate the original novel, but there’s no reason to pick this up.