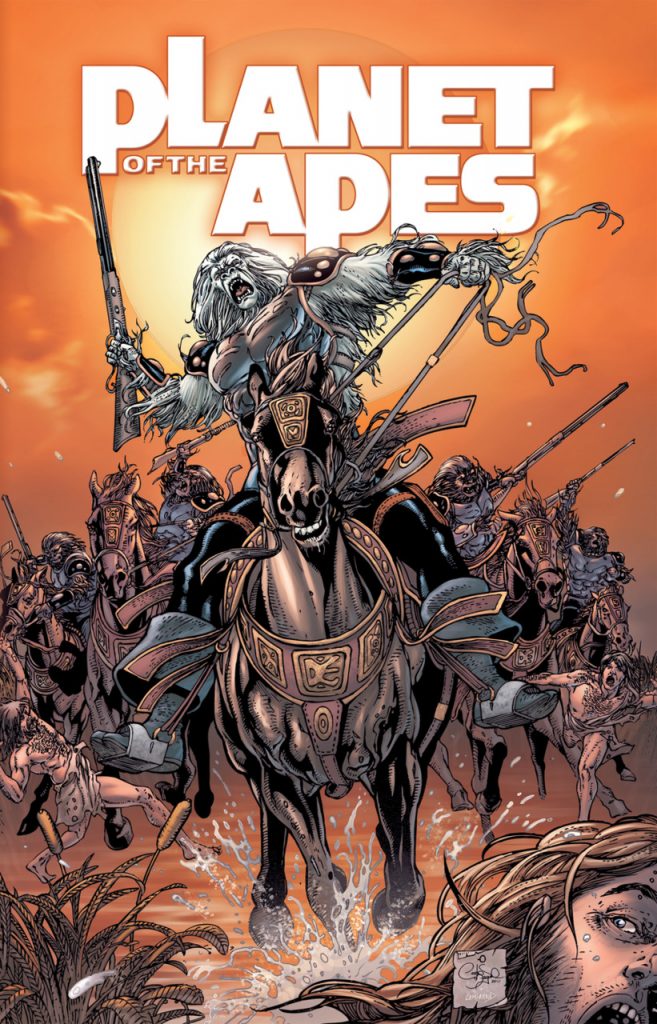 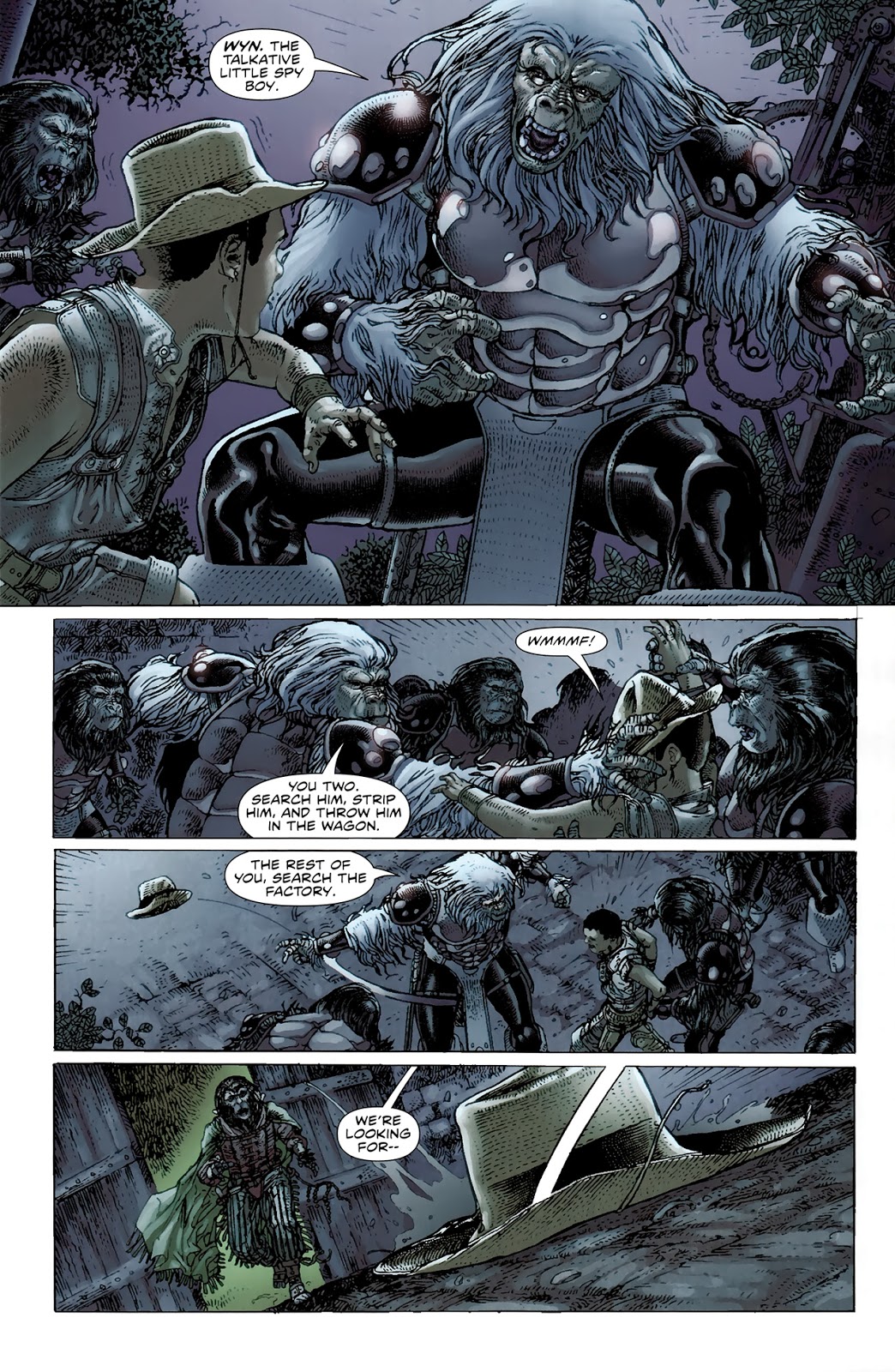 Daryl Gregory and Carlos Magno’s Planet of the Apes series began in spectacular fashion, most obvious in the form of Magno’s accomplished art, but Gregory’s plot for The Long War was intriguing, and set-up to be sustained over four volumes.

It’s set centuries before movie continuity, and has established ape dominance over humans, but not total subjugation. The assassination of a respected ape has opened up an entire box of social tensions, and while human rebellion has sparked events, the ape establishment as represented by Alaya, the Lawgiver’s grand-daughter, who’s manipulating events for her own benefit. The human community in what’s derisively known as Skintown has been closed off from the city of Mak’s better areas, and it’s an unstated joke that the humans are now using guerilla warfare tactics against a superior force.

The short review is that The Devil’s Pawn is every bit as good as The Long War. Magno’s page compositions, detail and character formation are exceptional, and Gregory continues to surprise and intrigue. Both sides of the current conflict have resentments stemming back to what’s referred to as the Delphi Incident of eighteen years previously. Gregory here reveals the context, detailing what was a decisive victory for the apes, cementing their superiority, and a crushing defeat for humans, already motivated by desperation. However, has the time now come for a complete reversal?

We see more of the devious Wyn, introduced as someone very capable, and with a reckless courage seemingly able to escape from anywhere, and we learn more of Alaya’s plans as more ancient weapons manifest. Gregory’s plot ensures the pages turn fast as everything he spotlights captivates, and by the end, when the story moves into Children of Fire, he has five different characters in different locations, and we want to follow them all.