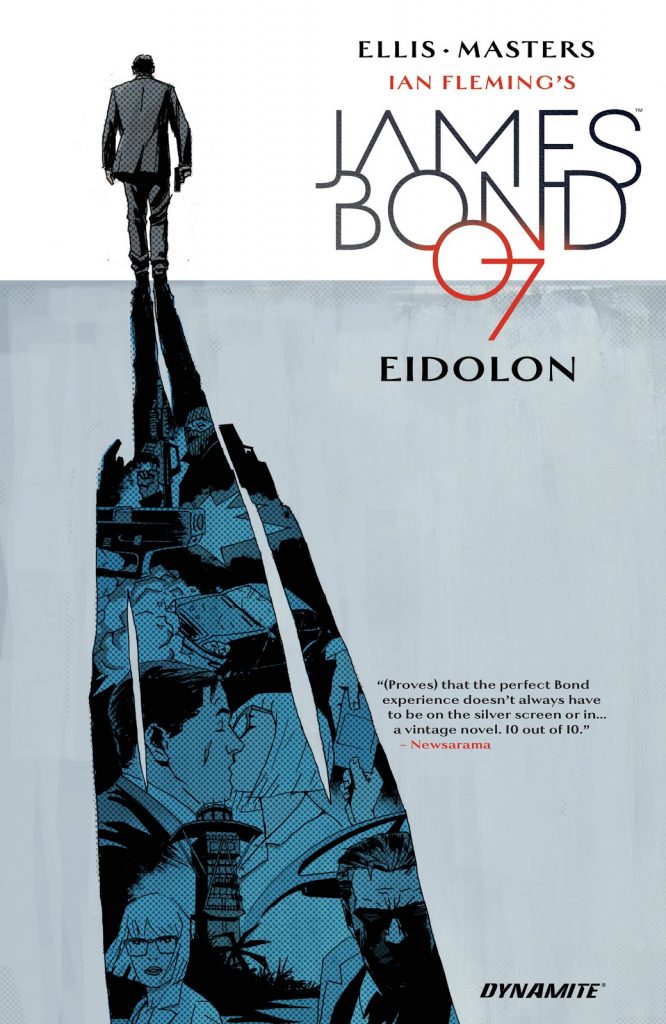 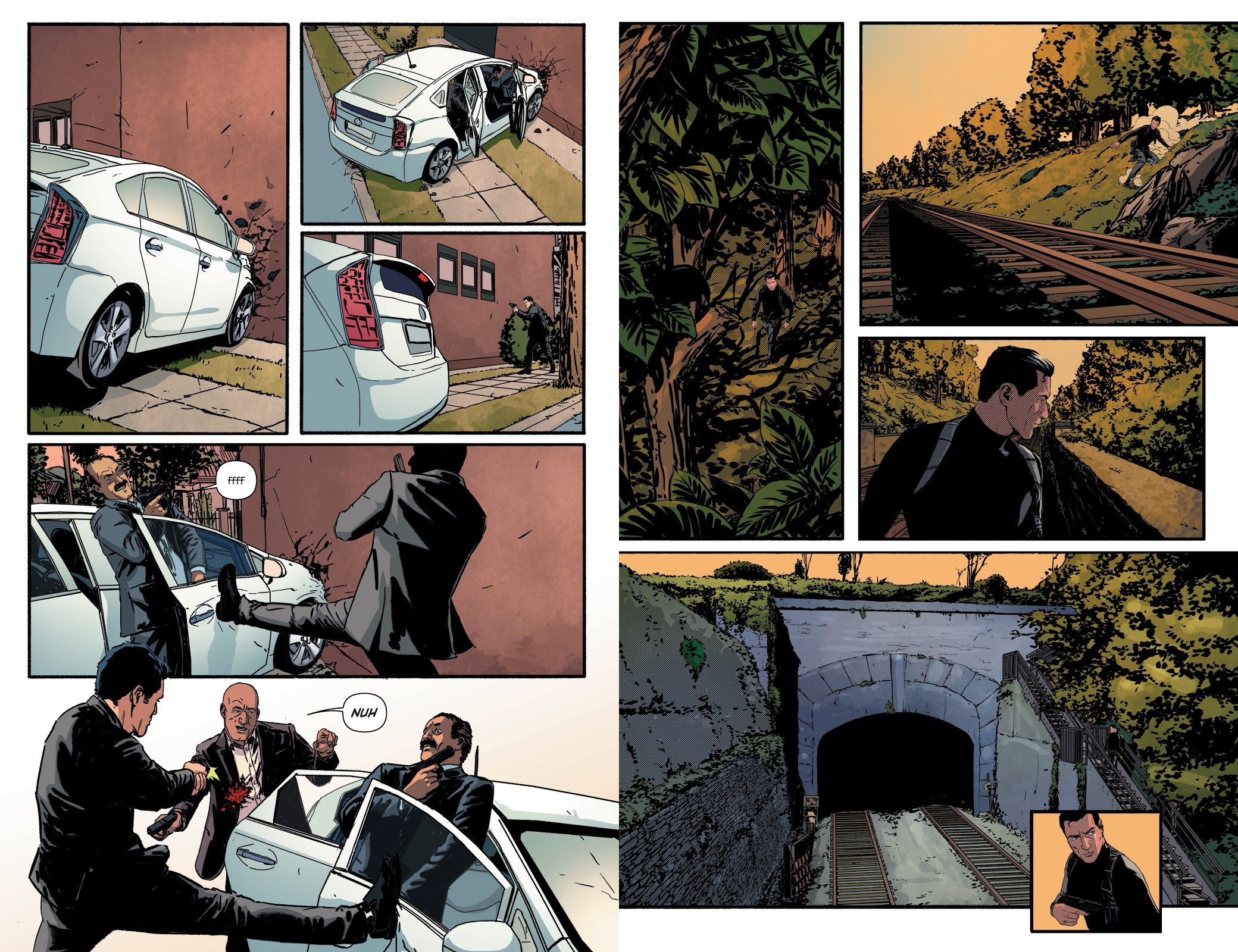 Over the opening pages Warren Ellis sets a fine brew a bubbling for James Bond as he drops us into three apparently unconnected scenes. Bond himself is in the USA, hoping to fly home an agent whose security has been compromised, but before then we’ve seen the very distinctive looking Beckett Hawkwood murder someone he believe has compromised his security, and an inter-agency squabble about MI-6 agents using guns in the UK. By the end of the opening chapter we know how two matters are connected, and Ellis has thrown a major spanner into Bond’s plans.

The previous Vargr was a good Bond story, but it was also Ellis finding his feet. The plot was watertight and entertained, but Eidolon offers more in the way of neat little character touches. Vargr was primarily action, but here we see the ladykilling Bond, or, to be precise, the would-be ladykilling Bond discovering that supposedly boring forensic financial specialist Cadence Birdwhistle is actually witty and more than capable of rebuffing him. Does she?

As before, Jason Masters lays out a fantastic action page, exactly right for James Bond’s world in that respect, and he’s generous with the detail, but there’s also a posed stiffness to his figures during the action, and everything is still too sanitised. It’s possibly a casualty of too long spent studying the visual references that gives his man made locations the look of stage sets, but as seen on the sample art, his countryside is rich and verdant. Masters puts considerable effort into his pages, and it’s shame they’re not always entirely convincing.

In all other respects Eidolon is top class James Bond. A wide ranging plot is cleverly played out and Ellis stretches a compelling finale over the two final chapters. How high it rates may depend on whether your experience of Bond is reading or cinematic, as Ellis is truer to the Bond novels. There’s plenty of action, and a couple of great car chases, but no widescreen set pieces, and if the finish is abrupt, it’s also great.