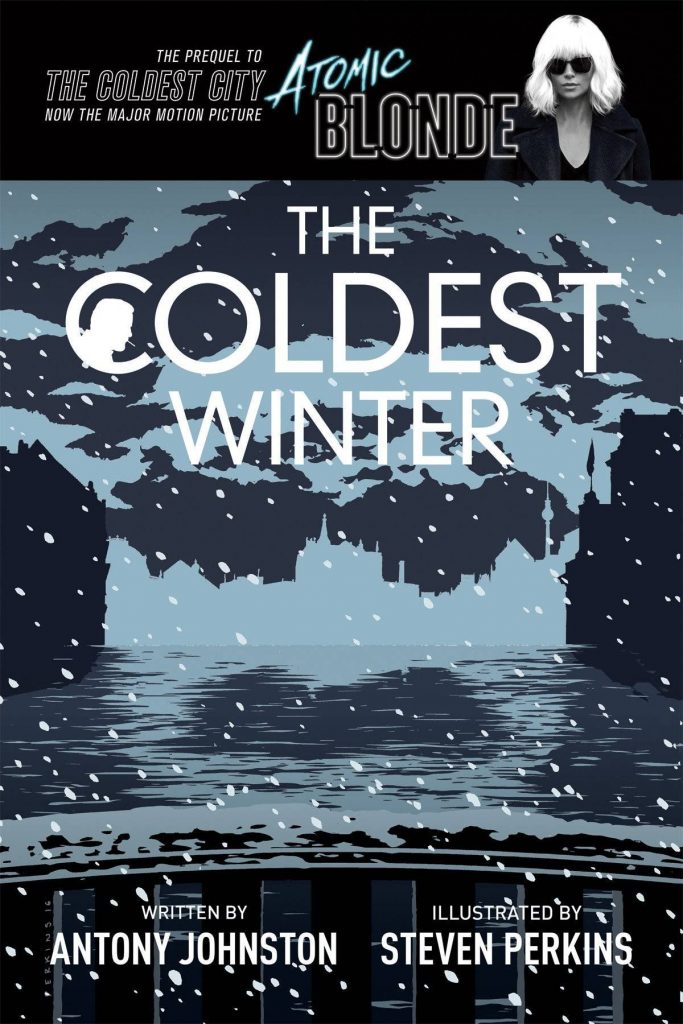 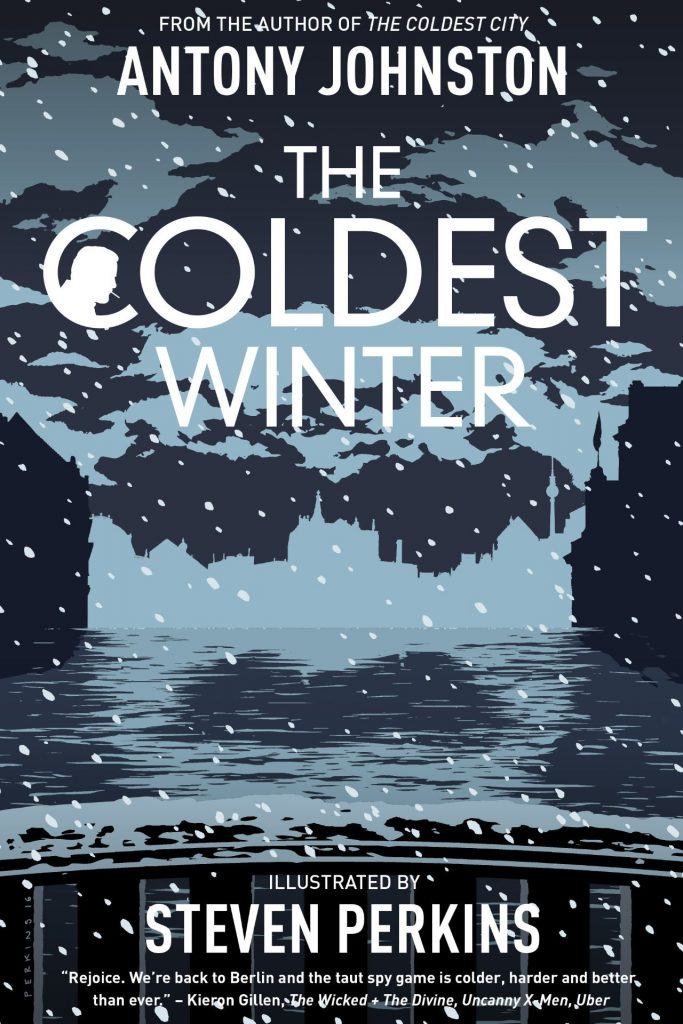 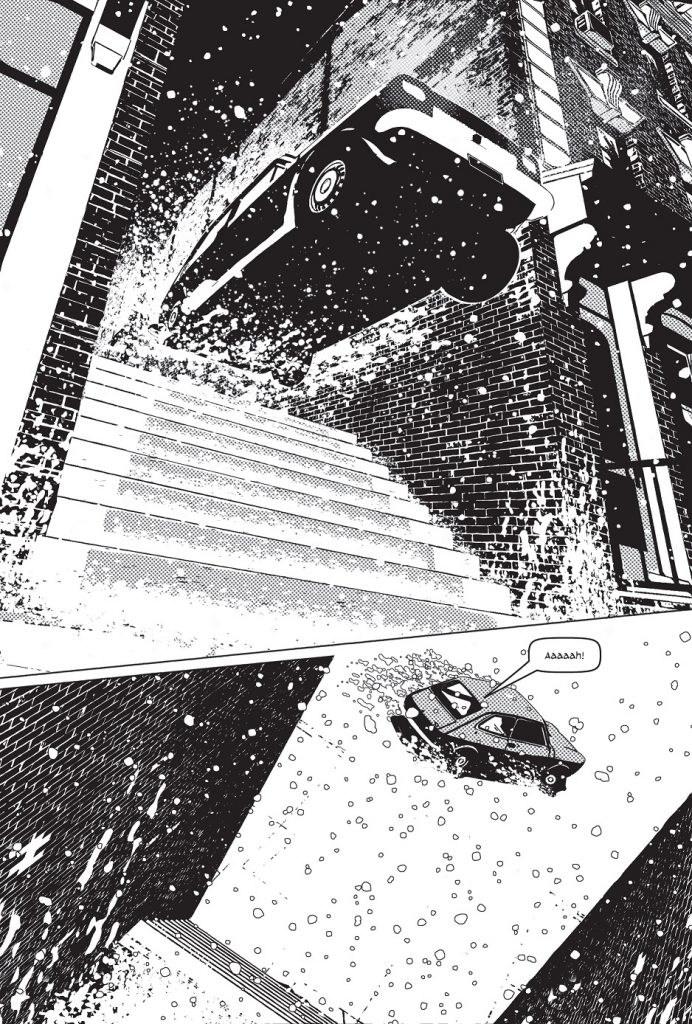 Antony Johnston’s previous trip to Cold War era Berlin in The Coldest City was a tautly plotted spy thriller let down by the inability of the art to convey the material in an interesting fashion. Thankfully for Johnston that was no hindrance to the story’s transition to cinema as Atomic Blonde. Still, it’s no surprise to see Johnston collaborating with a different artist, Steven Perkins, for this prequel set in 1982.

Perkins is far more suited to the material, bringing to mind the computer manipulations of Alex Maleev, but in black and white. He works in the same contrasts as the previous book, but with the extra advantage of a snow blanket to heighten the white sections of the art. He makes the most of those winter conditions, particularly in illustrating the inventive car chase sequence early in the book, and supplies a suitably dark tone to the pages. Occasionally there’s a little too much shadow obscuring facial features, but not beyond the bounds of style, and his photo referenced precision in black and white constantly reinforces the bygone era.

We know of British Berlin agent David Percival from The Coldest City. In 1982, he’s ambitious and newly transferred to the partitioned city of Berlin, but on his first mission to the Soviet controlled East he’s identified and sent back home by the Stasi. It’s a loss of face, and feeds into the bigger plot that Johnston introduces, which is that Percival is to ensure the safe defection of a Russian viral biologist rarely permitted to leave his homeland. It seems to be a poisoned chalice, with leaky intelligence and the prevailing weather conditions conspiring against a successful conclusion in the limited time available.

Johnston’s attention to detail is exemplary. Early in the story a character introduces himself as representing the Planck Institute in Freiburg. It exists, and has been at the forefront of immunology research for decades. If you can trust Johnston on that, you can trust him on the remainder, and issues of trust bedevil the plot. Percival’s reputation and methods have ensured he’s not trusted by the German authorities, who want Berlin to remain a quiet city despite its precarious location, and he’s not entirely trusted by his bosses either. Johnston’s devious plotting continues, introducing some delightful complications, and the best advice would possibly be to just enjoy the story without attempting to work anything out. You’re in safe hands, and as all good spy thrillers should, it ties up neatly and satisfyingly, although without the final twist of The Coldest City/Atomic Blonde. The superior art, however, more than makes up for that.