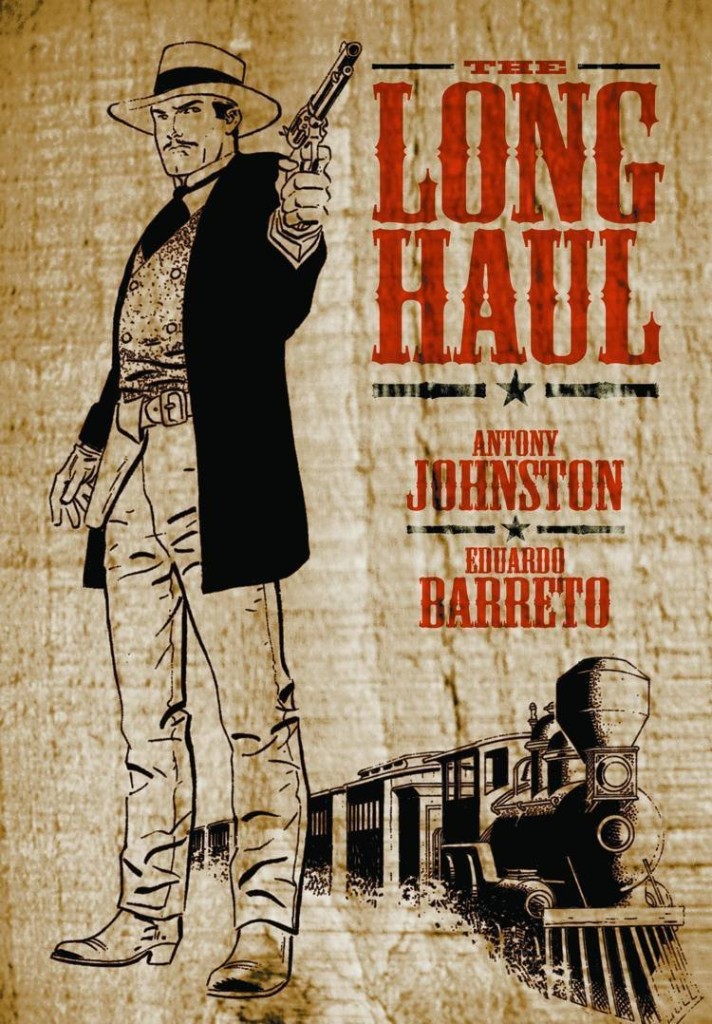 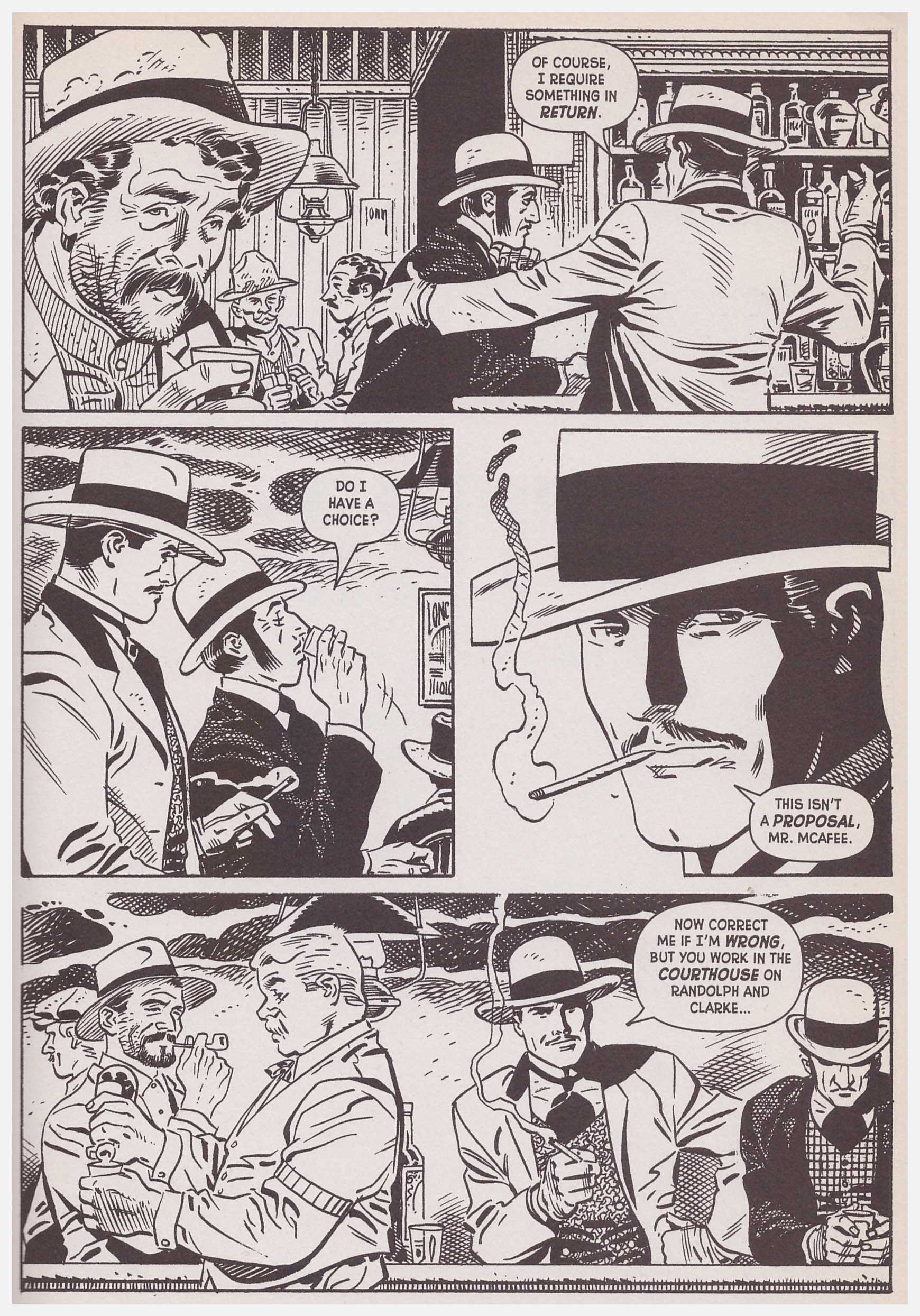 Antony Johnston’s not an award winning writer, and it’s fair to say that even the more aware graphic novel readers will struggle to put his name to a work, and that’s possibly the price to be paid for employment entirely outwith the superhero genre. He really should have greater recognition, as pretty well all his crime graphic novels are well-conceived page-turners.

Take The Long Haul. With a caveat discussed later, it’s a thoroughly entertaining caper story set at the tail end of the 19th century with a varied, charismatic and well constructed cast. The first to be introduced is Cody Plummer, who has the refinement to pass as respectable, but retains a long contact list from the days when he wasn’t. It’s been two years since he last experienced the inside of a jail cell, and isn’t keen to return, but the opportunity for one last heist is almost too good to resist. The icing on the cake is that the target is being protected by the Pinkerton agent who sent him to jail. This is score-settling rather than any ethical balance being corrected, but Cody is a likeable enough rogue that our sympathies lie with him.

In classic cinematic style, Johnston takes a leisurely approach to his plot, and the first half of the book is Cody gathering a gang together, each having a speciality. Johnston extends a saloon card game sequence in impressive style to 25 pages, the length of a standard comic, which has to be a first for graphic novels. Surely a reason this hasn’t previously been played out at such length is because it takes an exceptional artist to ensure the visual interest is maintained. Let’s introduce Eduardo Barreto here. While the quality of his superhero pages has never dipped below a professional standard, it also directly relates to how much interest he has in drawing them beyond a page rate. In The Long Haul he shines.

Apart from Cody, Johnston never really develops his cast beyond archetypes, leaving Barreto’s subtlety to create rounded characters from them. His art is certainly from the realism rather than the cartooning school, and he has the storytelling skills of a master. Were it not for the fact that no film company is interested in Westerns in the 21st century, there would be a suspicion that this was intended as storyboards for a film script. The plot certainly has that quality, and would transpose very simply.

The intrigue is maintained throughout the book, but unfortunately Johnston cheats with a fundamental plot pivot, and that rankles. Indications have been that no means no, so it disappoints to learn that it actually means yes, especially when the deceitful sequence could easily have been rewritten to make the plot work without cheating readers. Overlook that, though, and The Long Haul is a successful crime caper that deserves a wider audience.