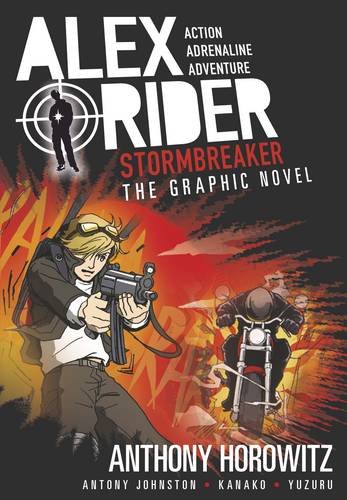 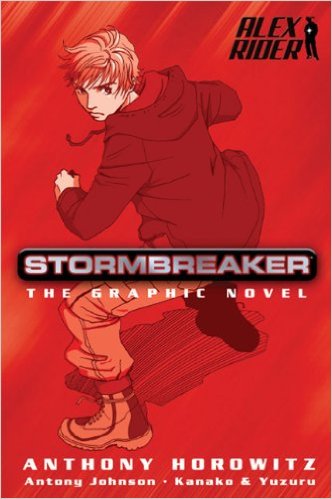 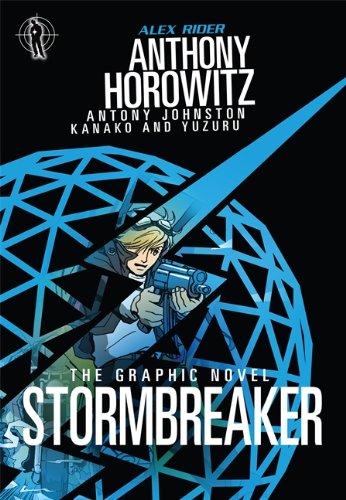 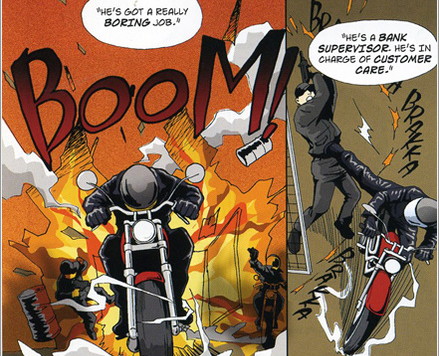 “He’s not a child, he’s a lethal weapon”, expostulates one character early in this adaptation of the opening volume of Anthony Horowitz’s mega-successful child spy thriller, as Alex Rider is sent to train with the SAS.

Horowitz adroitly scaled down James Bond to a teenager for his novels, and it’s a concept that’s worked when adapted to film and this graphic novel. Adapter Antony Johnston takes his cue from the original novel rather than the simultaneously released film, and delivers a sympathetic reworking, supplying the thrills, the invention and the best lines from the book.

Alex Rider is an orphan who lives with his Uncle Ian, strangely absent for periods more prolonged than might be expected for a banking specialist. Uncle Ian, though, has a job protecting the nation, and it would seem all those adventure holidays he’s taken fourteen year old Alex on, the self-defence training and the language courses have an ulterior purpose.

When Uncle Ian dies, officially via not wearing his seat belt, Alex is co-opted into MI6 via the threat of deporting the American housekeeper who looks after him. “What kind of people are you?” he asks. “Ones who normally get their way” is the stony response.

Darius Sayle (“Killing rare animals is one of my hobbies”) is a computer billionaire on the eve of donating one of his state of the art Stormbreaker models to every school in the UK. When Alex asks why he’s required to masquerade as a teenage computer geek to infiltrate Sayle’s organisation he’s told “We don’t trust him.” Not satisfied, Alex persists to hear “Well, we don’t trust anyone. It’s sort of what we’re for.” Suffice to say that lack of trust is warranted, and Alex, kitted out with an impressive array of gadgets, heads to Sayle’s company headquarters in Cornwall.

Sisters Kanako Damerum and Yuzuru Takasaki collaborate to deliver manga style art tempered for those used to Western storytelling methods. Backgrounds are minimal, but their characterisation is impressive, and their action sequences well choreographed.

While originality rests solely in the concept of a teenage MI6 agent, this is nonetheless very sprightly and enjoyable old tosh re-contextualising the tropes of the spy thriller with a knowing wink at the audience. It’s spawned three graphic novel sequels to date, continuing with Point Blanc. Don’t be put off by the series ostensibly being marketed at younger teenagers. Many great graphic novels are.