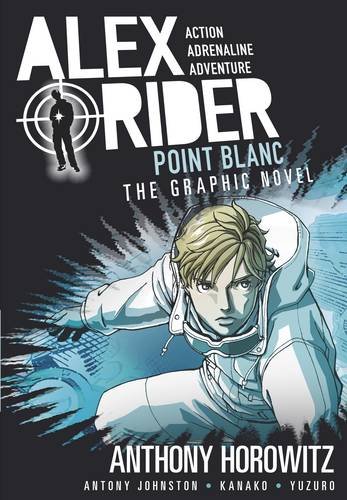 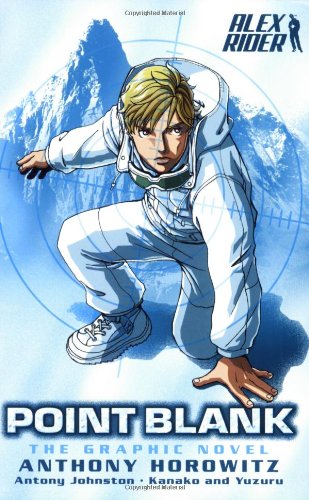 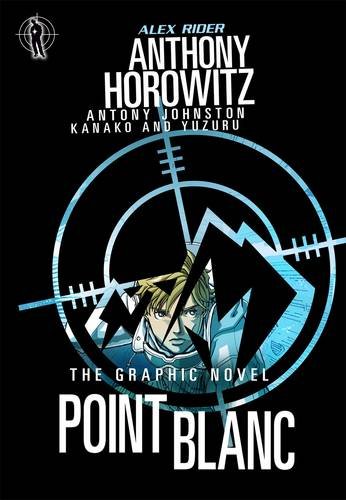 This adapts the second of Anthony Horowitz’s accomplished thrillers for teenagers starring fourteen year old secret agent Alex Rider. Even at this stage it’s apparent the franchise is based on formula, with many of the staging points from Stormbreaker receiving another run through, so the success depends on the construction of the set pieces punctuating the formula.

Horowitz is well up to that task, and adapter Antony Johnston transfers him well from novel to graphic novel. It begins with Alex bored at school, then finding the ideal opportunity to help his community, which doesn’t follow the predicted path in a well-conceived stunt (on the part of Horowitz, if not Rider). His exalted status leads him back to MI6, where it just so happens there’s another job for which he’ll be ideal.

The fathers of two boys at the exclusive Point Blanc school for troubled rich children have recently died in suspicious circumstances. It’s run by the suitably sinister Dr Hugo Grief and set high in the Swiss Alps, where the only way is down a sheer ski slope. “Nice place”, remarks Alex on arrival. “The building was designed by a Frenchman who was certainly the world’s worst architect”, responds Dr Grief, “When the first owners moved in they had him shot.” Yes, we’re back in the territory of the lip-curling, exaggerated cartoon villain. Dr Grief has a plan, but will Alex be able to discover what it is before he too becomes one of the astonishingly well-behaved former miscreants?

Given that the next volume is Skeleton Key, the sharper readers will figure that out, but Horowitz delivers a smart coda just when everything appears done and dusted.

Sisters Kanako Damerum and Yuzuru Takasaki again supply manga style art tempered for those used to Western storytelling methods. There’s a certain similarity to their faces with the exception of the gruesomely illustrated Madame Stellenbosch, Grief’s henchwoman and former weightlifting champion. Backgrounds are minimal, but their characterisation is impressive, and their action sequences well choreographed.

This matches the levels of excitement generated by Stormbreaker, but falls a little short when it comes to the panache of the dialogue.